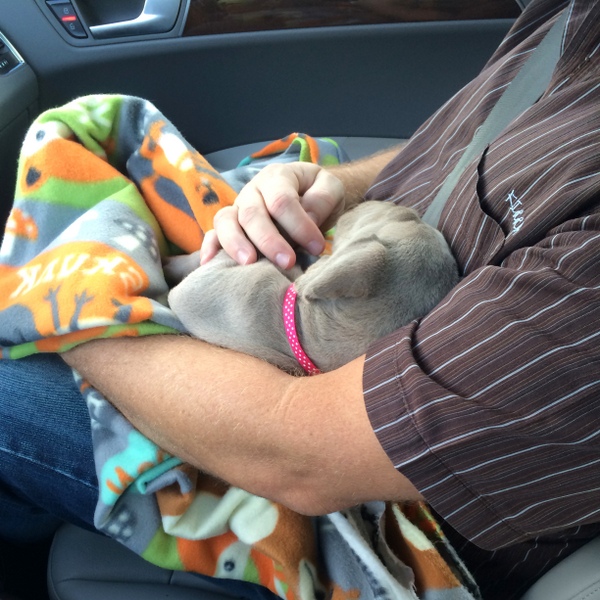 Socialization Period (5-16 weeks). Succinctly put, socialization is critical to the success of a Weimaraner puppy. Done correctly, it reduces the number of things in the world that a Weimaraner puppy might be frightened of and it continually provides the experience of first being afraid of something, but then recovering from it. This “bounce-back” is one of the most valuable traits anyone can “teach” a dog. And, the more a puppy recovers, the less it’s afraid of things. Some of the things we’re doing this week is exposing puppies to smells, textures, surfaces, sounds, vibrations, tastes and sights. And, the more strangers we can introduce, the better. Dogs have very acute hearing and must learn to ignore the thousands of sounds that don’t affect it and learn to concentrate on those that impact its life. Undersocialized dogs are shy, fearful, become defensive, discriminate threats inappropriately, and may even bite out of fear (expecting and nursing mothers don’t count :)). One last note on socialization: This is an ongoing process for the life of the dog; don’t stop after 16 weeks.

Curiosity Period (5-7 weeks). During this time, puppies are curious about EVERYTHING – they want to climb, crawl, investigate and taste EVERYTHING. They have a very little sense of fear (which is also why socialization is good at this time!) and will approach and investigate anything and everything. Their increased motor skills and mobility helps. This is the week to introduce scarier things: strangers, tunnels, boxes,water, and other stuff puppies can climb over or crawl through.

Barrett puppies. Below are just a few of things the 2014 Torque x Friday puppies are getting this week: 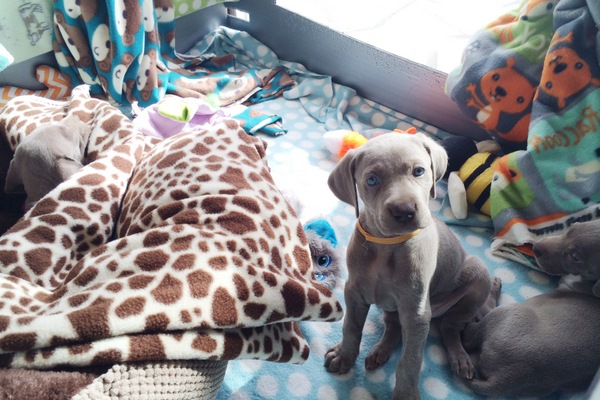 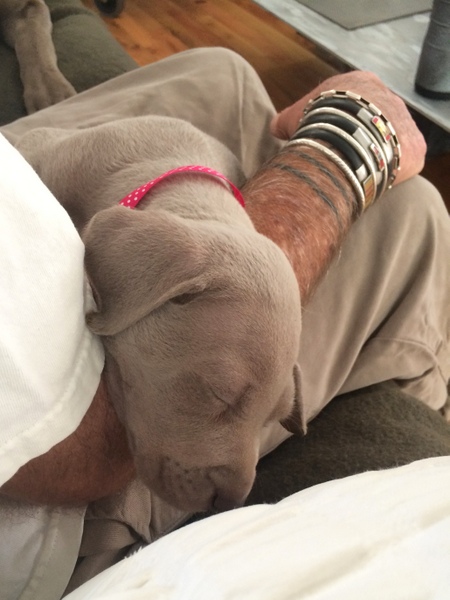 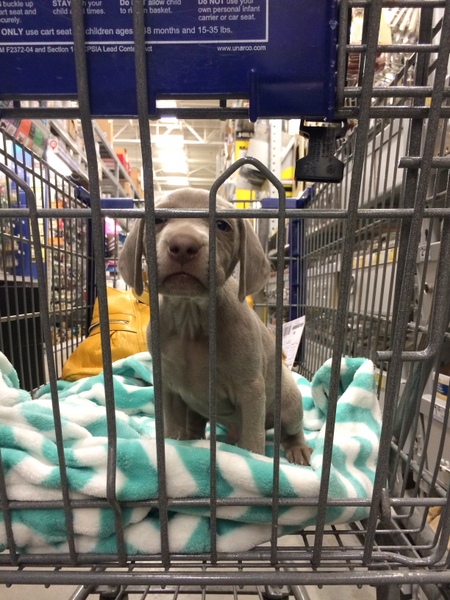 Monkey in the shopping cart at Lowe’s. 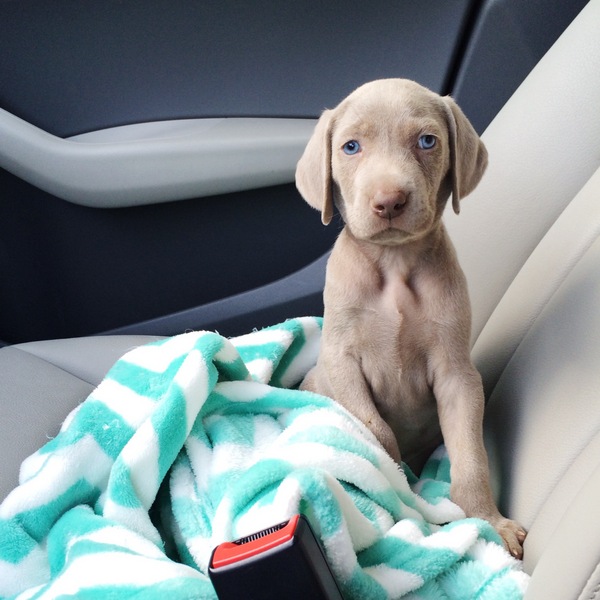 Monkey in the car. What a handsome man. 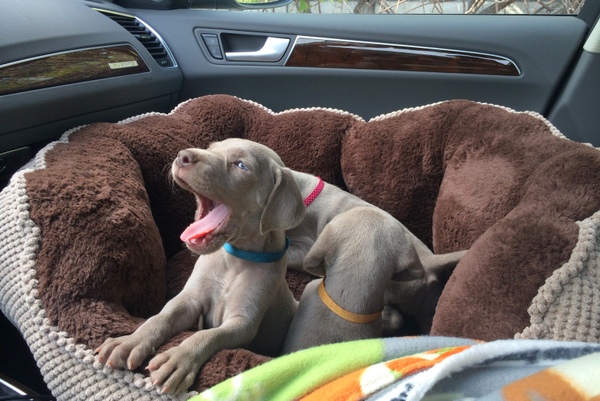 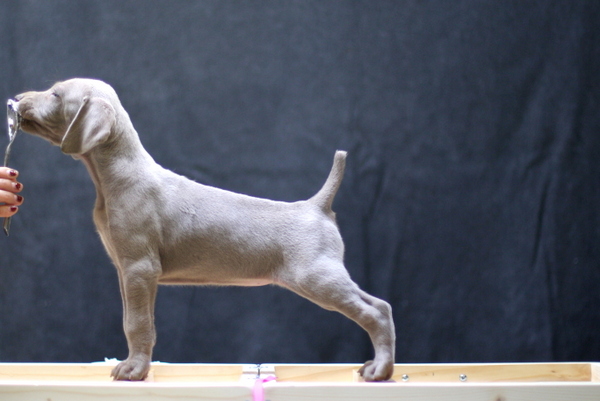