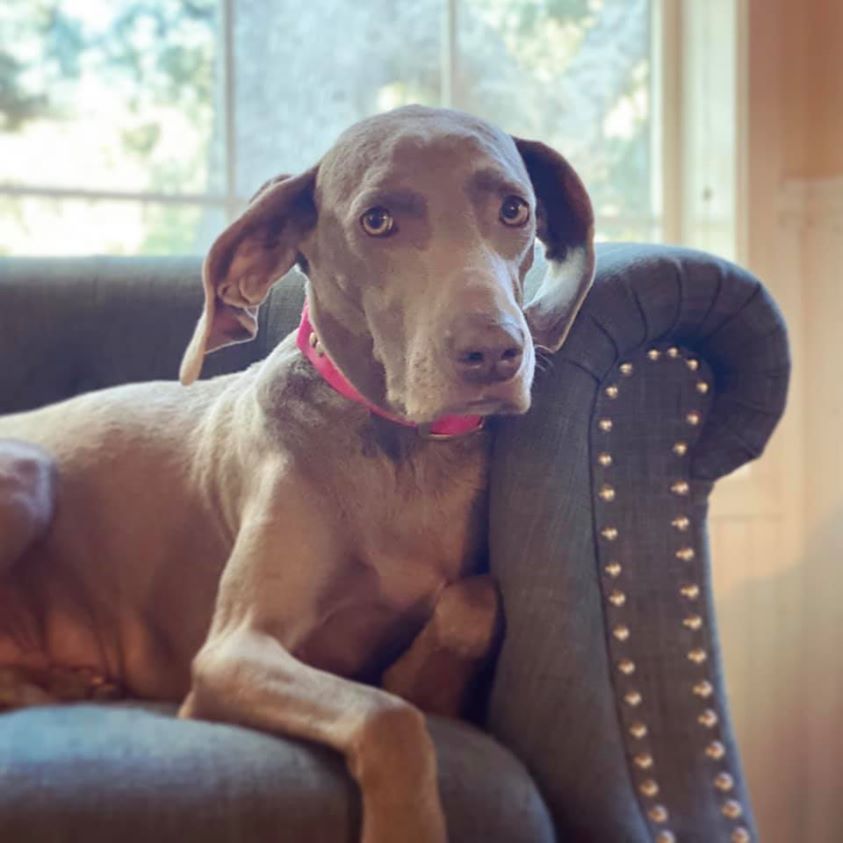 Greetings! The following is a micro-blog to photo-journal the Summer 2020 Boulder x Stella as well as the King x Gracie puppies. The Stella litter is co-bred with Anne of Touchstone Weimaraners and the Gracie litter is co-bred with Erin of BaseCamp Weimaraners. Both litters will be raised at Kim’s house in Tehachapi, CA. There’s also a third litter, with King x Luna. While we are busy raising the Gracie and Stella litters, our friend Beth (Sporting Dogs B&B in Lancaster) has graciously offered to raise the Luna puppies, so we are keeping a separate blog of those kiddos. #ittakesavillage 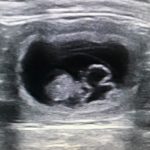 Expectation. July 15th. Gracie and Stella Litters. After MONTHS of negative ultrasounds, we were beginning to think there was something in the water. Or maybe we pissed off the fertility gods. Or maybe it was just our “turn” to regress towards the statistical mean. Whatever it was, we took it as a sign to chill out. Netflix a few tearjerkers. Knock back a couple margaritas.

And then we went to work on a Plan B. And then a Plan C. And now that we’re on Plan W, or Plan X (depends on how you’re counting), we’re pleased to announce that we finally have some potatoes in the oven. !!!! They should be fully baked by August.

We’re beyond excited. But if we’re being honest, we’re also a tad freaked out. Will everyone be healthy? Will the temperaments align the way we need them to? Will puppies be able to hunt their way out of a paper bag? Will we get some good athletes in the mix? Do we have the proper homes lined up? Do they know what they’re signing up for?!?!?! Do they realize that puppies are jerks and that their entire lives are about to change? Are they dedicated and committed, regardless? (BECAUSE IRREGARDNESS IS NOT A WORD. !!! Sorry, English Majors here.)

Are we ready for another 56 days of doing daily puppy photos?!?! 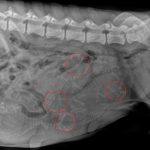 Mandate. July 25th. Gracie Litter. GRACIE is confirmed via x-ray to be expecting four puppies within the next week. (Hey, that’s three more than what we thought we were going to have since the ultrasound only showed us one!!!!)

Many, many applications (north of 50) were received from families who were opposed to crates. In general, these families also checked off, “I’m comfortable having my dogs loose in the house/yard.”

From just one question on our prospective owner questionnaire, we’ve learned two things: 1) There are lots of folks out there who don’t believe that dogs should spend time in crates, 2) This population shouldn’t have a puppy out of the upcoming Gracie litter. (This is also why 0% of this population is on the list for a Gracie puppy.) Click here to read WHY. 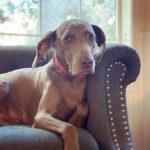 Patience. July 29th. Gracie Litter. One of the drawbacks to a good ‘ol fashioned live breeding is that we actually don’t know when Gracie is due. Based on the days she was bred, puppies were due as early as last Monday, but as late as this weekend. And since we don’t know, all we do is sit around the house and wait for Gracie to come into labor. For the record, she’s tired of us following her around the house asking, “Is it time, are you ready, how do you feel, can we get this started now???” #iflookscouldkill 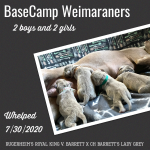 Reward. July 31st. Gracie Litter Day 1. Erin and I are pleased to report that Gracie delivered two boys and two girls yesterday after a quick and uneventful labor. All four puppies are voracious little eaters. As expected, the kids are alert and active; in less than 24 hours we’ve already observed them moving quickly throughout the cabin. We’ve also landed on a litter theme: The Robin Hood Four. Puppies are identified as follows: Blue Collar Girl, Green Collar Boy, Black Collar Girl, and Brown Collar Boy. 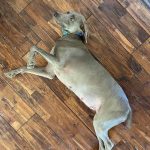 Village. August 2nd. Stella Litter. Breeding isn’t done in a vaccuum. In fact, if you look closely, you’ll begin to see a pattern of breeders working together to produce the next generation of Weimaraners. [And you should also be alarmed if you don’t.] As for the upcoming Boulder x Stella litter, this is a collaboration that I’m really excited about for so many reasons. Behind these dogs on both sides are ladies (mah gurlz!!!) who are not only true stewards of the hunting Weimaraner, but are my close personal friends as well (a laYa-Ya Sisterhood). As a function of that, we are all guilty of spontaneously getting together for group chats and phone calls, and we may or may not also be culpable of traveling thousands of miles just to spend a few hours in the same room together. As a collective, we will know more about these future puppies than anyone will ever want to know. Got a nooker? It came from Pappa Boulder. Boobies slightly offset (yes, it’s actually a thing)? Probably Gramma Friday’s fault. Got one that worships you? Probably came from Grampa Judd. Incessant need to hang her chin on your lap? Blame it on Mamma Stella. And so on. Bottom line: be prepared for an adventure! 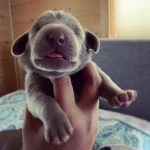 Record. August 5th. Gracie Litter Day 6. In Gracie’s litter of four puppies, three of them were born “extra large” and one of them was born “small.” It turns out that tonight’s biggest porkchop is Black Collar Girl, who now holds our heavyweight record for coming in at a whopping TWO POUNDS at six days of age. Seriously, in the three generations we’ve been doing this, we’ve never had a double-pounder at less than a week. !!! Not only is she hefty, but this girl is also a squawker. I have to place her onto the scale’s container upside down because if i don’t, she’ll whine and climb right out before the numbers are locked. If I were a betting person, I’d put $100 down on “she’s a keeper.” But let’s see. 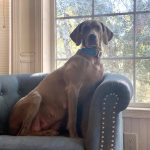 Inundation. August 7th. Stella Litter. While we’re excited about the impending arrivals, we’re even more stoked for the new families. For some of them, this is their first time buying a puppy from a breeder, so for the next eight weeks, we’re going to inundate everyone with so much information you’ll all know more than you ever want to know… about Weimaraners, about raising puppies, about what to expect, what to work on.

We’ll give you the good, the bad, and the ugly. We hope that folks out there will learn about what goes into producing a litter of puppies, what goes into their upbringing, and perhaps most importantly, what is needed to make them the best dogs ever.