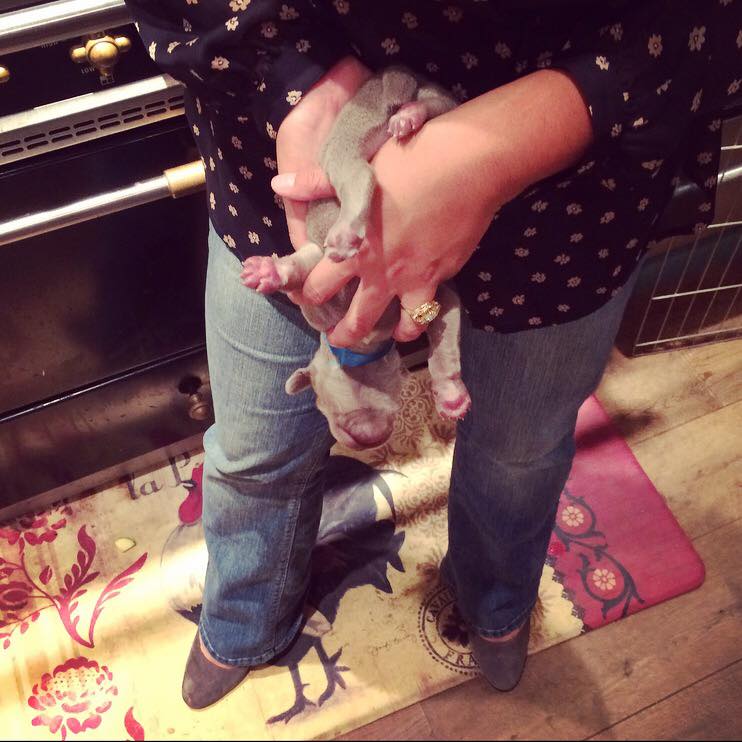 Neo-Natal Period (1-14 days). The puppies are in the Neo-Natal Period (1-14 days), as described by Kathryn Lanam in her “Behavioral Development of Puppies” article, published in the Dewclaw Magazine in Summer 2002. It is pretty amazing to watch them progress, even though they are still helpless and completely dependent on their mother. Puppies cannot see, hear, or regulate their body functions such as temperature and elimination, but they can smell, and are very good at finding out where their mom is. They generally do this by crawling around in a circle, and moving their heads from side to side until they find Mom or the heat lamp. If they are hungry, stepped on, or otherwise distressed, they’ll squeal, and you’ll hear it.

Every Barrett puppy produced has been “Bio-sensed,” as described in an article published by Dr. Carmen Battaglia. This article reports on research by the U.S. Military program called “Bio Sensor” or “Super Dog,” which shows that “early neurological stimulation will have important and lasting effects” on puppies. From day 3 through day 16, we are performing the following for 3-5 seconds each day, on each puppy:

According to Battaglia, this “kicks the neurological system into action earlier than normal, and will benefit the puppy with improved cardiovascular, stronger heartbeats, stronger adrenal glands, more tolerance to stress and greater resistance to disease.” Since some of these puppies are destined for the show ring, these exercises will help puppies be more active, more exploratory, calmer, and less distracted when working.