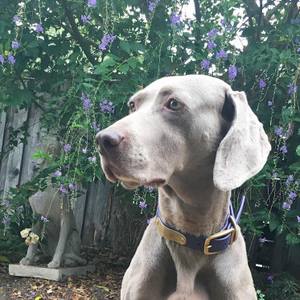 In 2011, it was clear that BrittaBarrett was “Barry’s dog,” and I wanted another Weimaraner that was “mine mine mine.” We welcomed Miss Friday to the family and thought the house was complete. We had one dog for each of us.

In 2012, I slogged through a season of showing Friday and didn’t really get anywhere. [See also: I had no idea what I was doing.] So I enlisted the help of Louise and Rob, who got it done for me. From the sidelines, I watched and I learned.

In 2013, Friday finished her show career and cleared her health tests, so we dipped our toes in “breeding.” For the first time, I uttered the words, “honey, this may be the only time we do this, we have to keep a puppy.” Still with no idea what I was doing, we kept back Black Collar Boy. No one thought he was the pick puppy, or even the pick male, but “I” liked him anyway. So BOULDER stayed.

In 2014, we repeated the breeding. I thought about keeping a puppy out of this litter too, but got some great advice from Holly saying, “you can’t keep something out of every litter.” So I prayed to the dog Gods that I was sending GRACIE to a home that would do right by her.

In 2015, new families started their journeys with puppies out of Friday’s final litter. BUG went to live with Erin, STARK went to live with Carlos and Jana, ZANIE went home with Louise and biological pappa Torque, and I held back ELLIE (until I decided she was happier with Mara).

“And then a bunch of show and field stuff happened.”

Yesterday, we took “the Barrett kids” to the 2016 WCA Western Show Futurity/Maturity. (For the uninitiated, the purpose of the WCA Futurity/Maturity Program is to “reward the efforts of the breeder but also the owners who are responsible for fulfilling their Weimaraners’ unique potential. Recognition is also given to the sire for his genetic contribution to the breeding.”)

In a nutshell, FRIDAY had SIX kids who went to their Futurities and Maturities, both on the show and field side. As of yesterday:

ALL SIX HAVE PLACEMENTS.

– BOULDER, Best Dog in Maturity (Ventura/2016), First Place Senior Dog in Show Futurity (2015/Portland), Third Place in National Field Futurity (2015/Ardmore). Boulder was acknowledged by the WCA with a front cover in the March 2016 issue for his “Dual Futurity” achievement.

– BUG, Winner of WCA 2016 Western Field Futurity (2016/Kingman) AND Fourth Place Intermediate Bitch in Show Futurity (Ventura/2016). I hope the WCA will get us on another front cover. 🙂

Through my sobbing tears this morning (#emotionalmess #sleepdeprived), I want to thank EVERYONE who has had a part in the success of these kids. (FB will probably flag me for spam if I try to tag y’all.) You know who you are and you know that I love and appreciate you. Without you, there is no us. Without no us, there is no THIS. It’s as simple as that.

I am in awe of where we are today.

And finally, I want to dedicate this to “My Gal Friday.” None of this would have been possible without her. Literally. Figuratively. And everything in between. The force is strong with this one. Thank you for everything, but mostly, for being my constant companion. I love you FriFri. ❤️

Edited to add: Friday wants me to tell everyone that she was happy to make awesome babies, on the condition that she NEVER SETS FOOT IN A SHOW RING AGAIN. She also says that if I drag her back into Veterans, she’d run away and I’d never see her again. Geez. How do you really feel about the shows?! 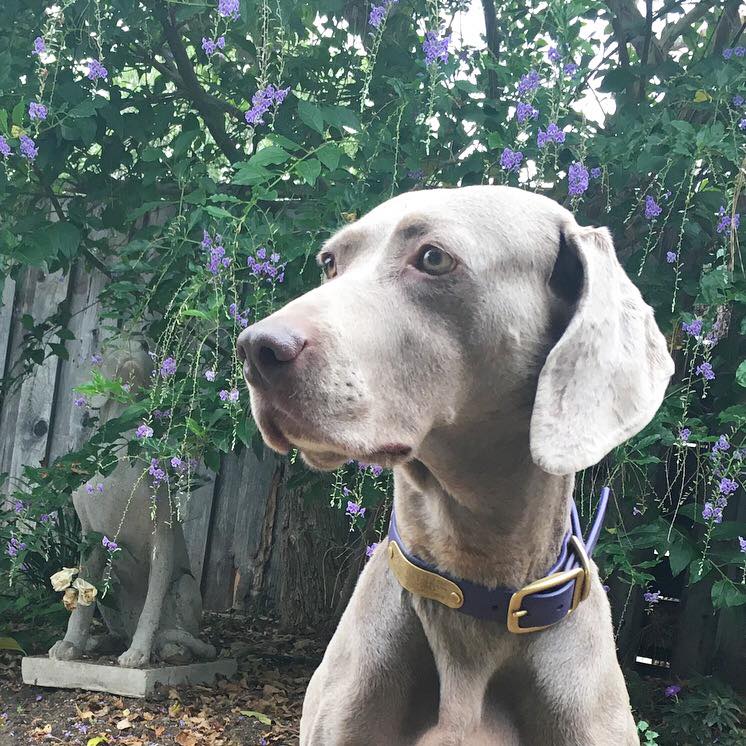