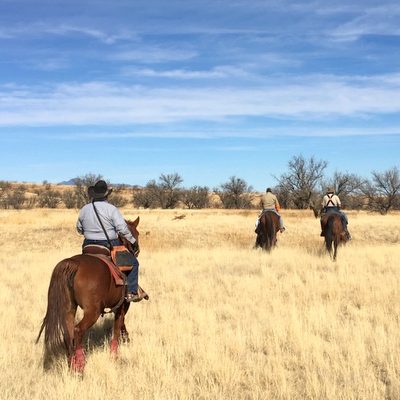 Here are some introductory articles, from Wikipedia, Ames Plantation, and AKC. Also, here’s an article from Pheasants Forever about the difference between a hunt test and a field trial.

Field trials are enjoyed by thousands of hunting enthusiasts across America. The owners, professional handlers, and trainers compete, following the sun from the prairies of our heartland in autumn to the warmer climates of the southern states during the winter months, retracing to the Midwest and North Central states in the spring.

The following is a narrative by William F. Brown:

One of the priceless heritages that brightens the life of the American outdoorsman is the sport of field trials. When one speaks of a field trial, the average sportsman is likely to think in terms of bird dogs.  There is no question that competitions for the pointing breeds are far and away the most popular and, as an organized sport, boasts a background of over one hundred years.

The object of field trials is the promotion and development of the high-class bird dog. It is a means of enjoying the great out-of-door sport of bird hunting in the most aesthetic fashion. It aims to provide competition of the highest kind among bird dogs, to stimulate enthusiasm among owners, and to act as a practical guide for breeders by setting a high standard of performance. Field trials mold opinions of conformation and perfect the mechanism of the ideal bird dog. There is a particular physical makeup of the well-bred bird dog that is indispensable to the performance of those duties wherefore he is highly valued. Without this equipment he is not so well fitted to perform those duties in a finished fashion. Bird dog trials thus influence physical standards. Although field qualities are all-important in the utility bird dog, it is desirable to have beauty of conformation, with brain power, intelligence, and bird sense.

Field Trials afford a careful evaluation of a dog’s overall performance in addition to serving as an excellent proving ground of dog breeding and bloodlines.  The dogs that are entered in these competitions by owners and trainers are hereditarily the most proficient, and contribute the finest progeny to actual gunning.

Now for a bit of condensed History:

Field Trials in recorded history began in Britain in 1866. America’s first recorded field trial was held in 1874 near Memphis, Tenn.  Written record shows that the first AKC Field Trial was held in 1924 by the English Setter Club of America on their grounds in Medford, N.J.

Breed clubs began forming to put on field events.  The German Shorthaired Pointer Club of America had its first trial in 1944 in Anoka, Minn.

The first AKC National Championship for any breed was in 1953.  It was held by the German Shorthaired Pointer Club of America at Volo, Ill. The first National Champion was Dandy Jim V Feldstrom (m) owned by Clark Lemley, M.D.

The original AKC trials were for foot handlers. In 1966 the AKC regulations were amended to allow horseback handling. This was such a popular decision that participation in AKC Pointing Breed Field Trials soon doubled.

In 1966 the German Shorthaired Pointer Club of America held its first National Amateur Championship in Denver, Colo. Unfortunately no winner was named.

The AKC, in an effort to improve and increase the scope of its pointing breed field trials, began the AKC Gun Dog Championships in 1993. This has become an immensely popular event with both Retrieving and Non- Retrieving stakes. The event is held in the spring of each year and rotates around the country to give everyone from each region an opportunity to compete.

Today, hundreds of AKC Pointing Breed Field Trials are held each year. Total entries number in the tens of thousands.

The AKC Field and Amateur Field Championship program has seen thousands of dogs gaining titles since its inception.