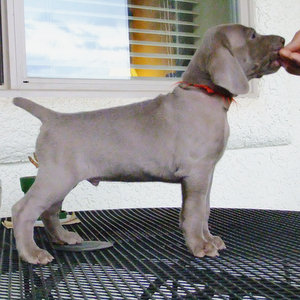 Below is a photographic summary of the Boulder x Lenka puppies in their second month. (Boulder is our stud dog out of our Friday’s first litter, and Lenka was bred by Weimshadow Weimaraners and owned by Smokey Topaz Weimaraners.) Thank you Debbie and Jim of Sierra Vista, Arizona, for doing such an amazing job with these puppies! 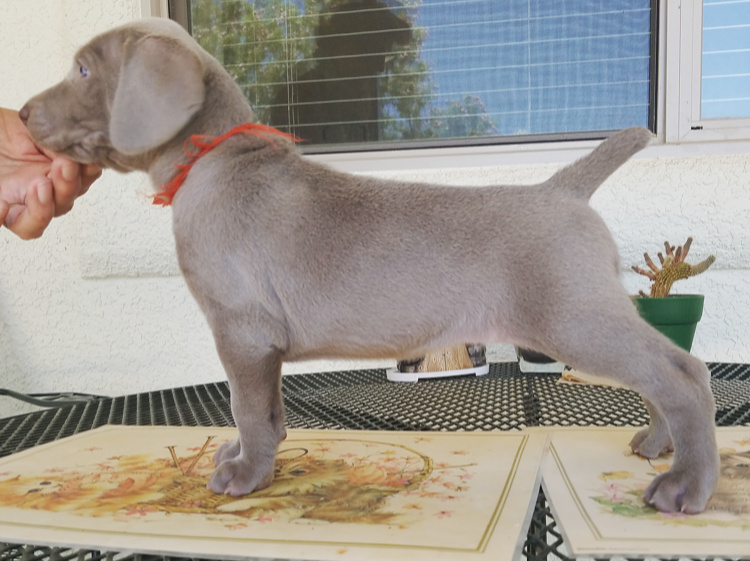 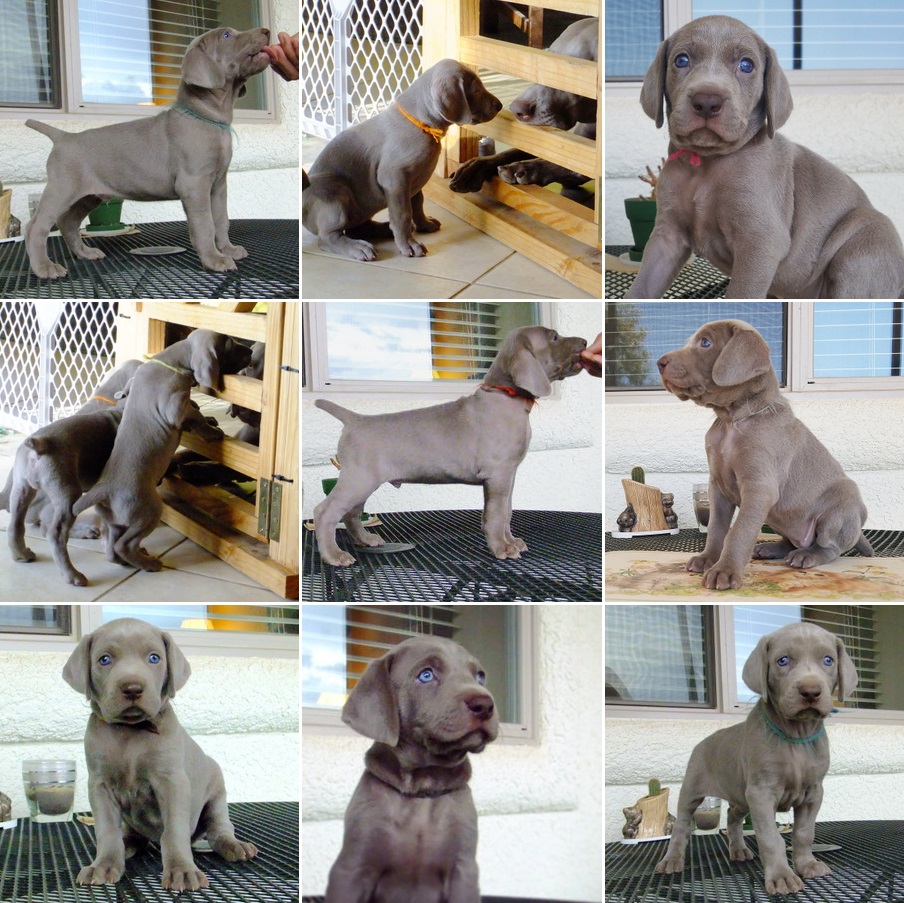 Puppies at five weeks, learning how to sit and stand for photos! 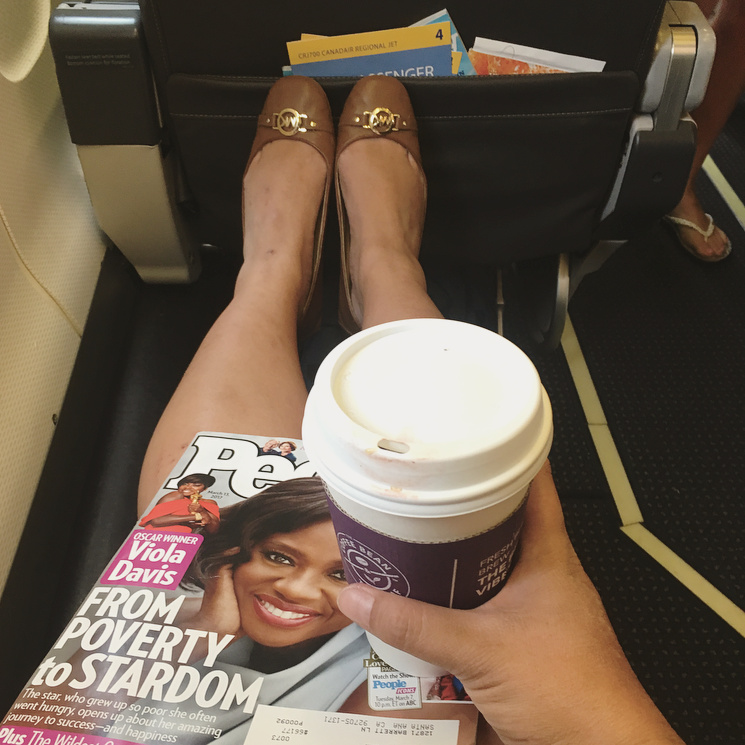 Loads of leg room. Thanks, Southwest!

By mid-June, I couldn’t stand it any longer and booked a flight out to Tucson, Arizona, to meet the puppies. Jim and Debbie picked me up from the airport, and I spent the next 24 hours with nine beautiful puppies, and their lovely biological mother. 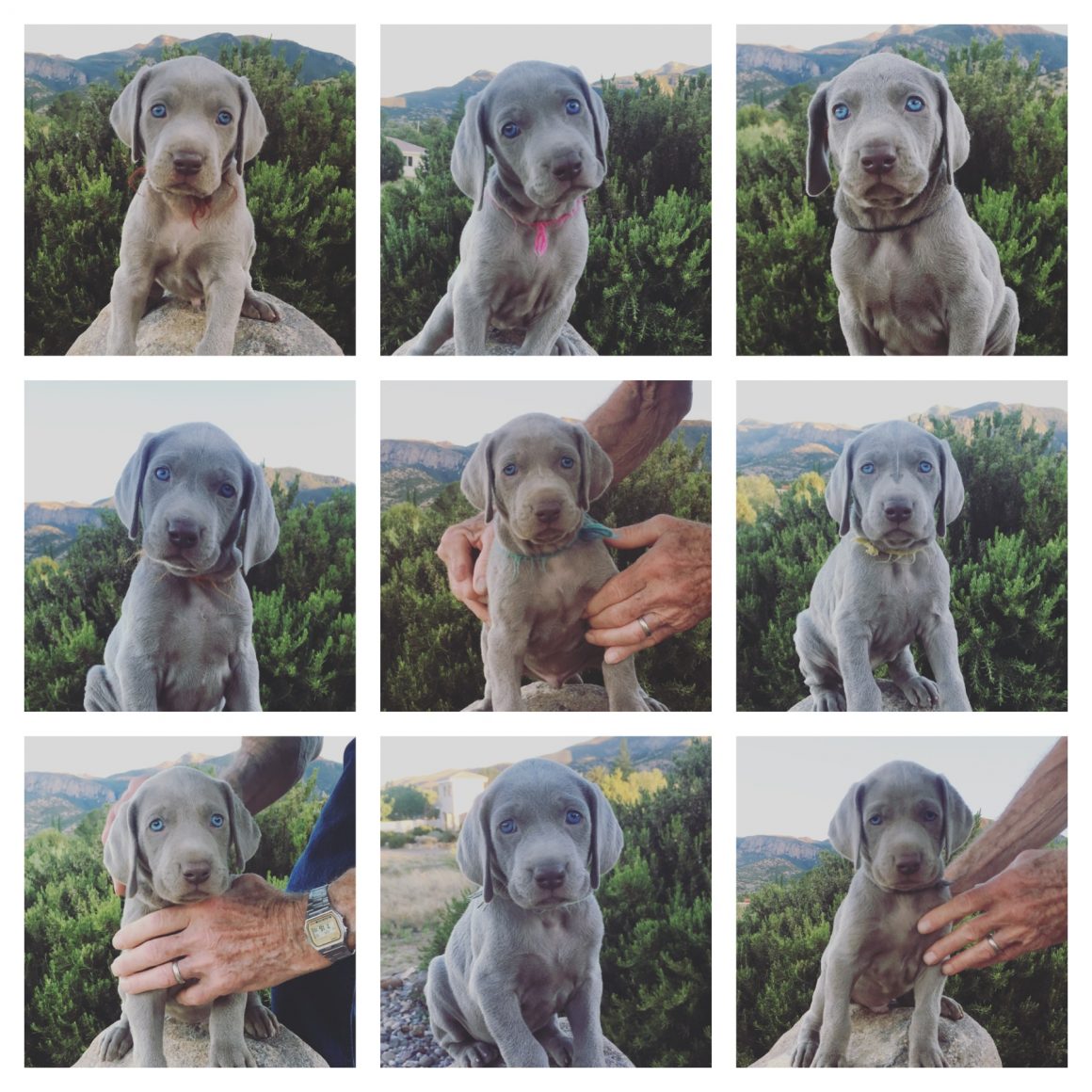 In the morning, we had one last play session with the puppies, stacked a few of them up, and then I headed back to the airport for the flight home. 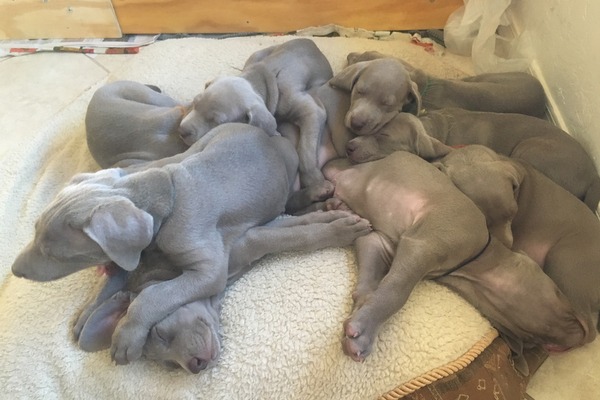 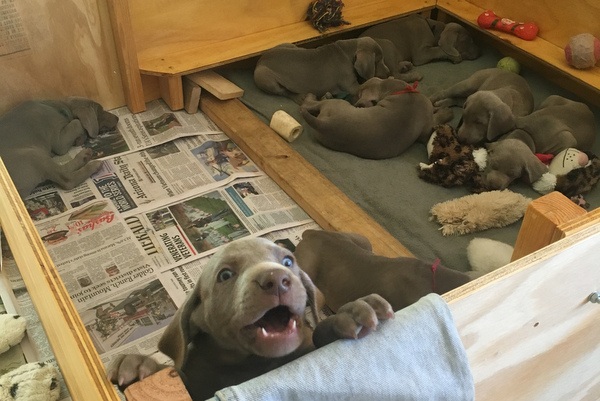 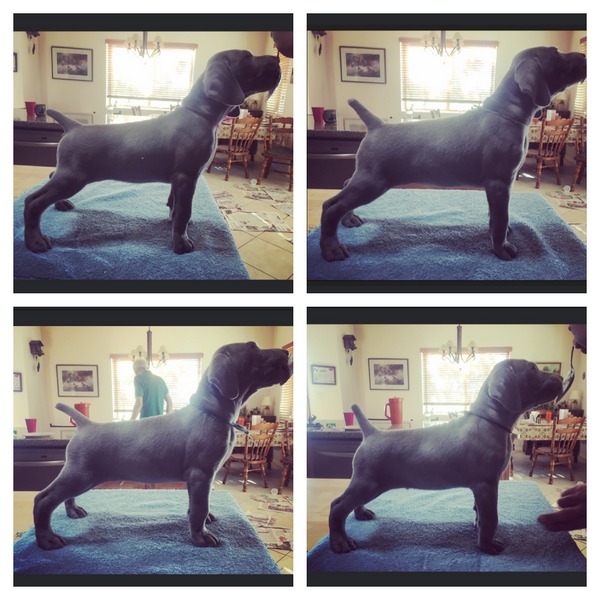 The following week, my friend Garret and I drove back to Arizona to visit with the puppies again, and also take the litter back to Southern California, so we could raise them for one last week before placing the puppies in their new homes. 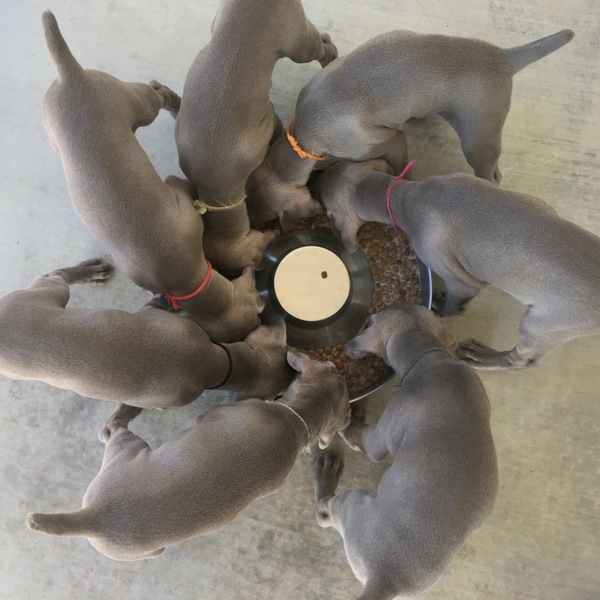 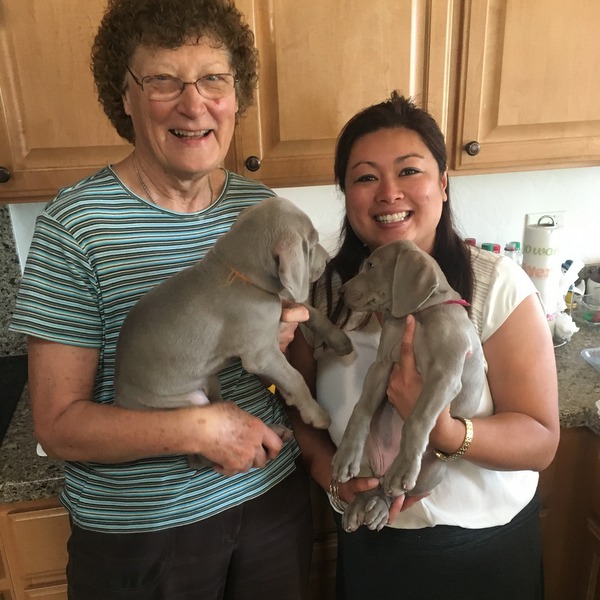 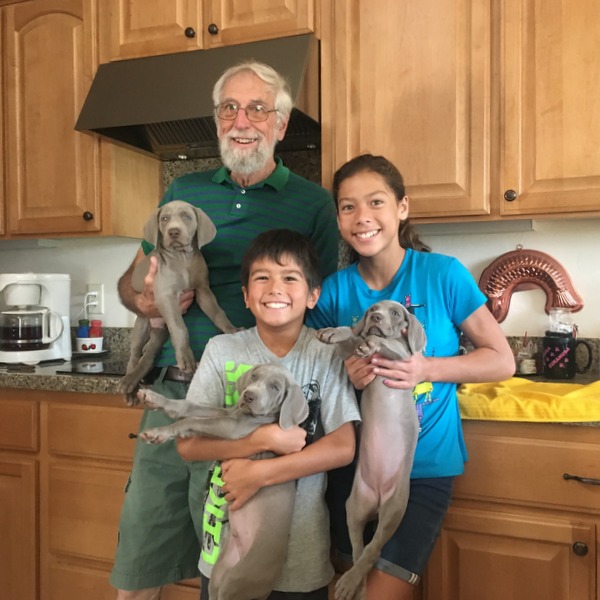 Debbie’s husband Jim and two of their grandkids 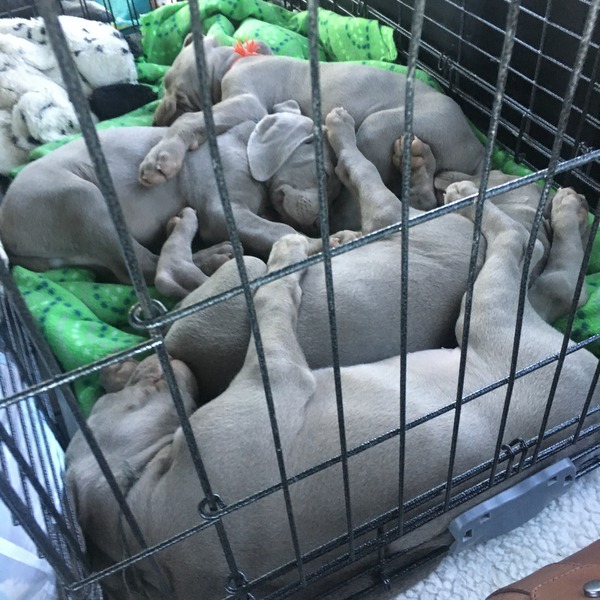 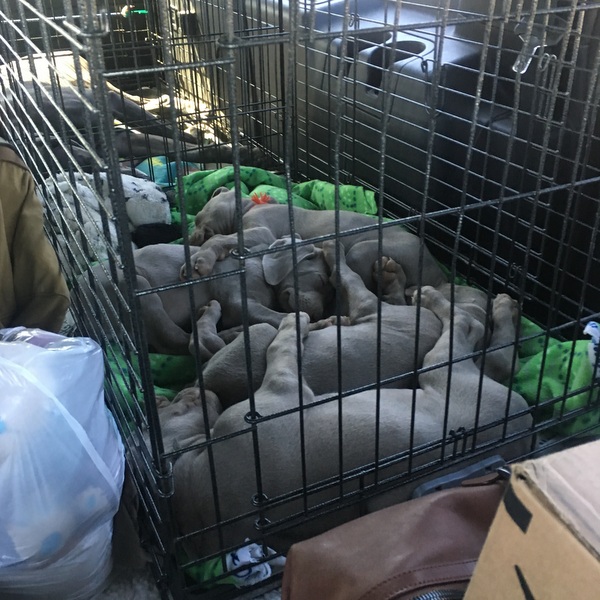 A couple of hours into the trip, we made a potty pit stop in front of a police station #safetyfirst

And a few hours later, we made another pit stop at the Feore residence in Glendale, AZ (they own half-brother Barkley from Boulder’s previous litter)

We made it home 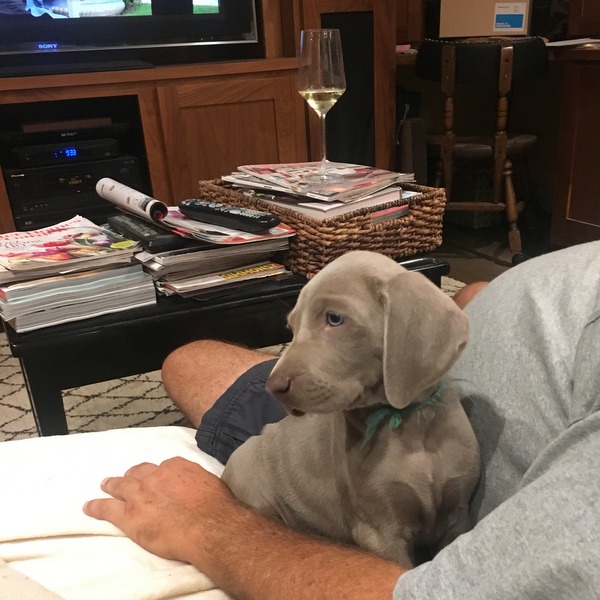 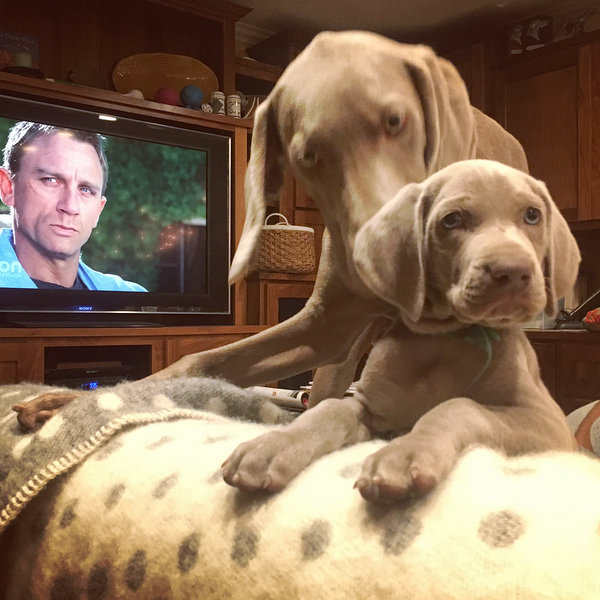 And bonding time with… Bond #wesofunny