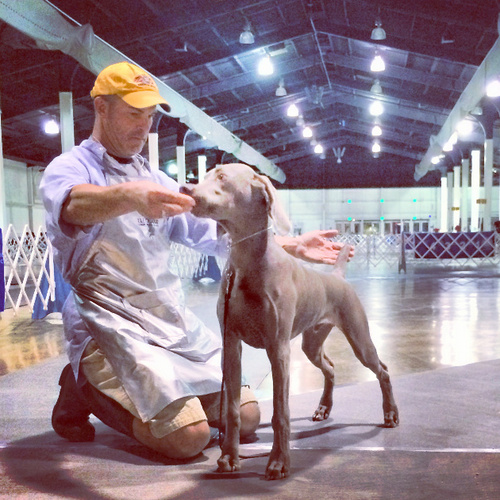 At six months and three days old, Boulder Man Barrett will barely qualify to participate in his first day of dog shows… which starts tomorrow.

So tonight, I took him down to show grounds so he could meet his handler, Robert Scott, for the first time. Once upon a time, Robert handled Boulder’s mother, too. 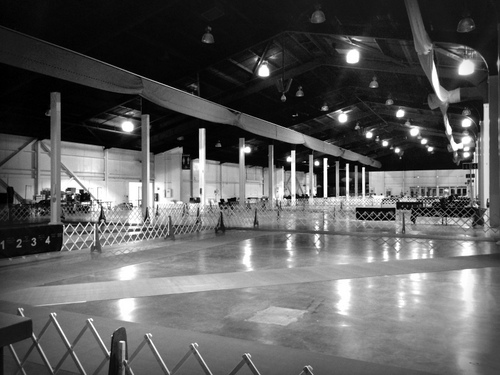 There’s something about roaming the show grounds after hours; it reminds me of being at my high school after dark. A little… eerie. Quiet. Void of activity. Serene.

Robert asked me if I had been preparing Boulder. Stacking him, baiting him, walking him on a lead, groping his balls…

No. Not quite. Truth is, it’s been a busy few months and Boulder’s been living the loosy goosy life on the sofa with his mom and his aunt.

But Robert worked with him, anyway. 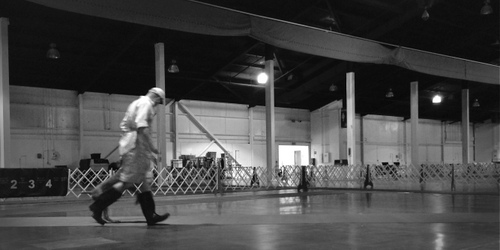 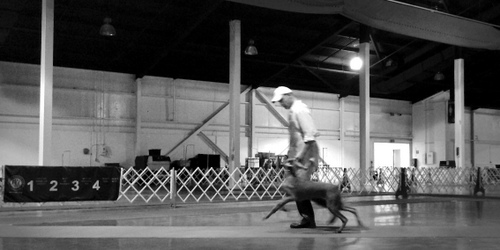 …back again… (and Boulder’s jumping because he hasn’t quite figured it out, yet). 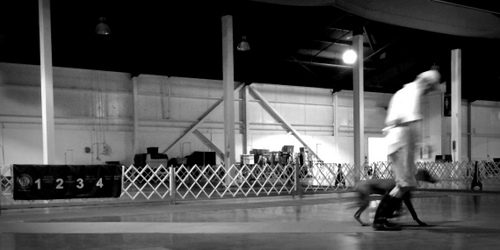 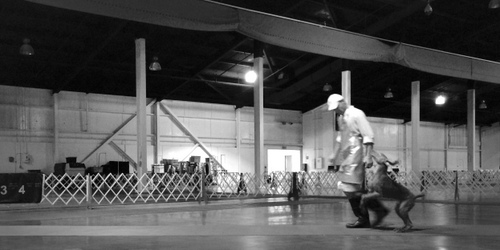 …and back again… (still jumping)… 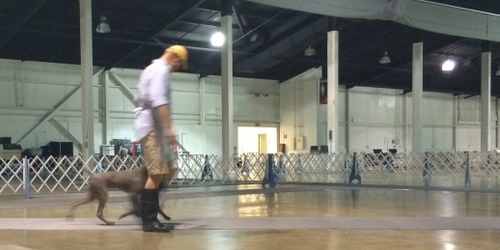 Eventually, he settles down and figures it out. 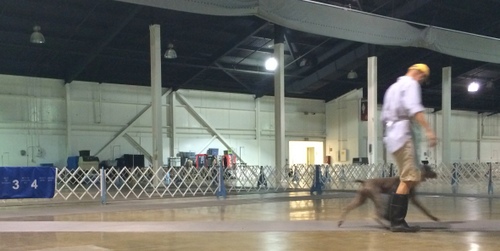 And he starts picking up what Robert’s throwing down. 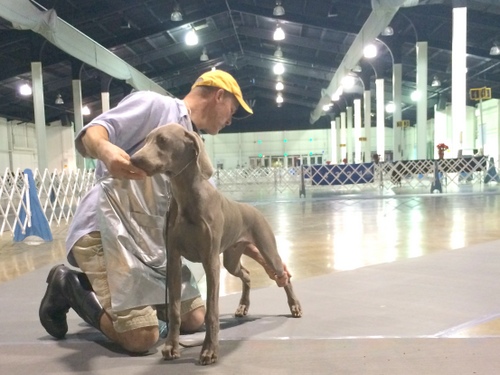 And he works on stacking him. 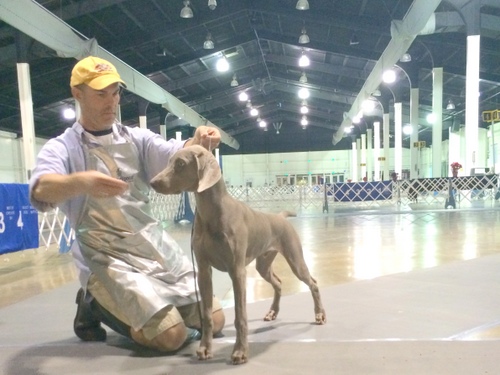 Baby Boulder is a pro.

The boy took to stacking like a duck to water.

I’m excited to see what he will do tomorrow.