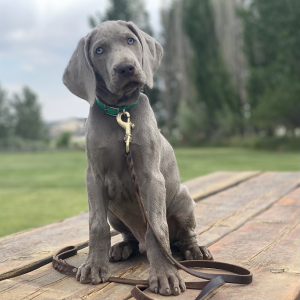 Proper enrichment and socialization are vital components to the overall Barrett Program. Below is an example of how one special little puppy is being raised, right here at Barrett HQ. (We are using this socialization checklist as a guide.) . Cane is now Sampson and lives nearby with the Ulrich family and made his show debut in October 2021 by going Winners Dog, Best of Winners, and Best of Opposite Sex at the Black Mountain Kennel Club shows!!!

October 17, 2021 – Sampson getting warmed up at the 2021 Black Mountain Kennel Club Shows in Henderson, Nevada 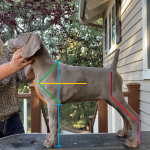 RAISING CANE. Day 75. He’s not supposed to be this pretty. Really. I mean, his mom is a show dog and all, but his dad is a field trial dog, with zero ancestors having ever stepped foot in a show ring. While baffled, stranger things have happened and I’m happy to just bask in the beauty that is this 10-week old creature. Cane has a lot of great things going for him. In blue, you can see that his measurements between the withers (shoulder blade) to the elbows, and the elbows to the ground are equal. In green, his lay of shoulder is set beautifully. In orange, his prosternum is prominent. In yellow, his ribcage is moderately long. Oh, AND THE TAIL!!!! He’ll carry it high all day long. The only two things I don’t like about his structure right now is that his tibia (in red) appears long, as are his hocks (purple). Overall he’s also more square than I like, and his thighs aren’t as broad as I prefer, but hey, there’s no such thing as a perfect dog. What you can’t see from this photo is that Cane is outgoing and confident. He’s also compliant and obedient. In other words, Cane is well on his way to becoming a GREAT specimen of the Weimaraner breed.

For those interested in learning more about Weimaraner structure, take a look at the WCA’s Illustrated Weimaraner Standard. 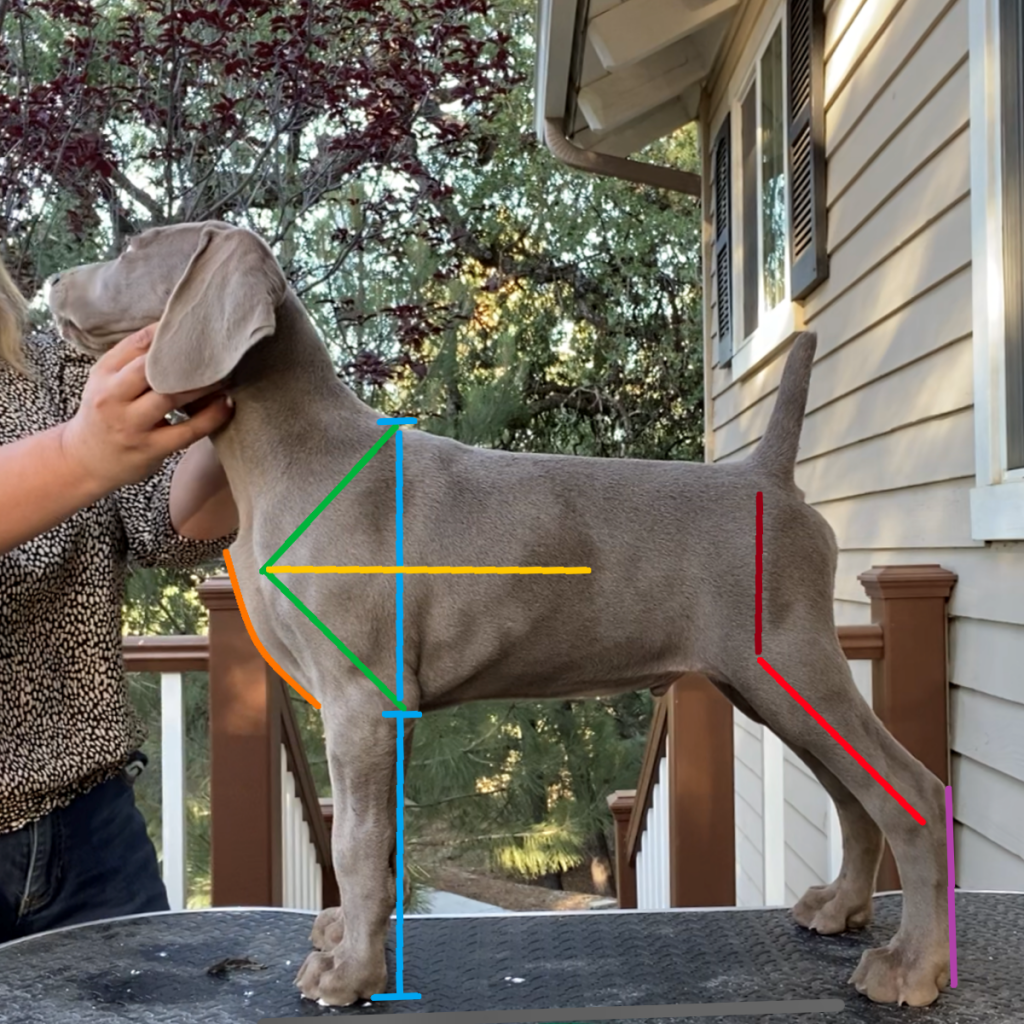 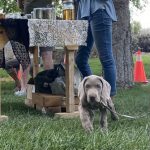 But little man is having a fun weekend. We are in Boulder, Utah, the place that CANE’s grandpaw BoulderMan was named after.

Going to the farmers market

Jogging on the road with Auntie Jynni

Stacking pretty at a coffee shop

Picking out a puppy toy

Splashing in some water

Posing on a picnic table

Wading in a creek

Scoping out his (possible) future home, you know, if he’s lucky enough to become a permanent resident 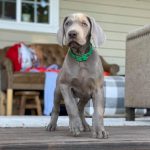 RAISING CANE. Days 58-63. This hunk of a fella was bred and raised by L&L Weimaraners but returned to the Barrett mothership last week for further evaluation and testing before placement in “the right home.”So far, we know he’s beautiful. He’s bright. He’s confident. He’s athletic. He’s friendly. He’s independent. He’s bold. He stands. He MOVES.

Stay tuned. He’s one to watch.