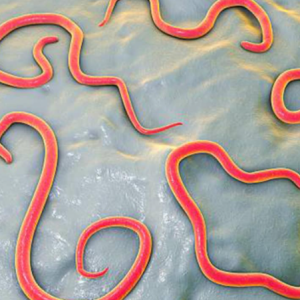 Standard protocol for Weimaraner puppies is to be de-wormed at two, four, six, and eight weeks of age. For those who are newer to breeding, it might seem excessive. “My bitches have never had worms, so why would I need to de-worm their puppies?”

Here’s a primer on what worms are and why dogs need to be treated. This article is specifically for the nerds who want to understand why we treat puppies the way we do. Fun fact:

All puppies are born with worms, and there’s nothing we can do to prevent it. 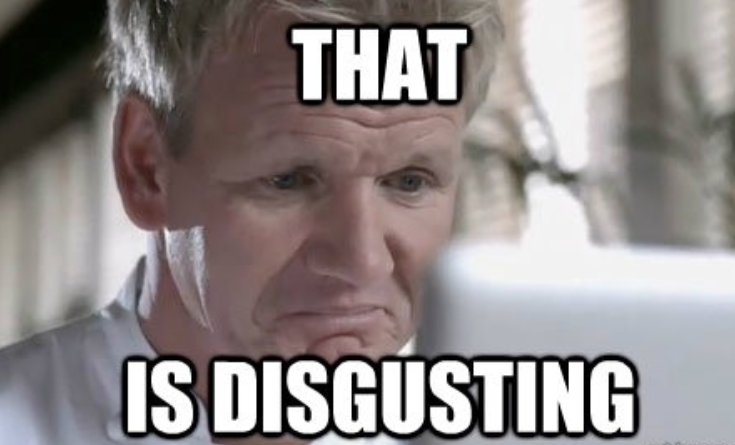 Worms are a fact of life. There’s no way to eradicate them. So the next best thing is to treat our dogs appropriately. To complicate matters, appropriately is different for every dog.

Dogs owned by breeders have a higher likelihood of picking up worms. (They’re better socialized and therefore, get out more.) It follows then, that bitches will have some worms in their system when they’re bred and pregnant. As puppies grow in-utero, they inherit roundworms from their mom through the placenta. By the time puppies are born, the worms are in their system. And since they’re in mom’s systems too, puppies get another dose of worms by nursing. Further, since worms are transferred through infected feces, soil, and raw meat, there’s a constant rotation of exposure.

That’s a lot of worms.

Fortunately, with regular treatment of adult Barrett dogs, the amount of worms seen in Barrett puppy stools as they are treated has never been excessive. But it happens.

When to De-Worm Puppies. To minimize the amount of worms in our neonatal and post-natal puppy’s systems, we de-worm them at two-week intervals. This typically happens around two weeks, four weeks, six weeks, and eight weeks of age. Note: Since worming a puppy might give them upset stomachs (and make them vomit, have diarrhea, loss of appetite, etc.), this should never be done within a few days of vaccination. For this reason, Barrett dogs are typically wormed at two and a half weeks, and thereafter at two week intervals so the “week eight dose” does not overlap with the “week eight vaccine.”

Why We Dose Multiple Times. Roundworms have an incubation period of around 4-6 weeks. In other words, it can be over a month between a roundworm larvae getting into a dog, migrating through the dog’s liver, lungs, maturing into roundworms inside the dog’s small intestines, laying eggs that are passed in the dog’s poop, and back into the environment where it finds another host (rodent, soil, etc.) and ultimately gets back into the dog again. For those who want to further nerd out on roundworm lifecycles, here’s a neat article about how it works in sheep. 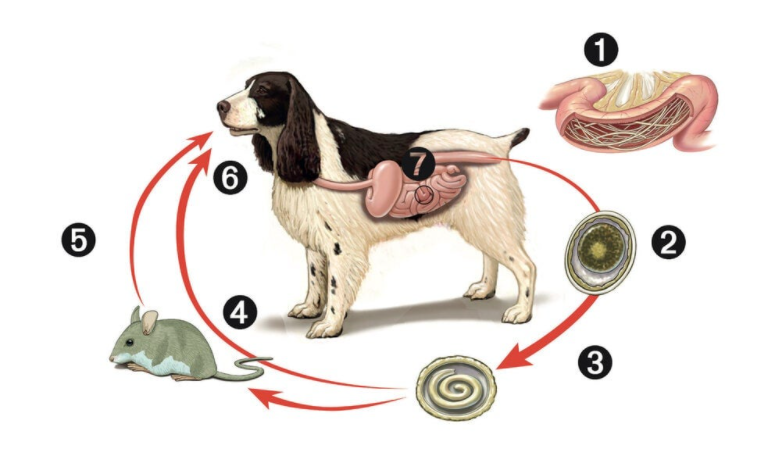 De-worming medication, such as fenbendazole, only kills adult roundworms. In other words, when a puppy is treated at the age of two weeks, only adult roundworms are killed off and passed through their stools. The immature eggs still laying within the intestinal tract are still growing, so two weeks later, we do it again to catch the next wave of adult roundworms. And then again, and again, and again. By the time puppies are eight weeks old, most of stuff should be gone, but it’s not a bad idea to ask the new owner to de-worm again at 12.5 weeks of age, and again every 90 days for the dog’s life.

So what happens if we don’t de-worm our puppies? The amount of worms multiply and multiply, and once the puppies’ systems are over-infested, puppies can become very ill. Those with immune systems not strong enough to fight off secondary infections [see also: every puppy that has ever existed] as a result of becoming ill can die. (Note: this has never happened to a Barrett dog.) 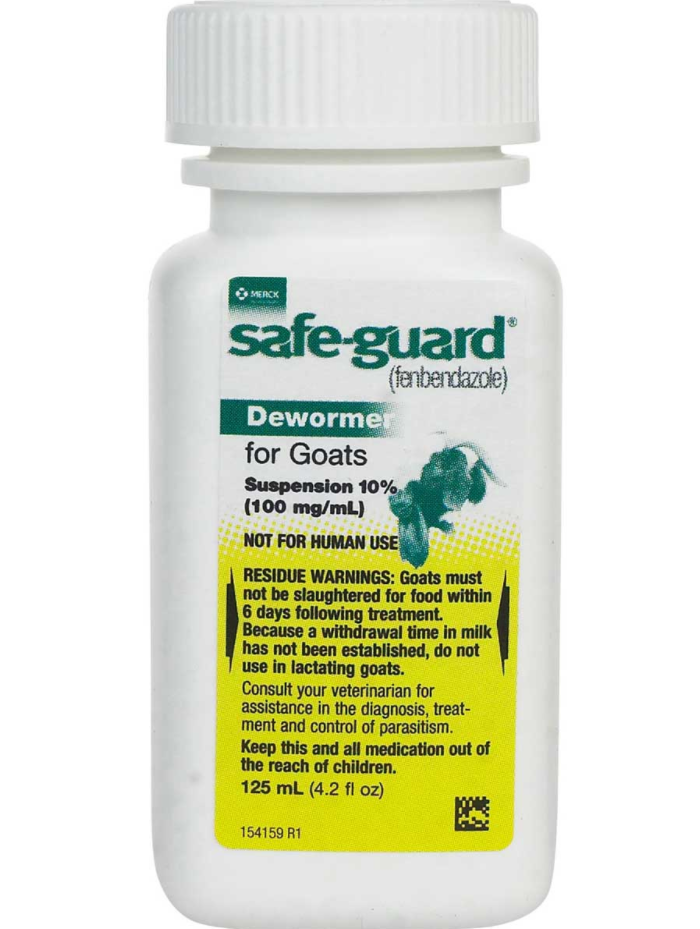 Safeguard Fenbendazole (suspension 10%) is typically marketed for goats, but the same concentrate is used for dogs. This can be purchased through Tractor Supply, Cal-Ranch, IFA Country Stores, or any of the online retailers: Revival Animal Health, Valley Vets, etc.

Why Fenbendazole and not Pyrantel Pamoate or Ivermectin? Fenbendazole (Safeguard or Panacur) is a broad spectrum oral de-wormer and is effective on roundworms, hookworms, whipworms, and tapeworms (Taenia species). Pyrantel pamoate (Nemex) only removes roundworms and hookworms. It is not effective on whipworms and tapeworms. Ivermectin also doesn’t treat tapeworms and is administered via subcutaneous injection, which is more complicated when you’re trying to treat a litter of puppies.