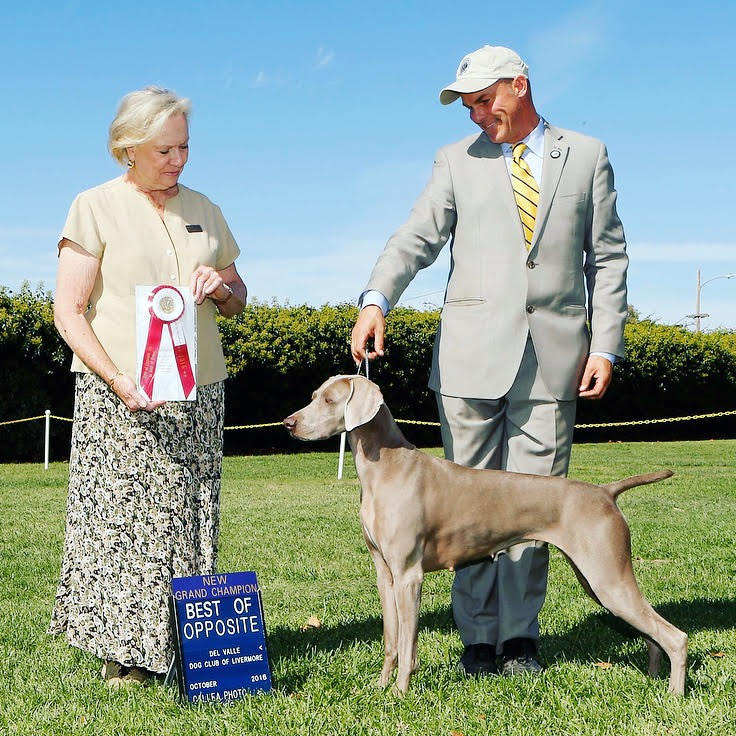 Hello, friends and family of Barrett Weimaraners! Apologies for this late update, but we’ve had a very busy season.

Show update – Barrett’s Love Bug, “Riley,” (2016 Royce x Seren Black Boy) made his show on September 10th. With Rob, he was awarded the Winners Dog and Best of Winners ribbons for a 3-pt Major. !!! Not to be outdone, Zanie (2014 Torque x Friday) went BOS for. 3-pt GCh Major. Riley and Rob did the same thing on Sunday and finished the weekend with both of his Majors. Congrats, owners, handlers and kiddos!!! 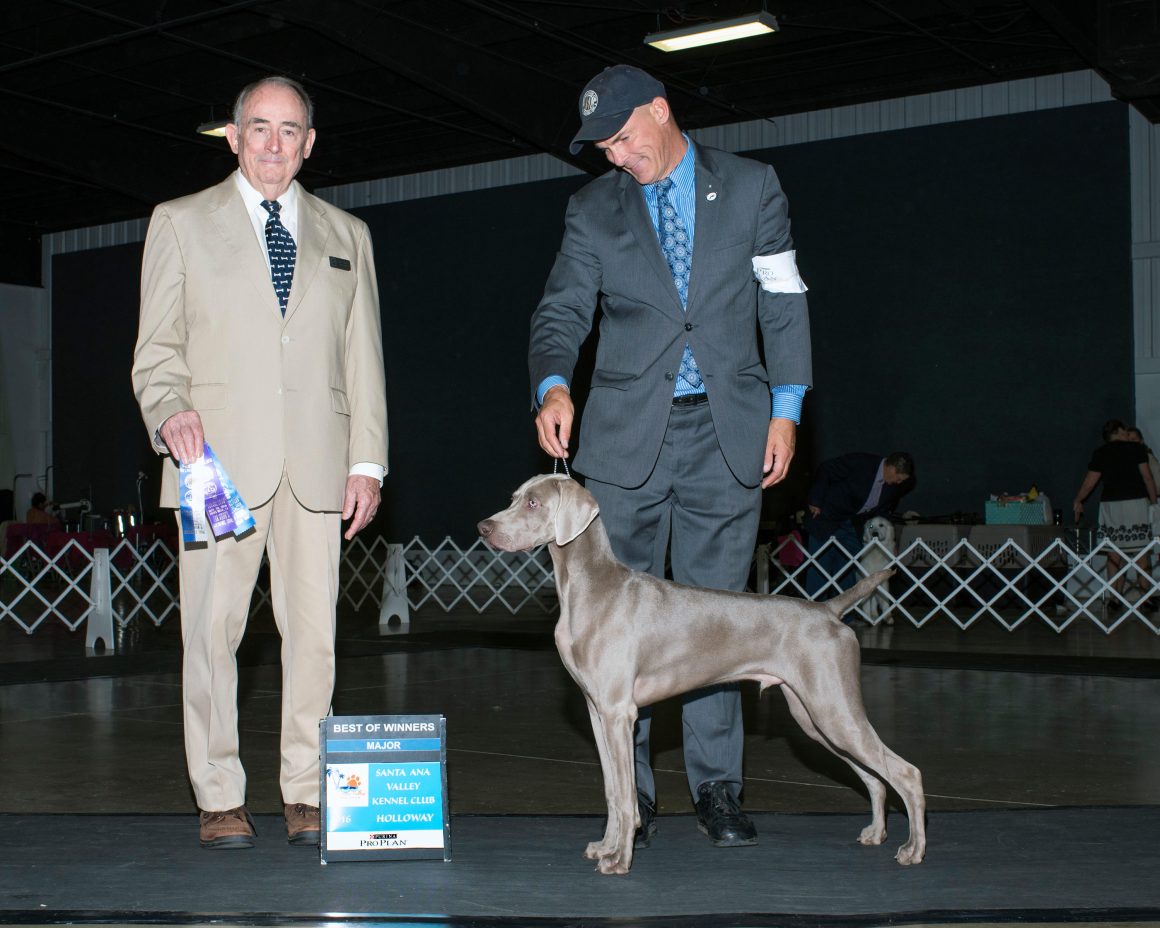 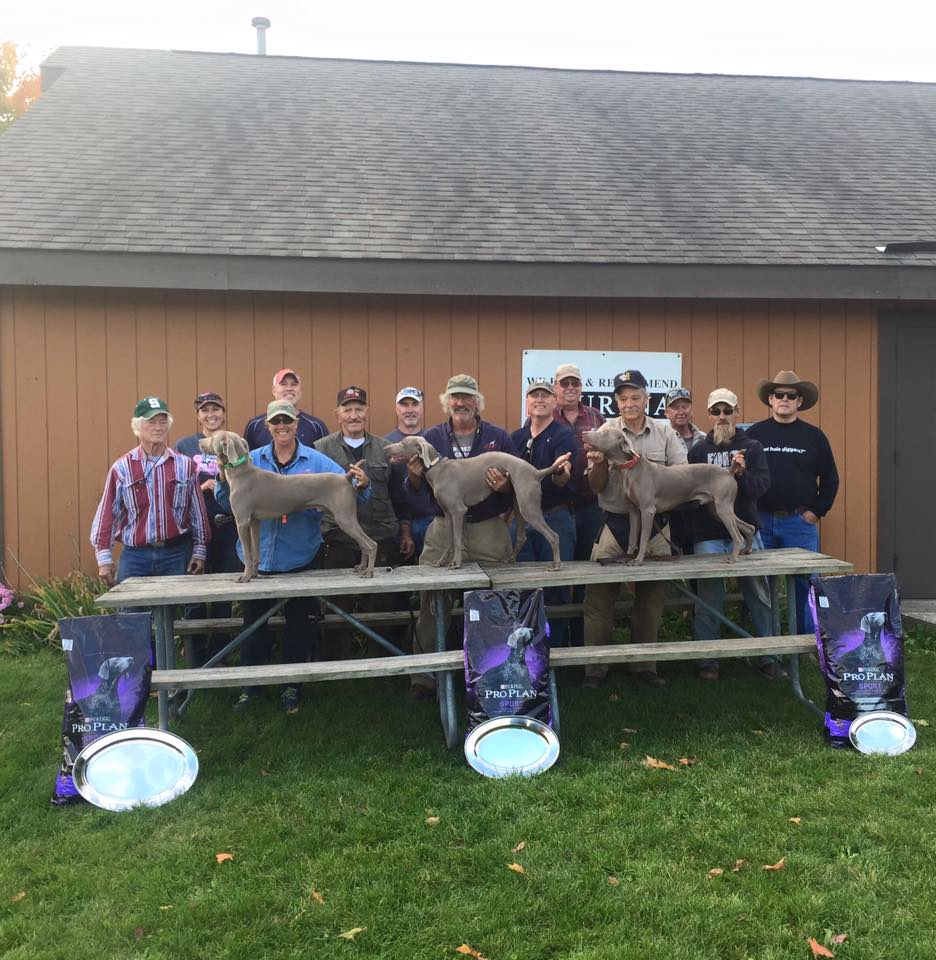 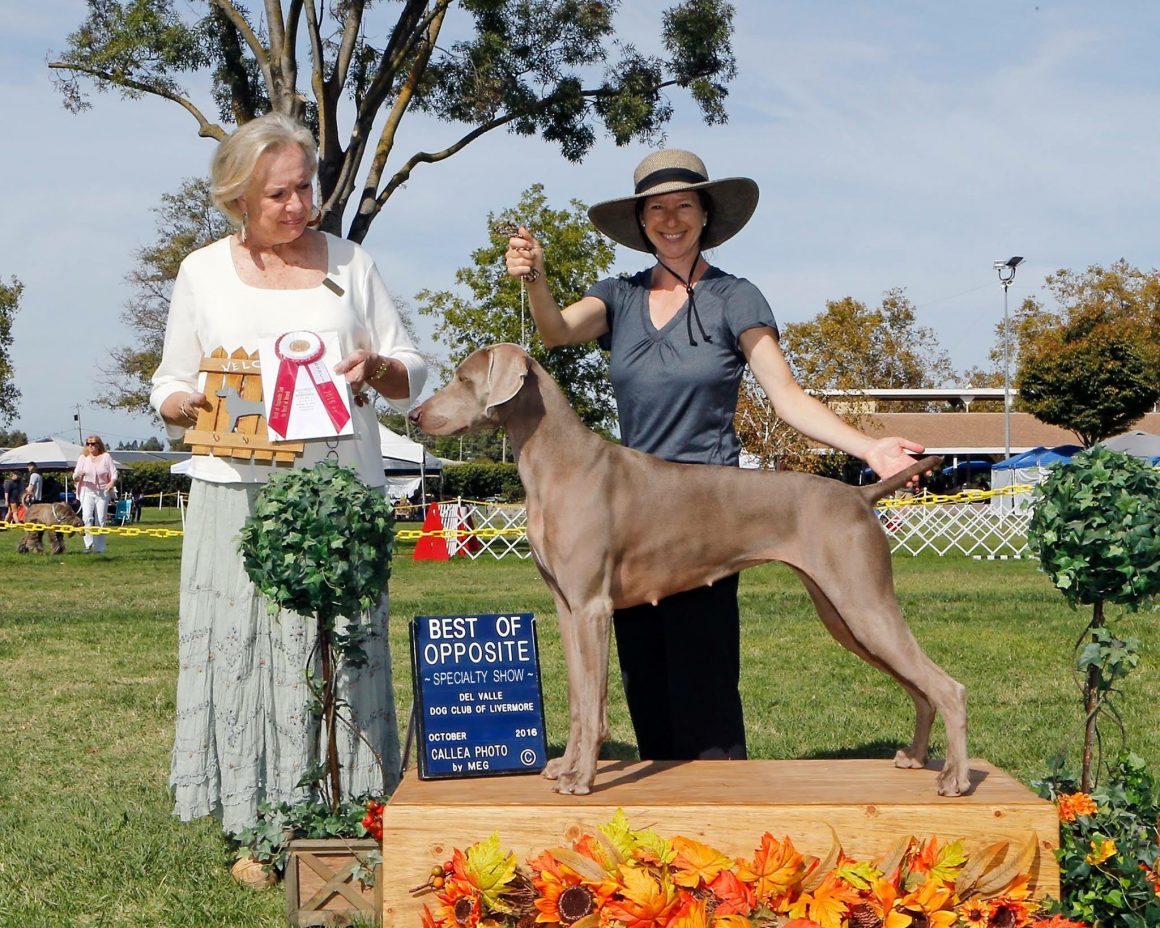 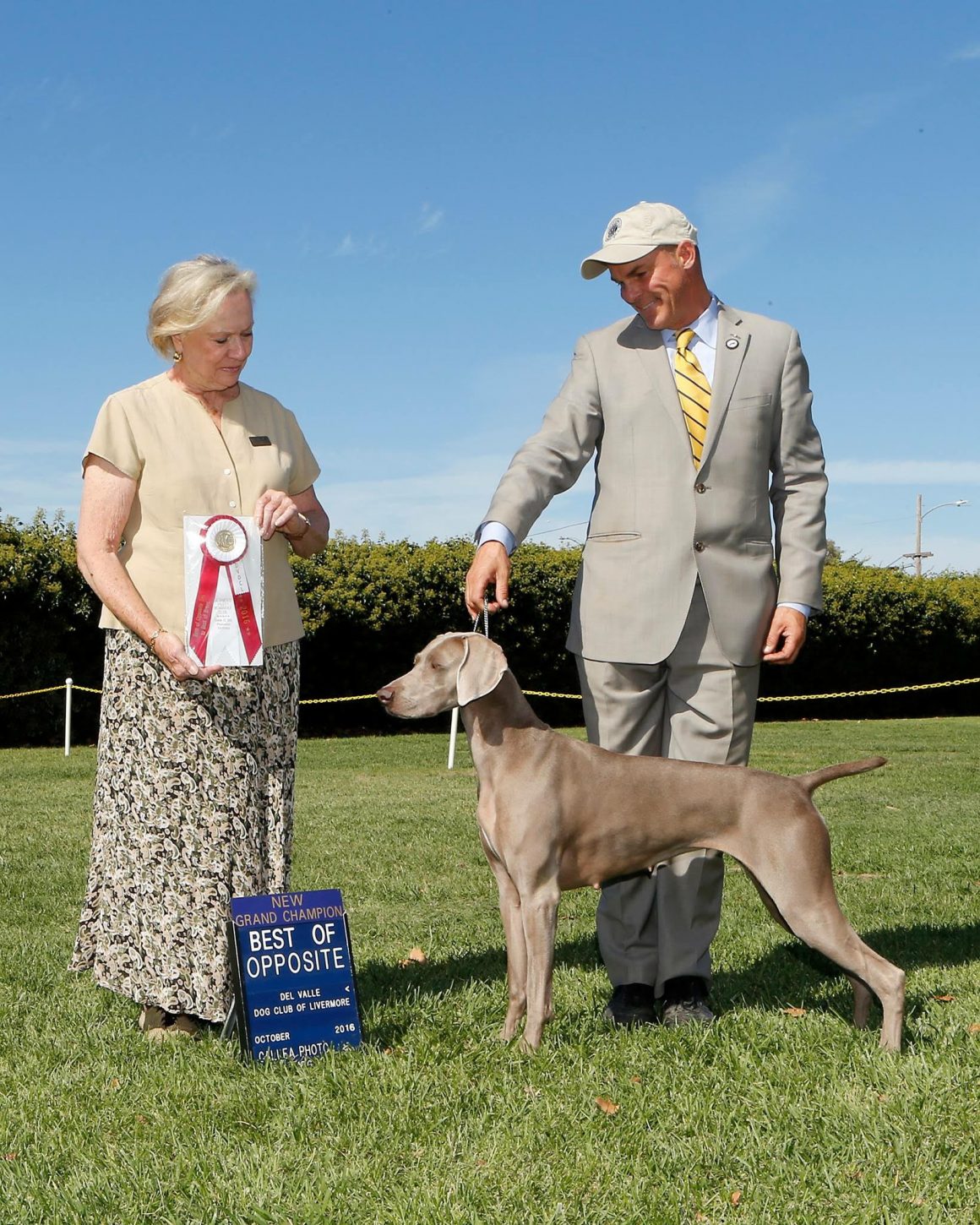