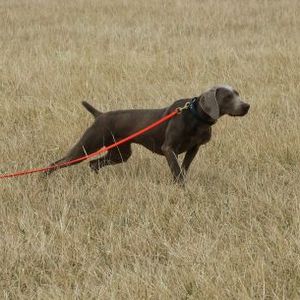 The 2019 Otto x Bliss produced such an outstanding batch of puppies (ahem, Nacho) that for only the second time in Barrett history, we’re doing a “repeat breeding.” This litter is co-bred with Mike Wiacek of Heartbeat Weimaraners in Michigan.

The Otto x Bliss II puppies arrived on September 24th. We have two girls and two boys. As of this writing, one girl is available to the right home. Preference is given to hunting homes. 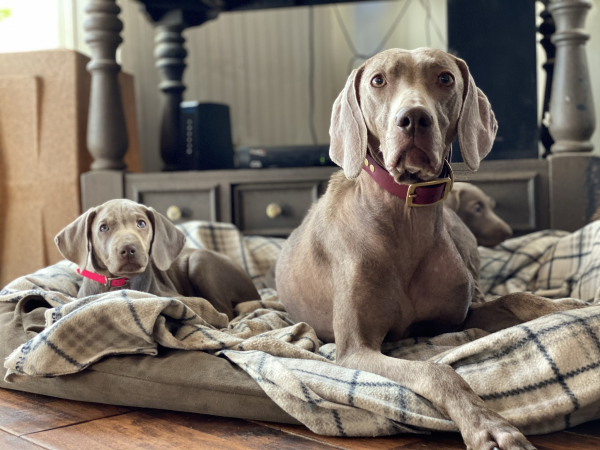 Pink Girl with her mom, Bliss 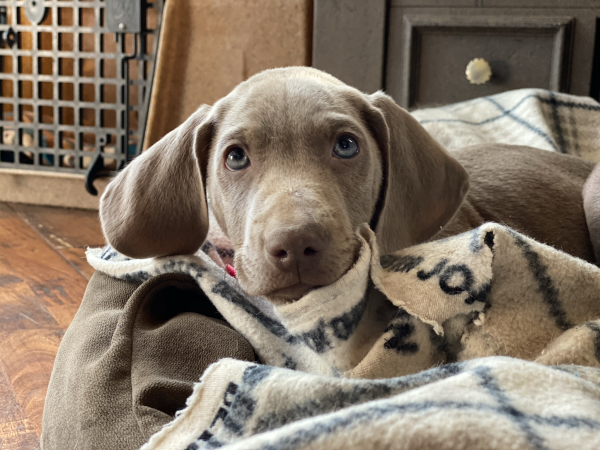 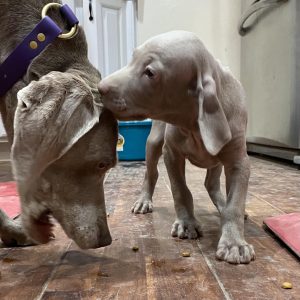 Hangin’ out with resident Gramma, Friday 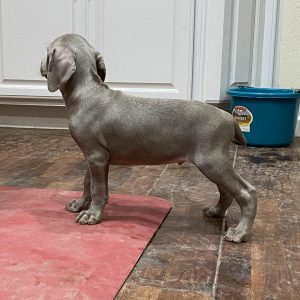 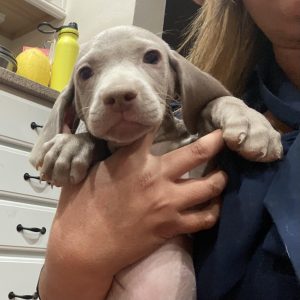 The purpose of this line breeding (the COI over 10 generations is 22%) is to produce a litter of Weimaraners who have excellent ground speed, wide range, good nose, outgoing personality, fierce drive, and lots of grit. The litter is specifically line bred on Heartbeats Chevy Stingray NAVHDA UT 1, “Chevy,” who was known all around as a “tough dog.” 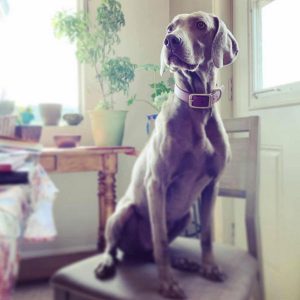 The best puppies out of this litter are expected to do very well in AKC field trials. Those with not as much range will do well as personal hunting dogs. As companion dogs, we expect puppies to be protective, loyal, and family-oriented. Bliss is also 100% a lap dog, so please also expect your new addition to be VERY AFFECTIONATE. 🙂 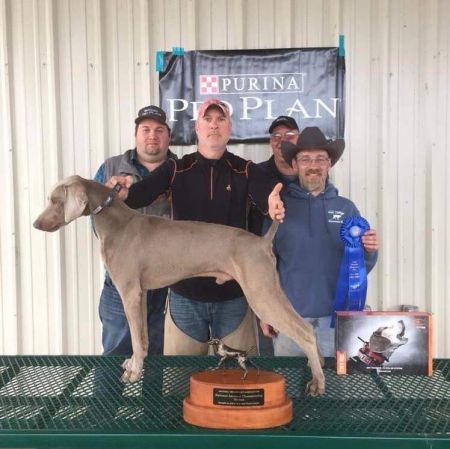 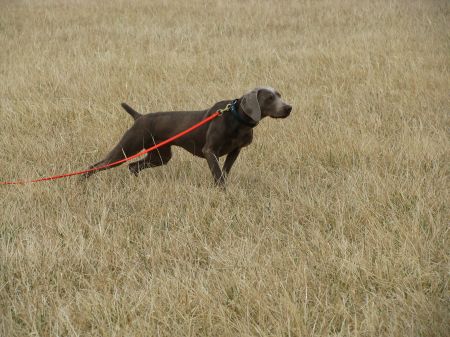 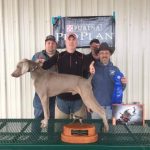 More on line breeding. Line breeding is a tool breeders use to preserve specific traits in a particular breeding. It should only be done after careful research, planning, and interviews with breeders who have bred and/or owned close relatives.

Otto and Bliss share the same sire, a dog named Chevy. The primary purpose of the Otto x Bliss line breeding (the coefficient of inbreeding over ten generations is 22.294%) is to maintain Chevy’s “toughness on birds, grit, and tenacity.” (This is very important to the Barrett breeding program because these traits are difficult to find, let alone preserve.)

The most common ancestors and top contributors in this pedigree are:

There are two dogs who appear in both columns. Here’s what we know about them:

Unserhund von Sieger. Unser is registered in the Weimaraner Hall of Fame. He was born in 1968, but has 115 known offspring with 19 mating partners. In other words, he is a prolific sire and appears in today’s pedigree because he was used so much. His most recent litter arrived via Artificial Insemination in 2016. Bryan Reynolds of Brymar Weimaraners did the breeding, and since he’s active in the Weimaraner Field Trial community, there’s a lot of data we have access to on recent offspring.

Weiner Schnitzel’s McDuff. Coming from the well known Weiner Schnitzel kennel (Shirley L Paulsen Walters), McDuff was born in 1974 and had a successful field trial career in his time. He went on to produce 39 offspring with 7 mating partners and appears in our pedigrees today because breeders over the last 50 years (including Gordon and Shirley Hansen of Outdoors Kennels) have continued his line. Today’s proven field trial dogs all go back to Weiner Schnitzel.

With exception of the sire and dam (who are discussed in the litter announcement page), the top contributors to this breeding are:

100% percent of these dogs are proven hunting dogs, and have a track record of producing hunting dogs. We’re excited about the potential we have in this breeding.