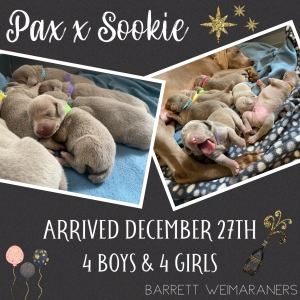 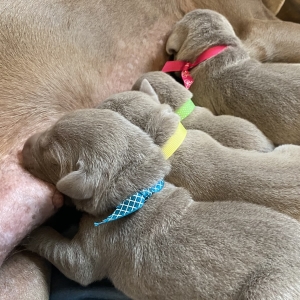 Growth. January 6th. Puppies are now about a week and a half old, and everyone is doing great! On day three, we started the puppies on an early neurological stimulation program, and the following day, tails and dewclaws were done. No eyes are open yet, but everyone’s gaining weight everyday. 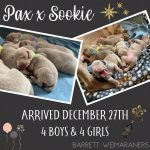 Arrival. December 27th. We have puppies!!! On Tuesday evening, Sookie delivered nine puppies, five girls and four boys. Unfortunately, the first girl was big, and stillborn. She was stuck in the birth canal and we weren’t able to revive her. It was sad and it was disappointing. But we also realize that this is a fact of breeding; sometimes these things happen, and we’re very grateful for the following eight puppies that were born thriving. Prospective families will be notified in the next week. Please earmark this page for periodic updates as the puppies grow over the next eight weeks!

Announcement. December 10th. In collaboration with Rugerheim Kennels in Las Cruces, New Mexico, Barrett Weimaraners is pleased to announce an upcoming litter with Pax and Sookie. Sookie is confirmed pregnant with puppies expected in late December. The purpose of this breeding is to produce puppies that will grow up to have their mom’s bird drive and their dad’s extreme hunting range. The best puppies out of this litter will become field trial prospect dogs, and the others will be placed in casual hunting homes and active companion homes.

For those who wish to dive in a little, below is some additional information on both Pax and Sookie: 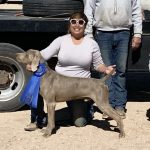 Pax (2019 Echo x Gracie) was bred to be a field trial powerhouse. As a youngster, Pax lived with Mark and Kim Urbani in Central California and was given a proper start with basic training and socialization. As a juvenile dog, he went on to stay with Terry Chandler of Rugerheim Kennels and participated in the 2020 Field Trial Summer Camp program. More information on Pax, here. 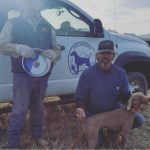 Sookie was “Pink Girl” out of the 2016 Rossi x Mika litter. A standout from the get-go, Sookie is gifted with a long nose, staunch point, and 12 o’clock tail. She’s also extroverted; friendly and snuggly with everyone she meets. In 2018, Terry Chandler of Rugerheim Kennels piloted Sookie to a Fourth Place ribbon at the Western Classic and Field Futurity. At home, Sookie is quiet, affectionate, obedient, and GREAT with her human siblings; one is a toddler and the other is an infant.

Breeding Goals. The purpose of this out-breeding (COI over ten generations is low at 8.25%) is to preserve an athletic, quick, ground-covering hunting Weimaraner with a friendly disposition, compact size, and excellent endurance.

The best puppies out of this litter are expected to do very well in AKC field trials. As personal hunting or companion dogs, we expect them to be active, loyal, and family-oriented. 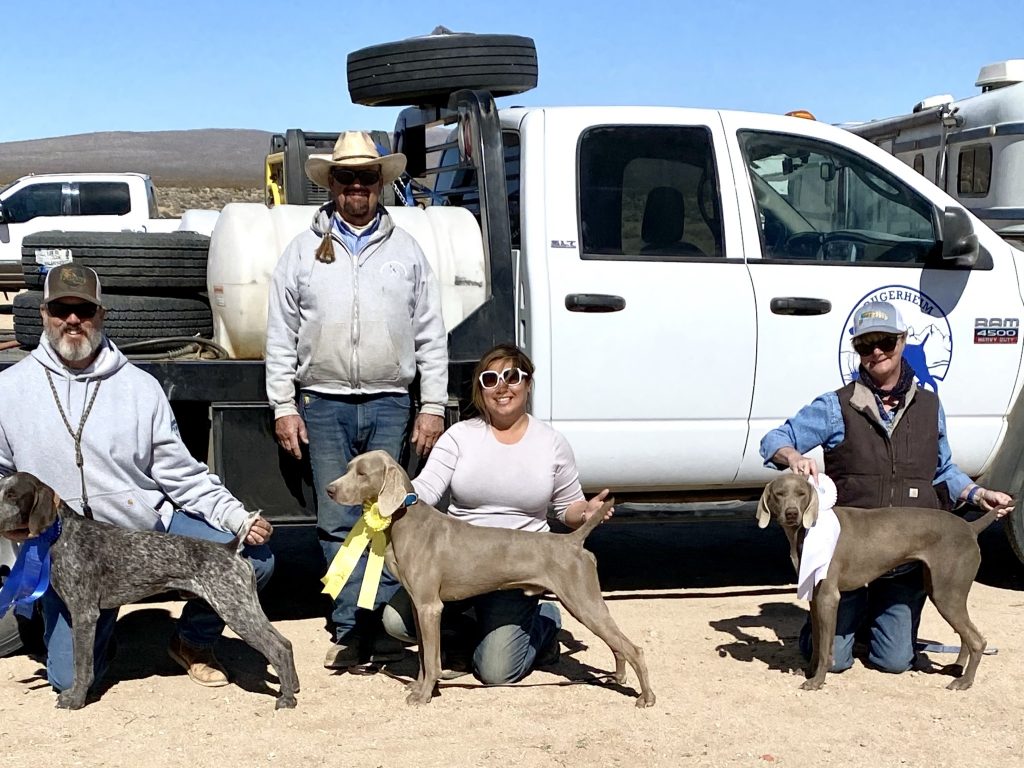 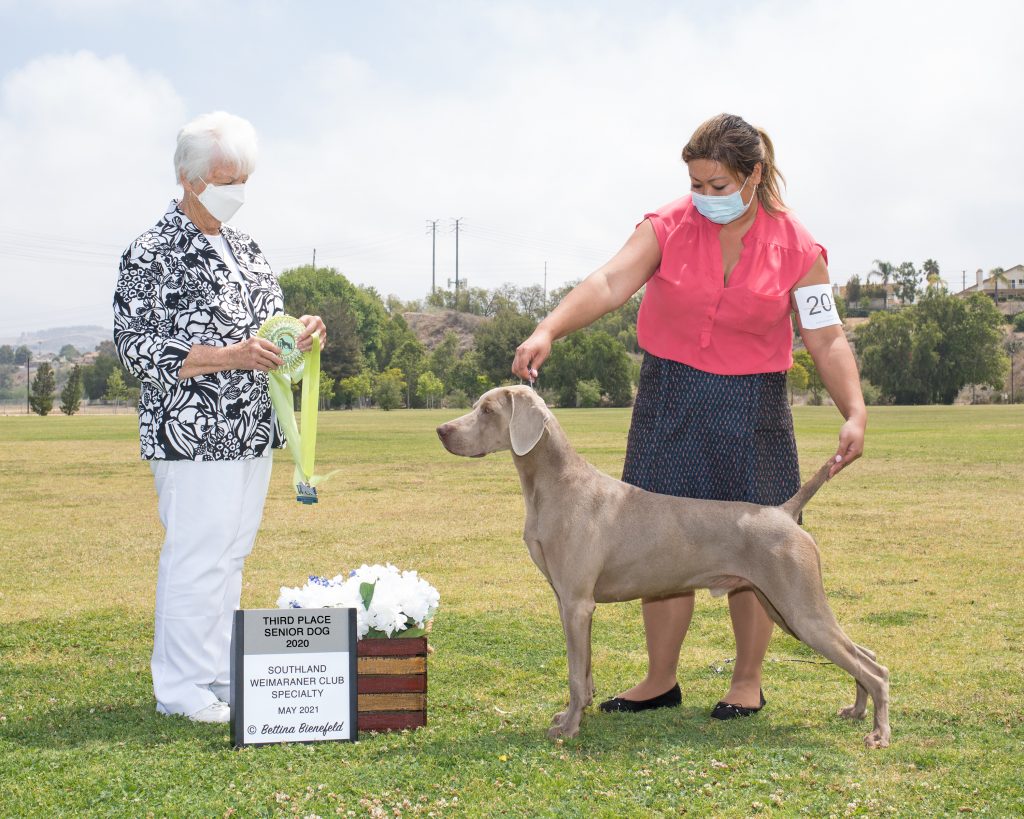 Pax at his Show Futurity 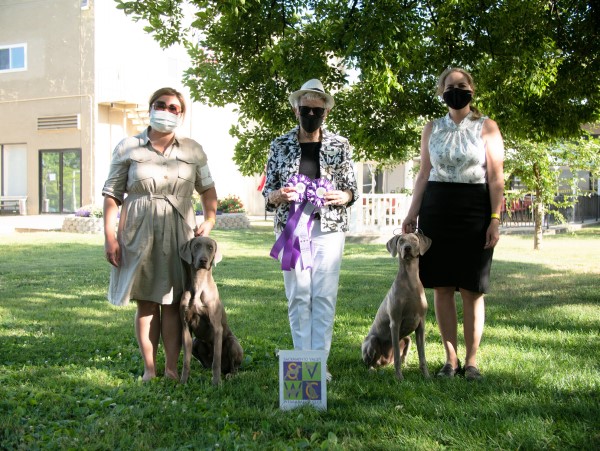 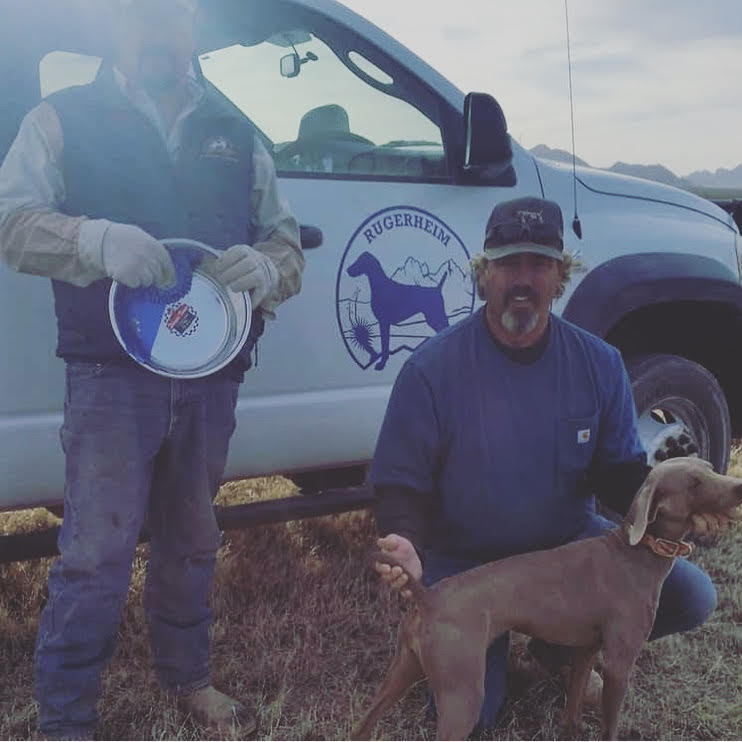 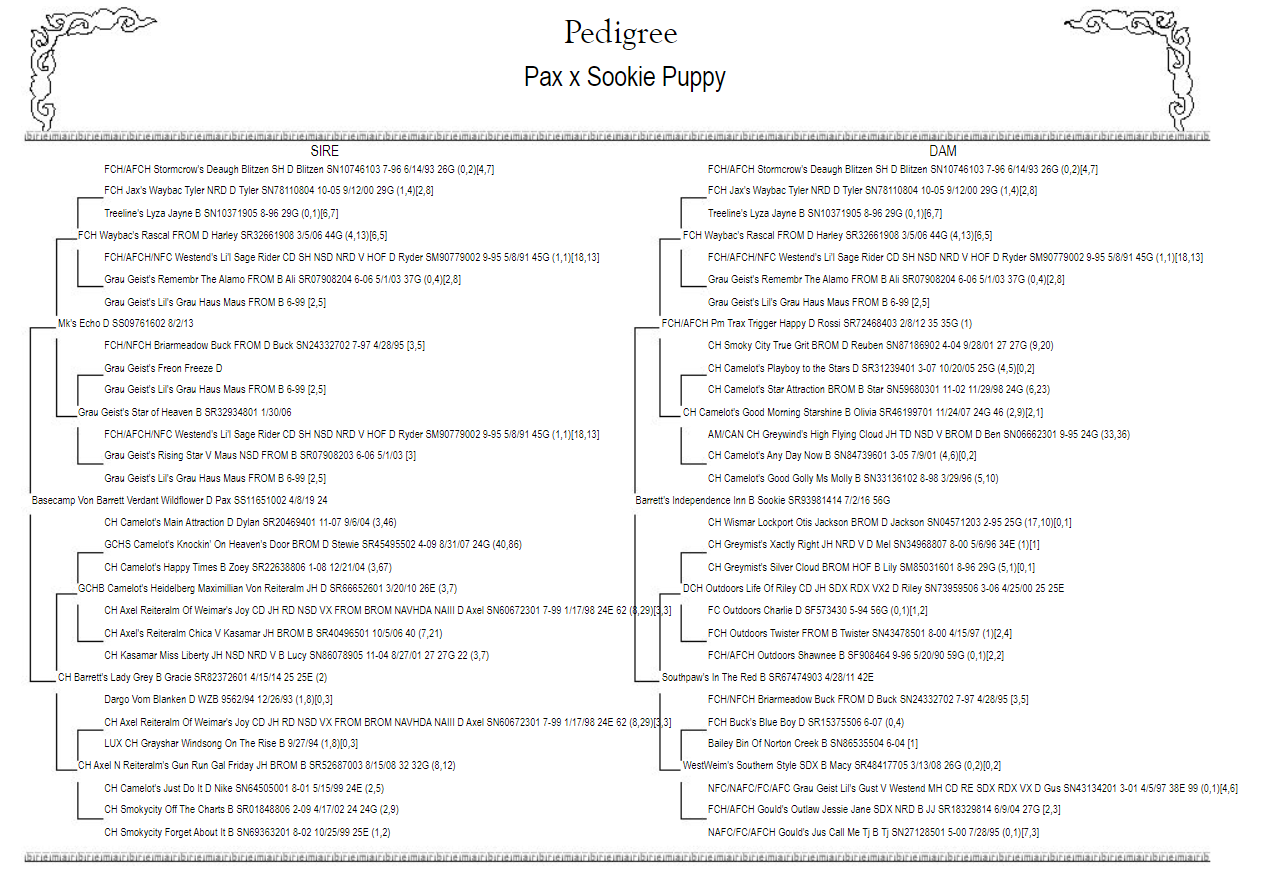