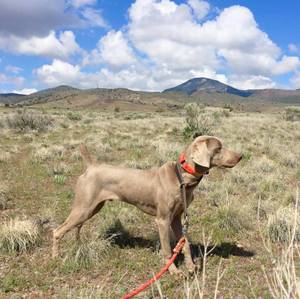 Hello, friends! We are now one year into Project Mika, so it’s time for an update about the “Autobot Six.”

Green Boy, “Hammer” is with West Mountain Kennels in Utah

Orange Boy, “Ticon” is with West Mountain Kennels in Utah

Yellow Boy, “Turbo” is with AlphaDog/Chuck and Diane in Michigan

As of this writing, the four Autobots in training are reportedly doing well; developing range, learning how to point, and trying to stay consistent. More to follow at the end of the summer.