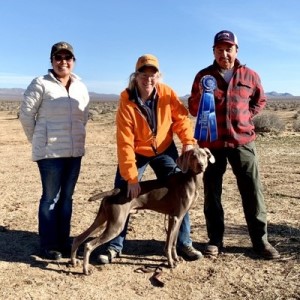 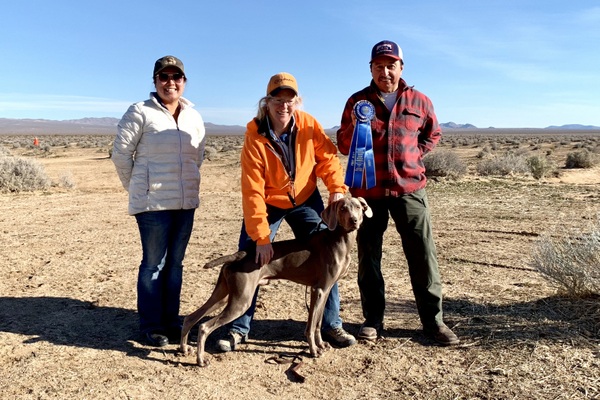 SOBA WON THE OPEN DERBY FOR 2 PTS TOWARDS HIS FIELD CHAMPIONSHIP!!!!!!! 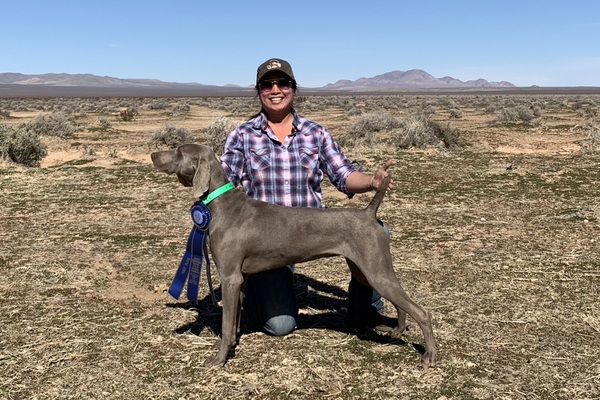 TEARIN WON THE OPEN PUPPY FOR 2 PTS TOWARDS HER FIELD CHAMPIONSHIP!!!!!!!

It was actually a fantastic weekend for many reasons – 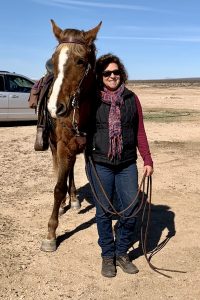 City friends came out to see what a field trial is all about. Anne’s friend Lori, and her friend Kai, came out and spent both Saturday AND Sunday with us at the field trials!! Neither gal had ever been to a field trial, but they immensely enjoyed their experience. Lori rode (and fell in love with) Dapper Dan for a few braces, and Kai rode on the back of the ATV with Mike Eizen at the wheel. I can’t tell you how NICE it was to see new faces at a field trial!!! Next up, convincing the ladies that they need a pointing dog. 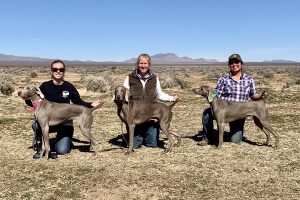 Weimaraner friends came out to play. I met Kelly Bagley back (left) in October at a dog show; we were both there showing some kiddos. We got to chatting and Kelly expressed interest in doing field stuff with her dog. !!! Fast forward a few months, she came down, spent the weekend with Beth (center), and ran her girl in both the Open Derby and Open Puppy stakes! The photo is of the three of us together with our dogs, Brier, Soba, and Tearin. We were trying to get a “Trax Dogs” photo for the breeder… unfortunately, Anabel this is just 3/4 of us since Anabel (who owns Sparkle and Mavis) was on course running her dog at the time we took the photo. 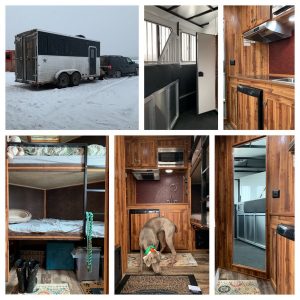 We towed the brand new horse trailer! This trip was a big one for Barrett and Company; it was the first time I towed the new horse trailer, and we did it by driving through 6 miles of 8″ snow (in 4L) out of the neighborhood before successfully merging on a plowed highway. Then we hit rain. Then we hit a few rollover accidents. But thirteen hours after pulling out of the driveway, we rolled into camp with everyone intact. 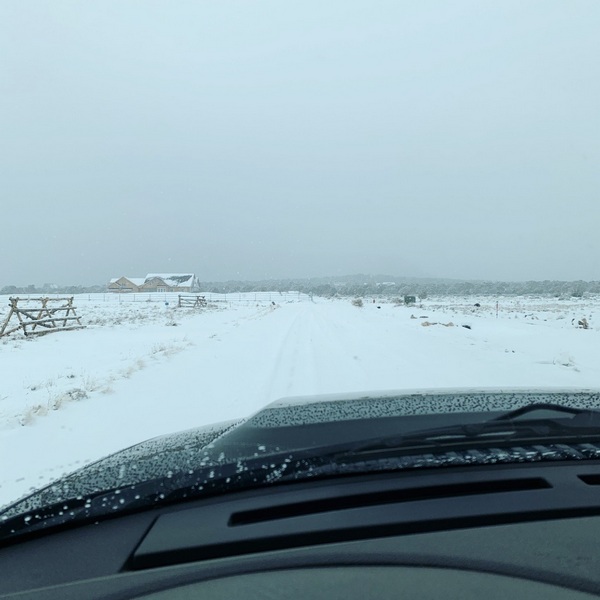 Not exactly the tow debut I was hoping for, but we made it!!!

On Friday morning, we drove down the hill into Chino to play with dogs for a little bit at Prado. More photos of them are posted here. Then we picked up a dog whose owner died; he’s now looking for a home and available through CalWEAR if anyone knows anyone looking for a nice Weimaraner. 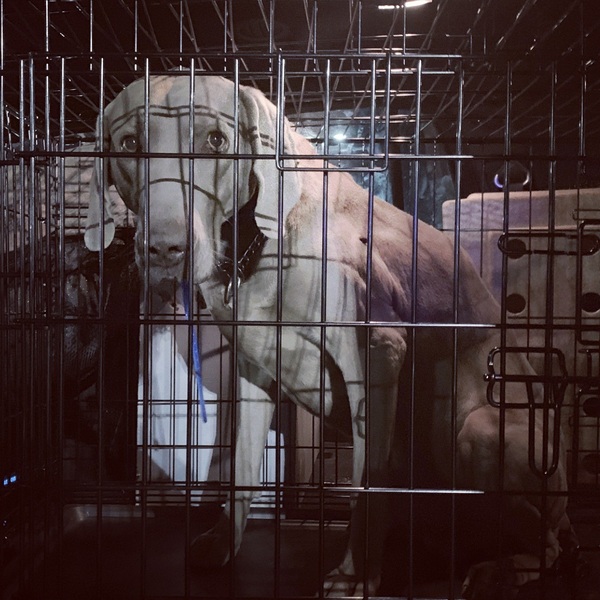 Luke is 6 years old, sweet as pie, and great with other dogs. 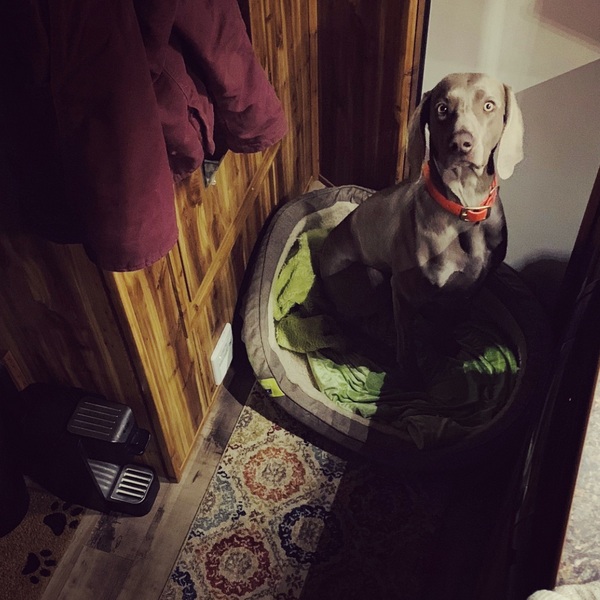 Mango is accustomed to sleeping with her people, or in a crate, so when I left a bed on the floor of the trailer for her (Tearin and Fizz were in their Rough Tuff crates in the bottom bunk), she was a tad confused. (No way I was going to hoist her up into the top bunk.) 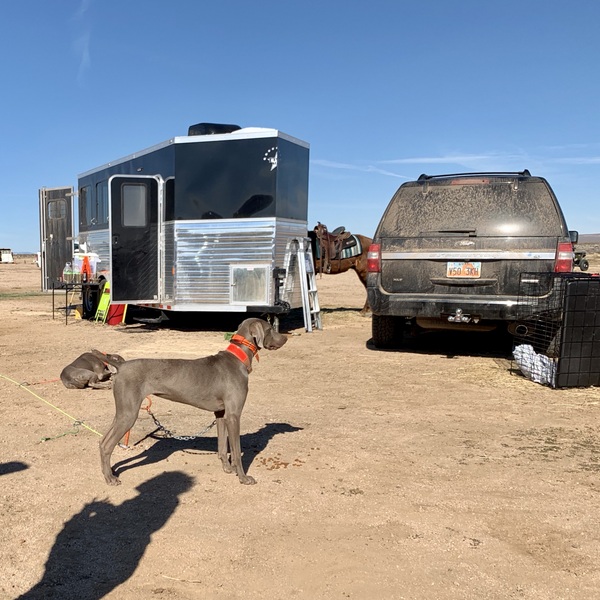 Saturday morning at thee Barrett setup – That’s Tearin in the orange collar; awaiting her turn to run in the Open Derby. 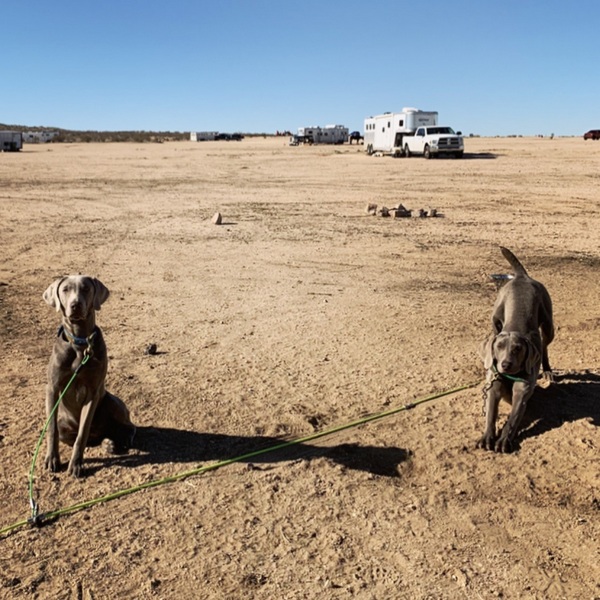 Fizz on the left, Tearin on the right. 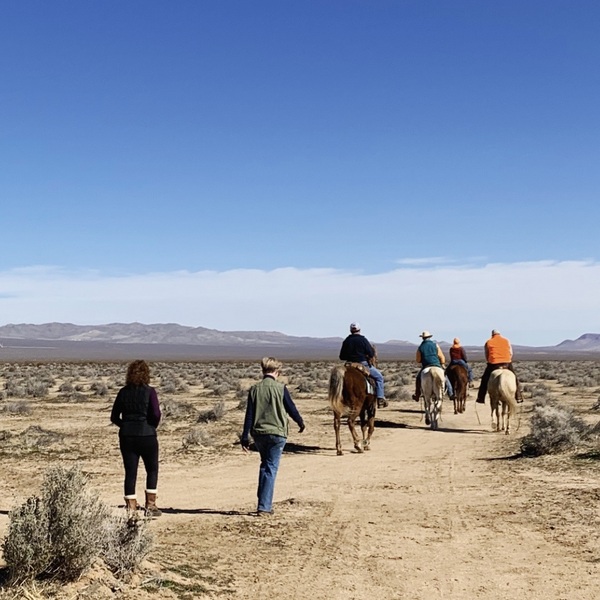 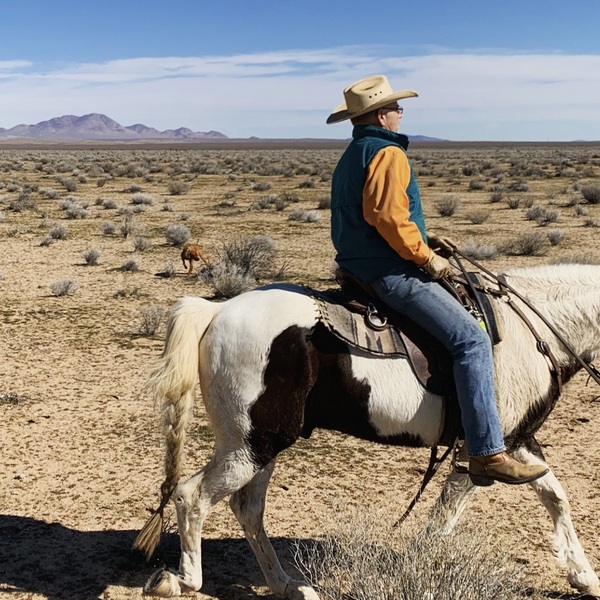 In Tearin’s Open Derby run, I caught a glimpse of her Vizsla brace-mate, on a very night point. 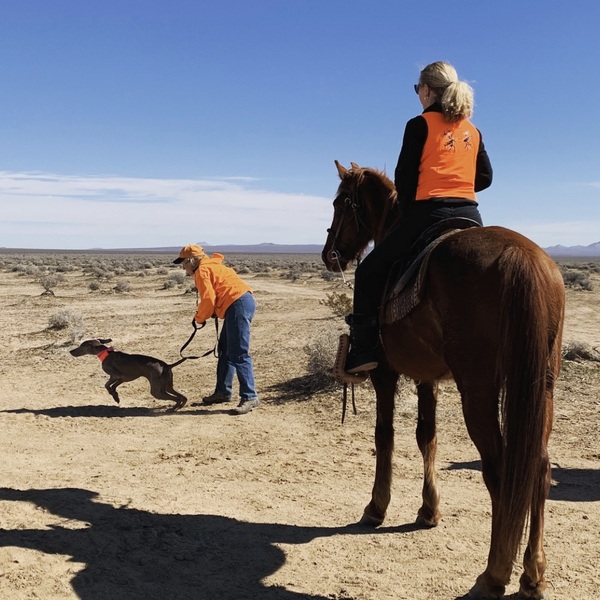 Kelly and Brier on their cast-off! 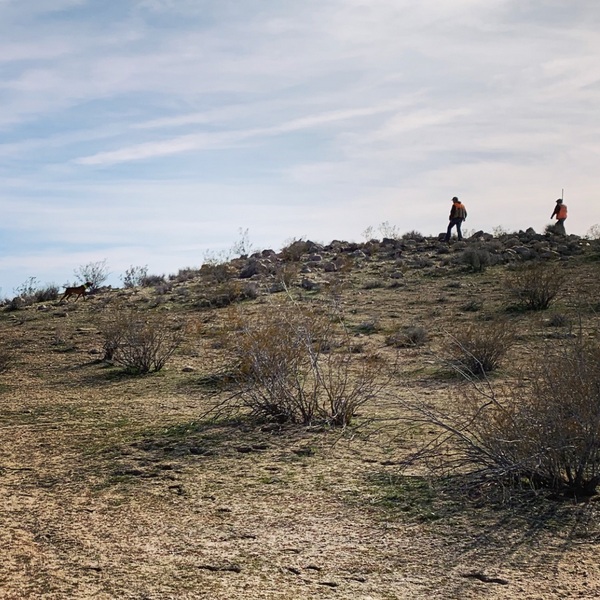 Riding in the Open Gun Dog stake. This is a Vizsla on a chukar find. 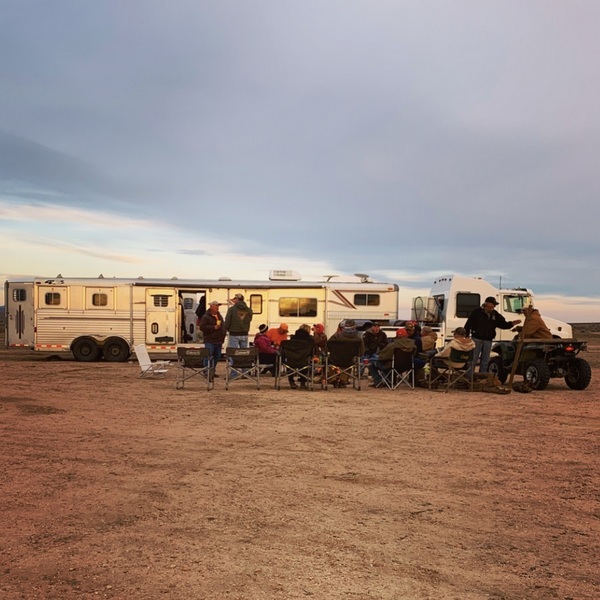 One of my favorite parts of a field trial is the late afternoon happy hour; once everyone is done with their chores (feeding horses, dogs, etc.), we all gather around a camp fire before going into the tent for dinner. 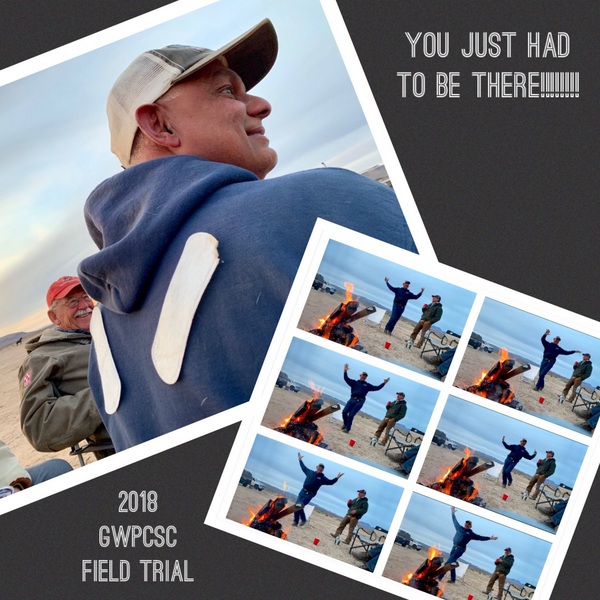 Really, you just had to be there… 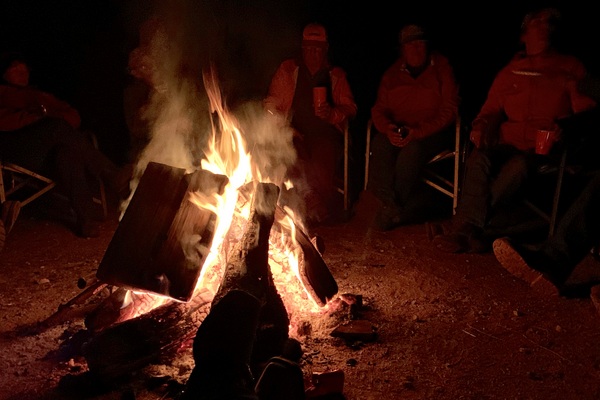