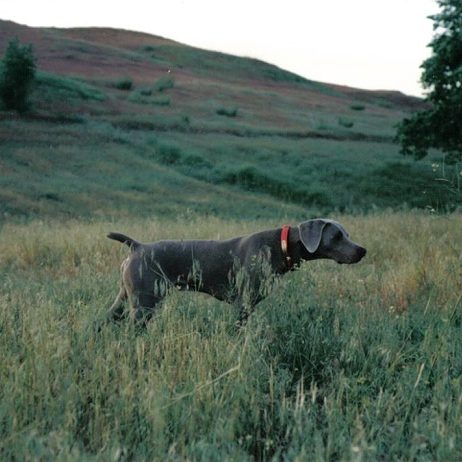 SCHULTZ was an incredible individual. He was sweet, kind and one hell of a bird dog. He burst into the field scene in 1994 by becoming the WCA’s # 1 All Age/Gun Dog, and earned this ranking while competing in the wide open spaces of the Southwest. SCHULTZ had the run, style, and intensity to make him competitive with the all breed dogs; a trait not often seen in Weimaraners. SCHULTZ won his last all breed stake at the age of eleven. While his natural talents brought him to a national prominence, SCHULTZ’S greatest contribution was that as a sire. Bred to only seven bitches in his lifetime, SCHULTZ sired 12 FC, 2 AFC,  2 DC, 1 NFC, 1 NAFC, and 4 Futurity Winners.

Litters sired by SCHULTLZ showed remarkable consistency. One litter took all 4 placements at the 1998 Western Field Futurity. Another litter produced 5 Field Champions, a record seldom matched in any breed.

SCHULTZ appears in the Barrett pedigree as a paternal great grandsire to the Tread x Elleven puppies. 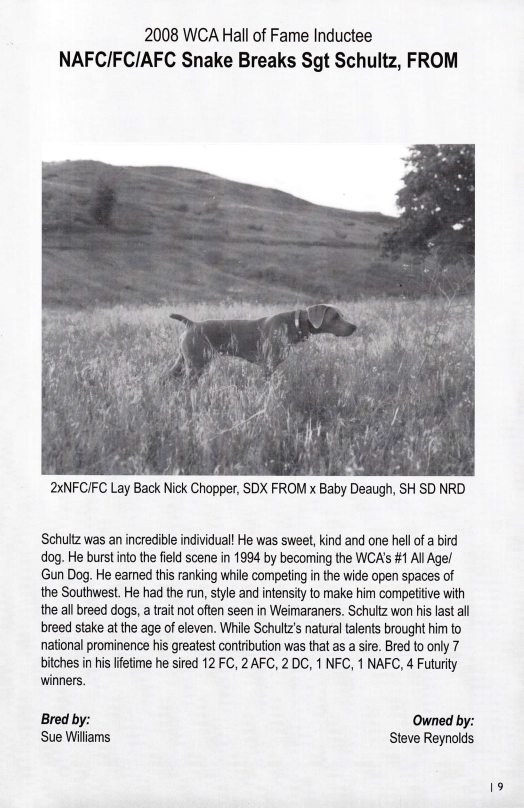 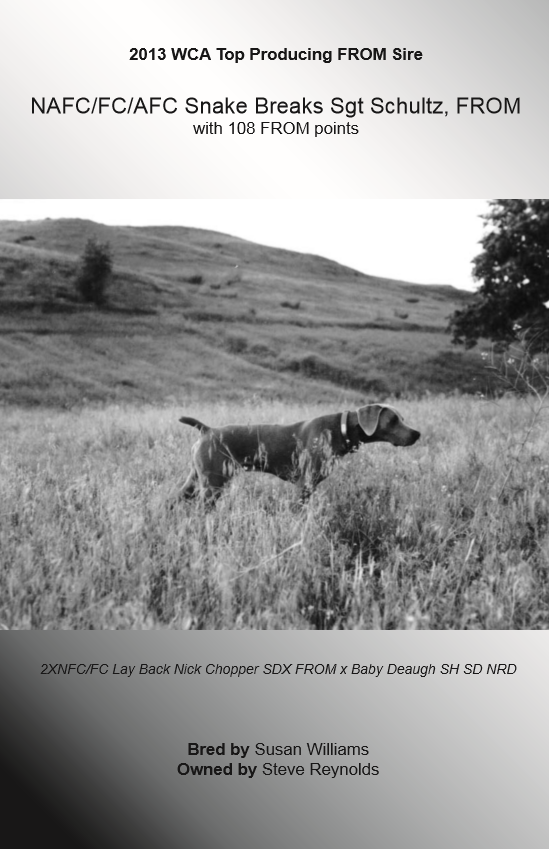 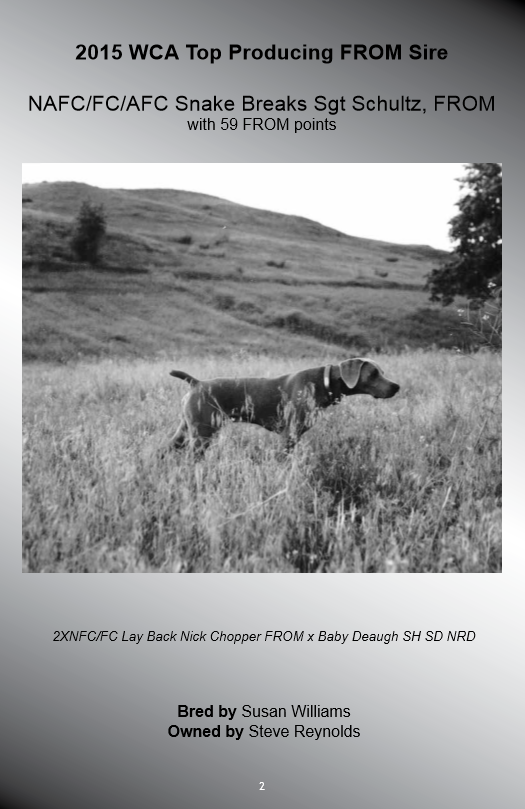