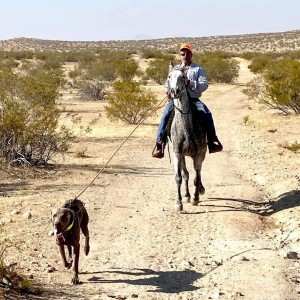 It was scorching hot.  But with plenty of sunscreen, water, and shade, we survived.

Charles and Kristi came out with their boy BAJA (2016 Rossi x Mika) for the AGD and OGD stakes. 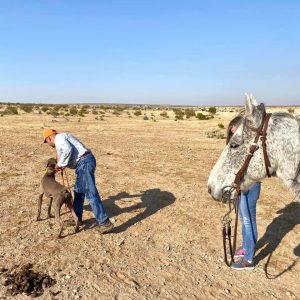 Charles and Baja getting ready to cast off.

AGD: BAJA had a find after the first hill. Unfortunately, the bird sluggishly walked out of cover instead of flying into the air (he was hot too, dang it!), and BAJA got tired of waiting for Dad to make him fly, so he helped. 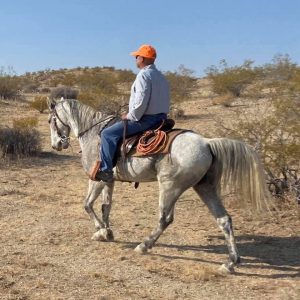 OGD: The morning draw was much more favorable than the previous day’s late afternoon brace. With cooler weather and a fresh dunk in the horse water, BAJA and his Dad were off like rockets. Baja hunted hard and methodically. Find # 1 was a quail in small cover off the road. All in order, the pair marched on to Find # 2. By now BAJA was well ahead of the handlers and judges, so it took a moment for us all to get there. Fortunately, this find was also accounted for without incident. Onward to Find # 3. This was one was a tad different. BAJA’s tail told his Dad, “hey, I got something here, but you’re gonna want to come check it out and tell me what to do with it… ‘cuz I ain’t nevah seen this before.” Sure enough, it was a Desert Tortoise. The size of a platter. Judge said, “I’ll count if you can make it fly!” Well, Mr. Tortoise never flew, so it ended up being a non-event. When time was called, BAJA was approximately 200 yards out to the right, running across a ridge. Ultimately, he was not in the ribbons, but the run was deemed a HUGE SUCCESS for #teamBAJA. 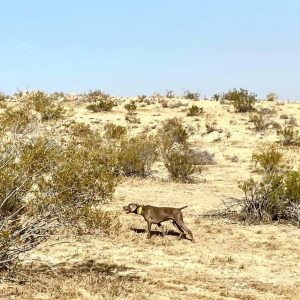 Baja on a find.

Thank you Charles and Kristi for not being disappointed in BAJA not earning a placement, but instead being SO VERY PROUD that he made it around clean with two finds!!! With every week, he will get better and better, and there’s no doubt the kid has potential. Love you guys. ️ We’re rooting for ya.

And because we spent all weekend on the trial grounds, there was plenty of time to play with the next generation: Boulder x Stella’s Yellow Girl experienced her first green apple and really big dogs (horses) this weekend. We found a DC Kirby and X son hanging around. And Clyde the glide was a great host to all of his guest riders. 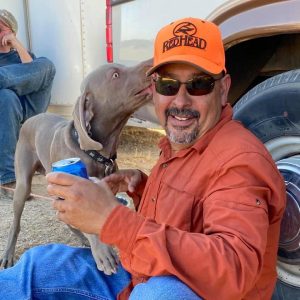 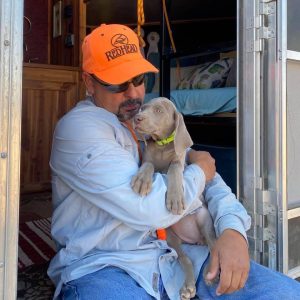 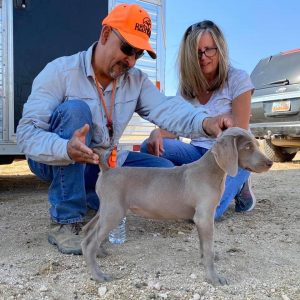 Below, some more photos of the weekend: 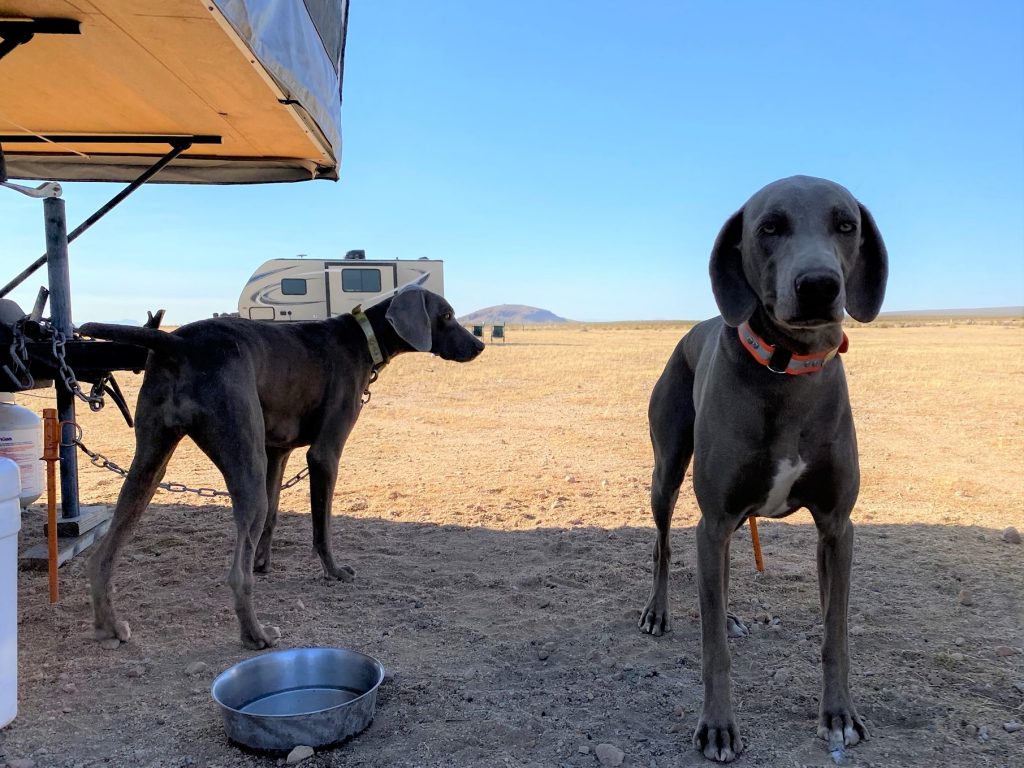 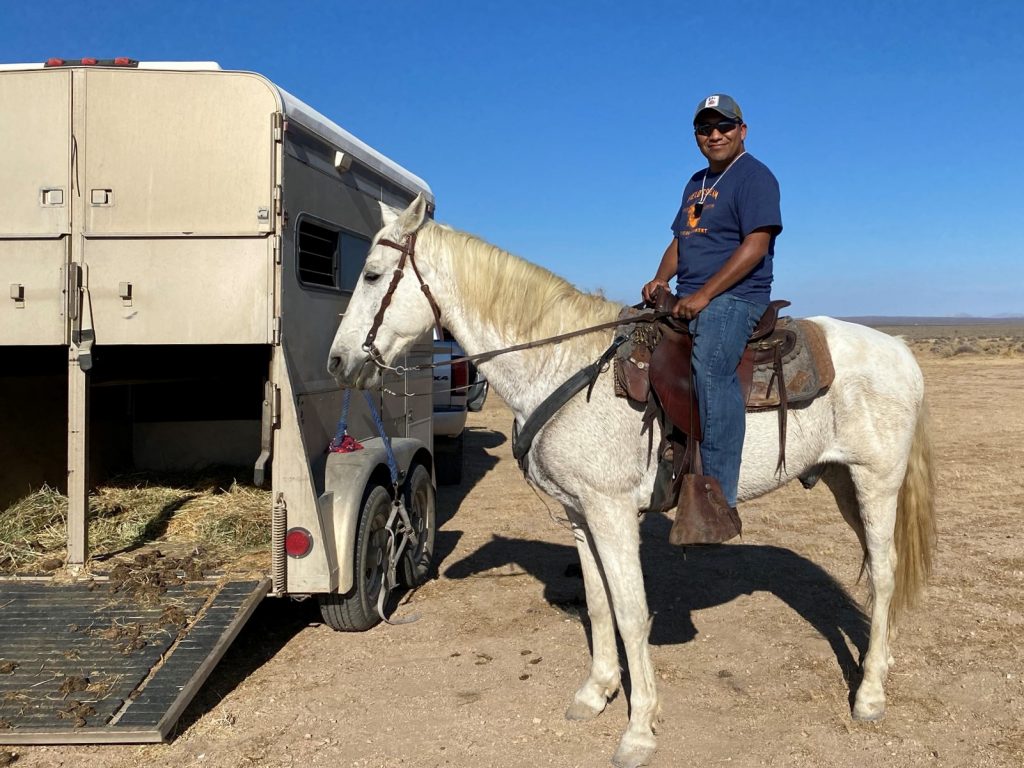 Shelby’s dad Mario, on a horse for the first time!!! 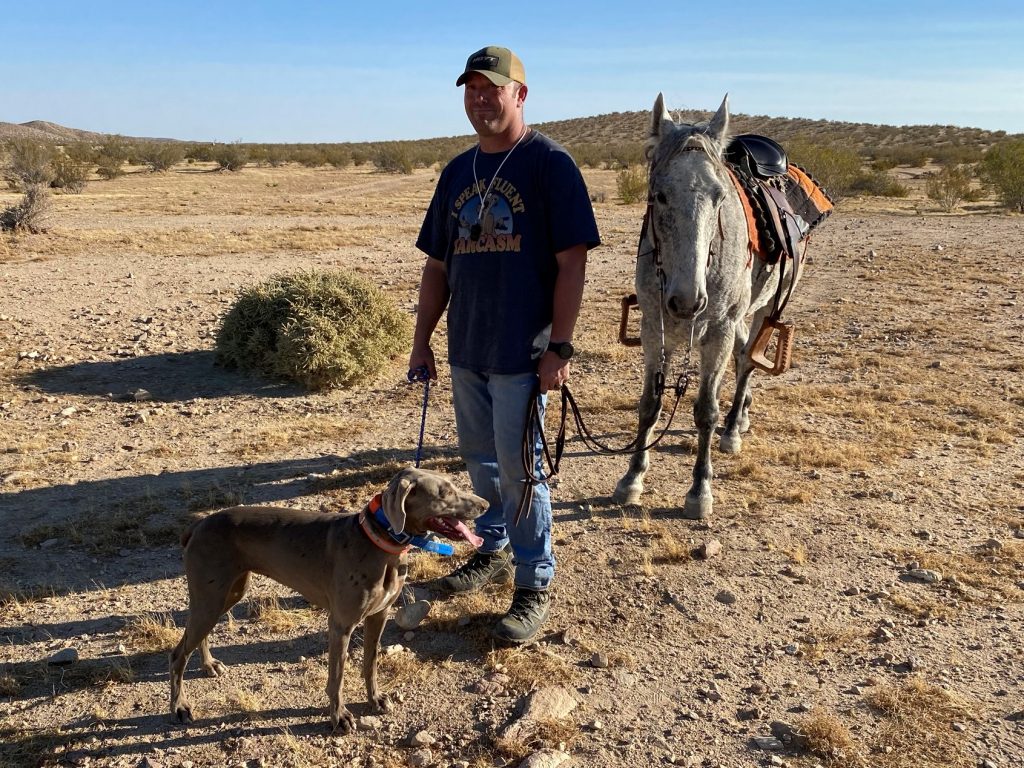 Brent and Teddy, about ready to go out for the Open Derby stake. 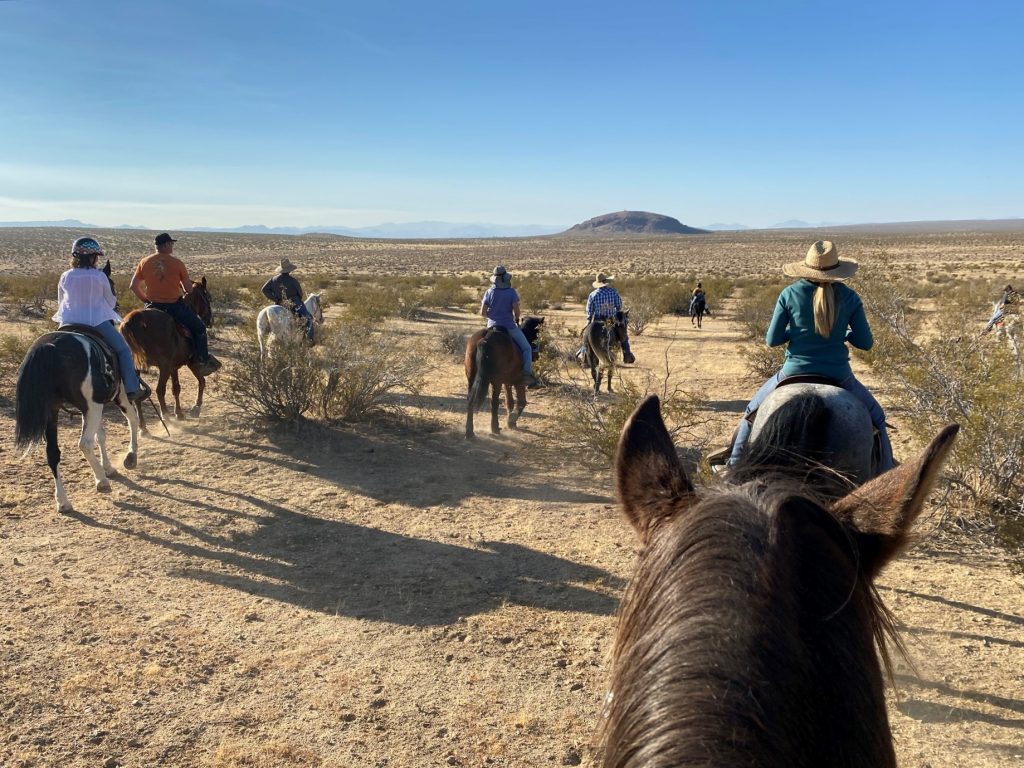 The gallery during Teddy’s brace. 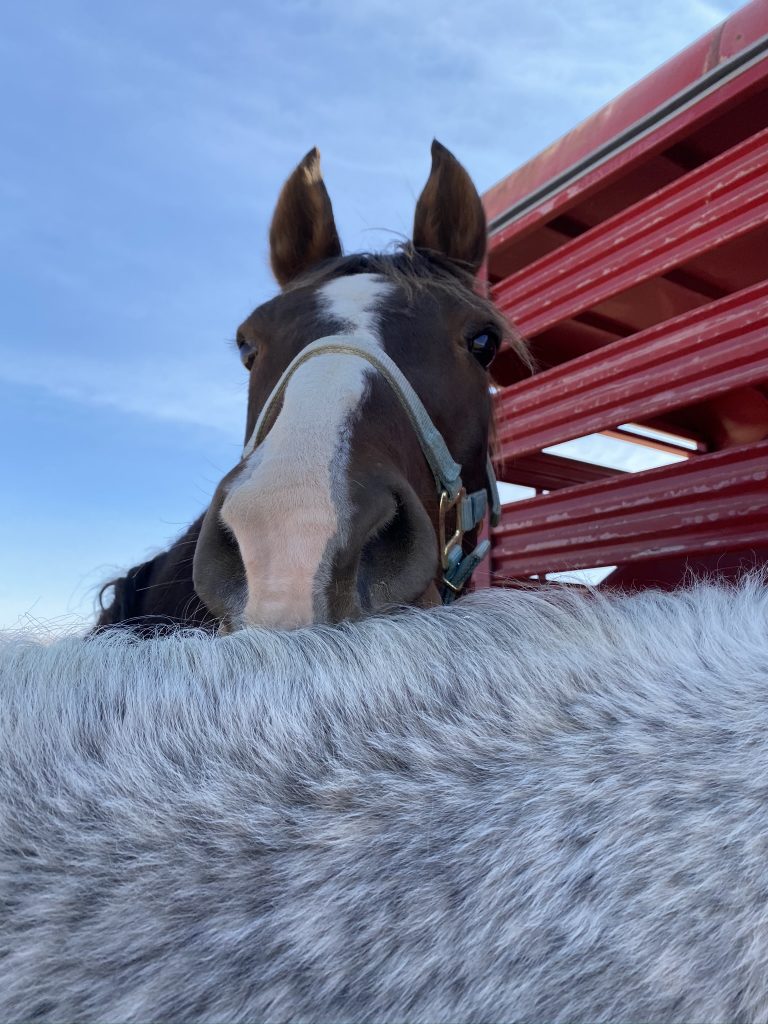 Dapper Dan and his brother Clyde, not yet realizing the workout we have in store for them this season. 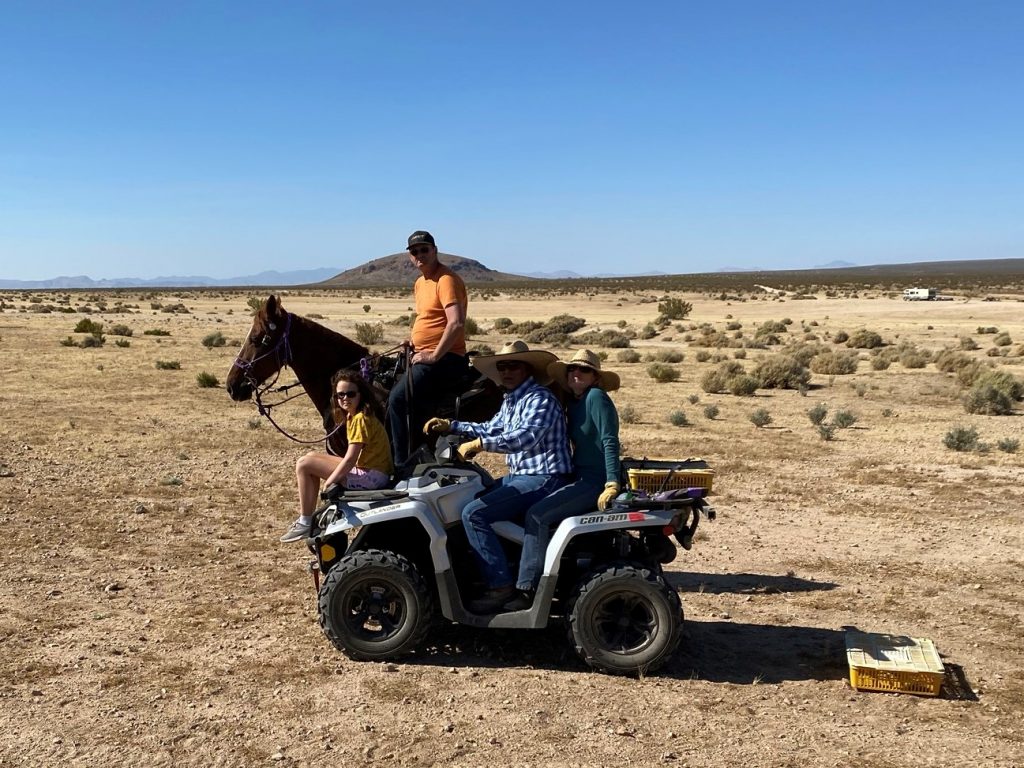 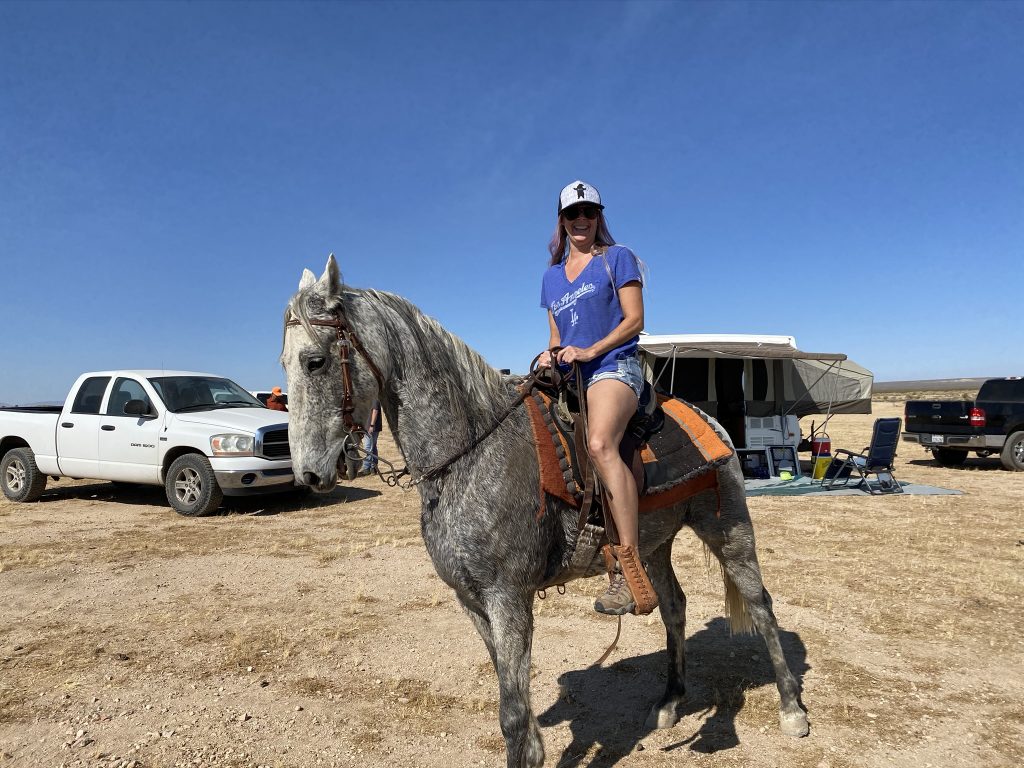 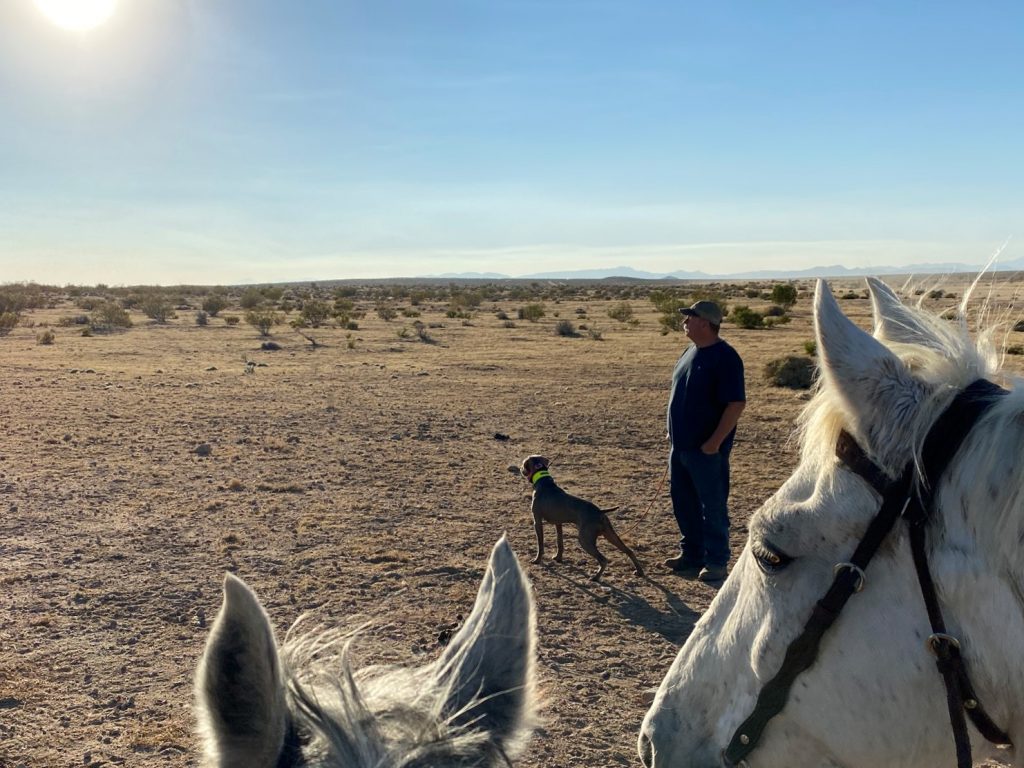 Nacho (2019 Otto x Bliss) about ready to go out on his Open Derby run. 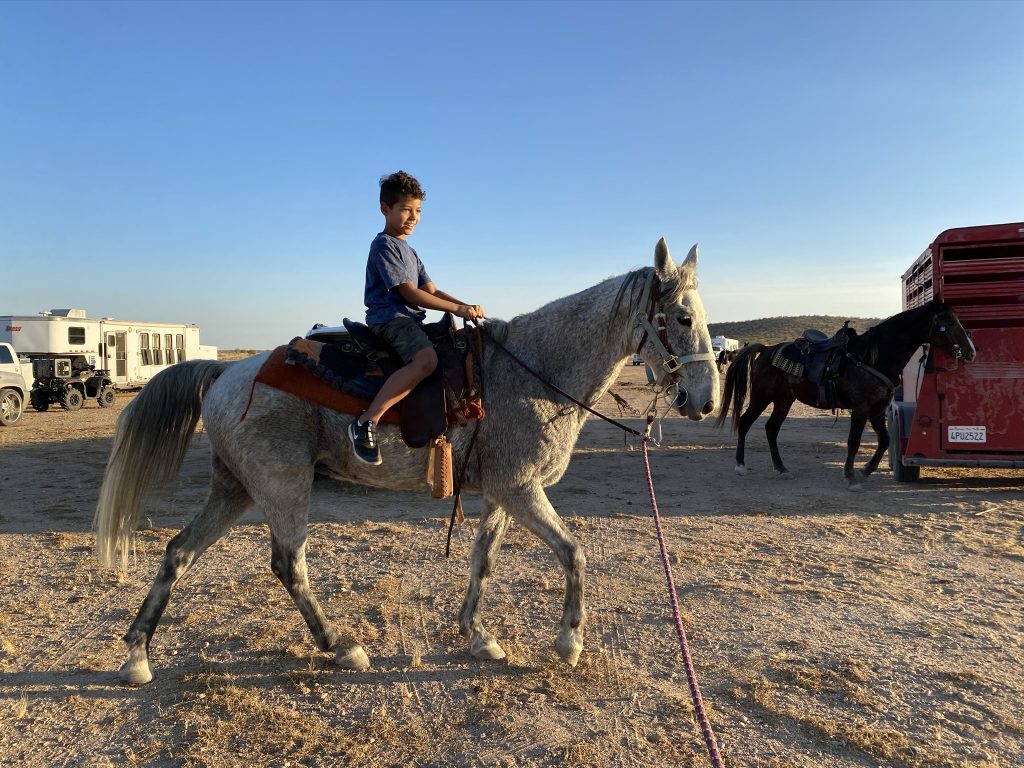 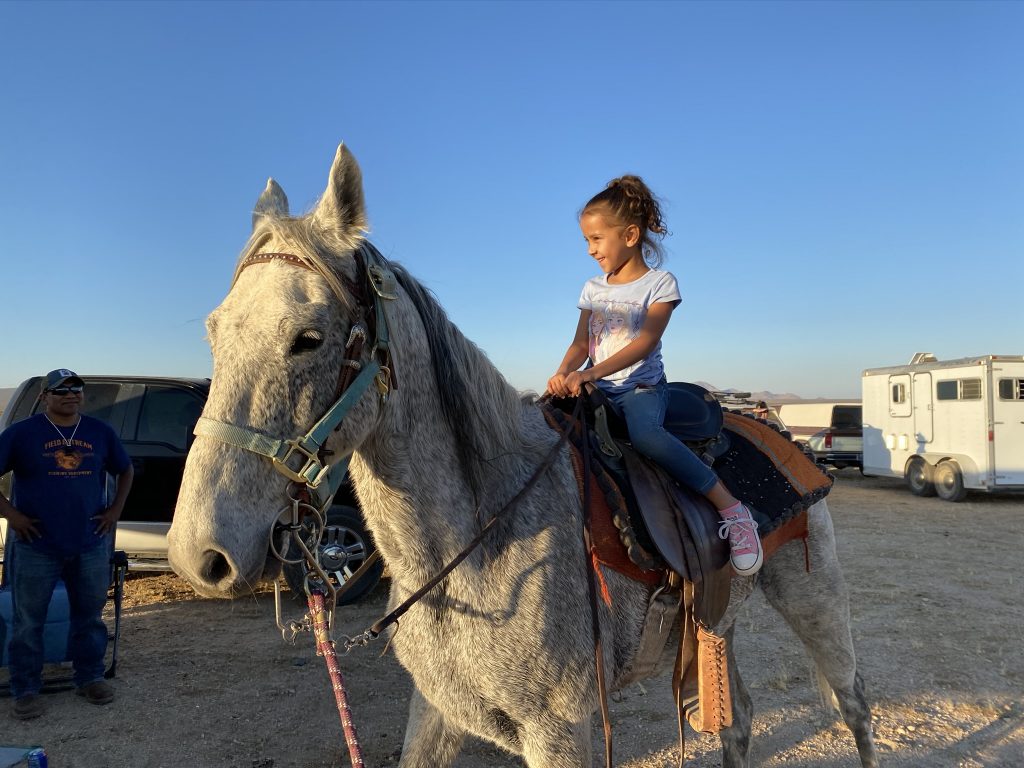 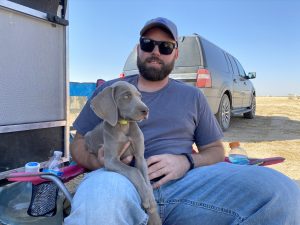 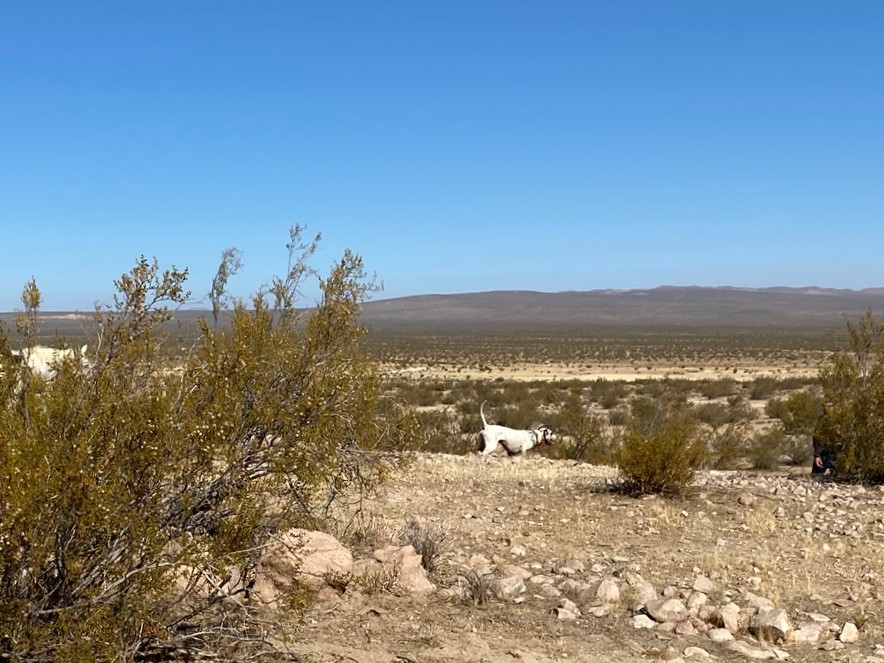 A Pointer on a find in the Open Gun Dog Course. 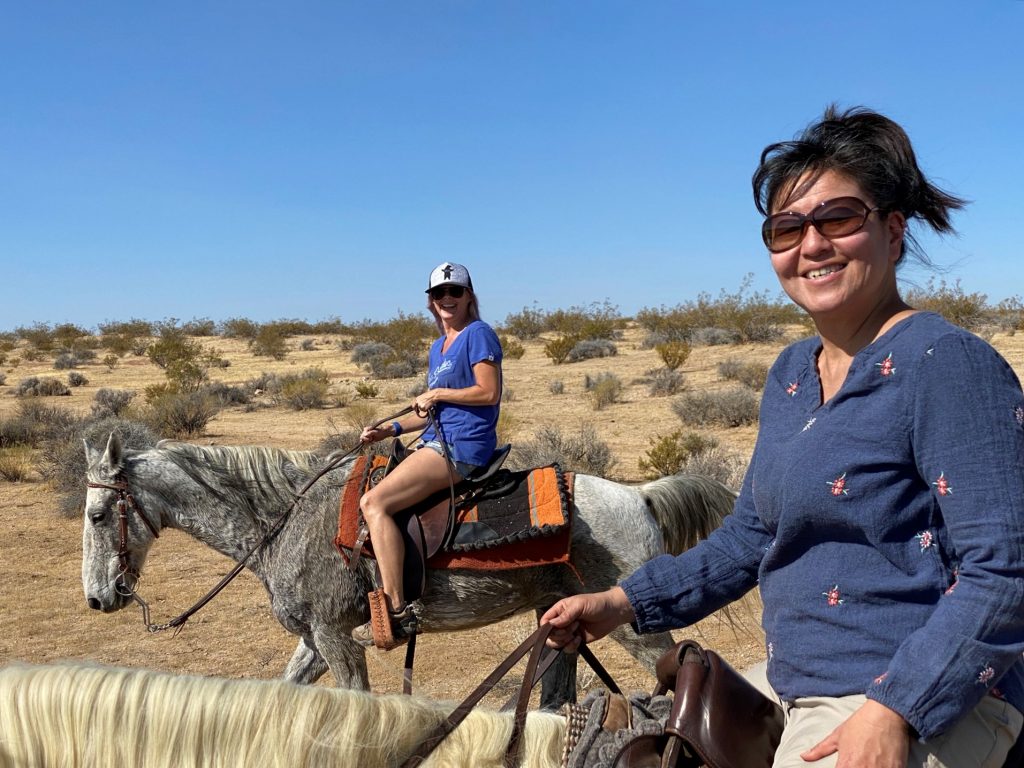 Margi and Anne (Touchstone Weimaraners) riding a brace in the OGD stake. 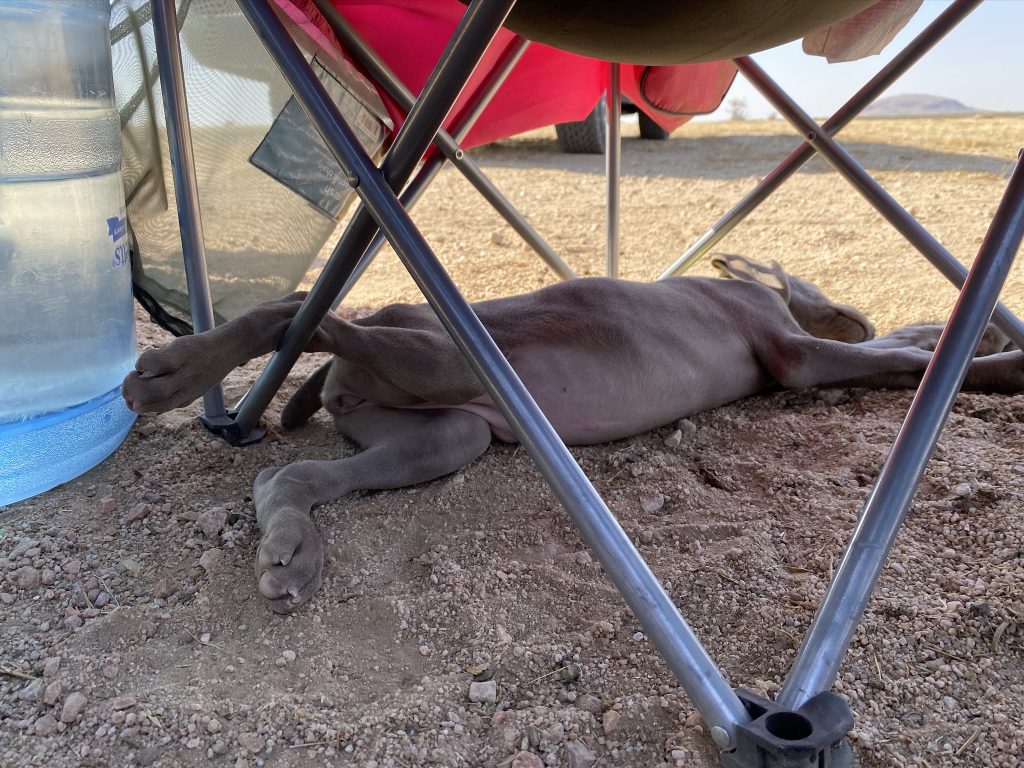 Sacked out puppy in the camp parking lot.