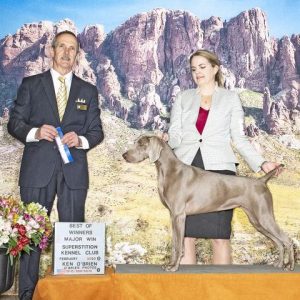 Stevie’s Story. Stevie Nicks (2019 Blaise Pascal x Elleven) was the result of combining beautiful show lines with athletic field lines. At eight weeks, she was selected as the “stud fee puppy” out of L&L Weimaraner’s first litter, and came back to Barrett HQ for basic training and socialization.

It only took a minute to learn that Stevie was special. At the tender age of nine weeks, Stevie joined the class of Barrett Weims that went to the Woofstock Dog Shows in Northern CA, camping out with Kim in a trailer for four days. She had a blast and nothing, NOTHING, phased her! In those 96 hours, Stevie had about 50 people come up to her to say hi, saw about 100 dogs walk across the camping area, and slept quietly in her crate every night. 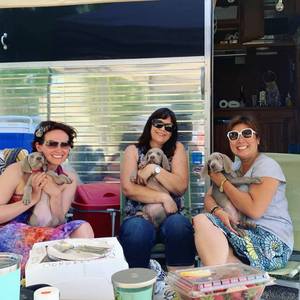 A month later, another road trip! This time, #thegirlsofbarrett got together at an Air B&B for a weekend of regional dog shows (with our huge gaggle of dogs, of course!), and once again, Stevie charmed everyone with with her vocal charm and entertaining ways. 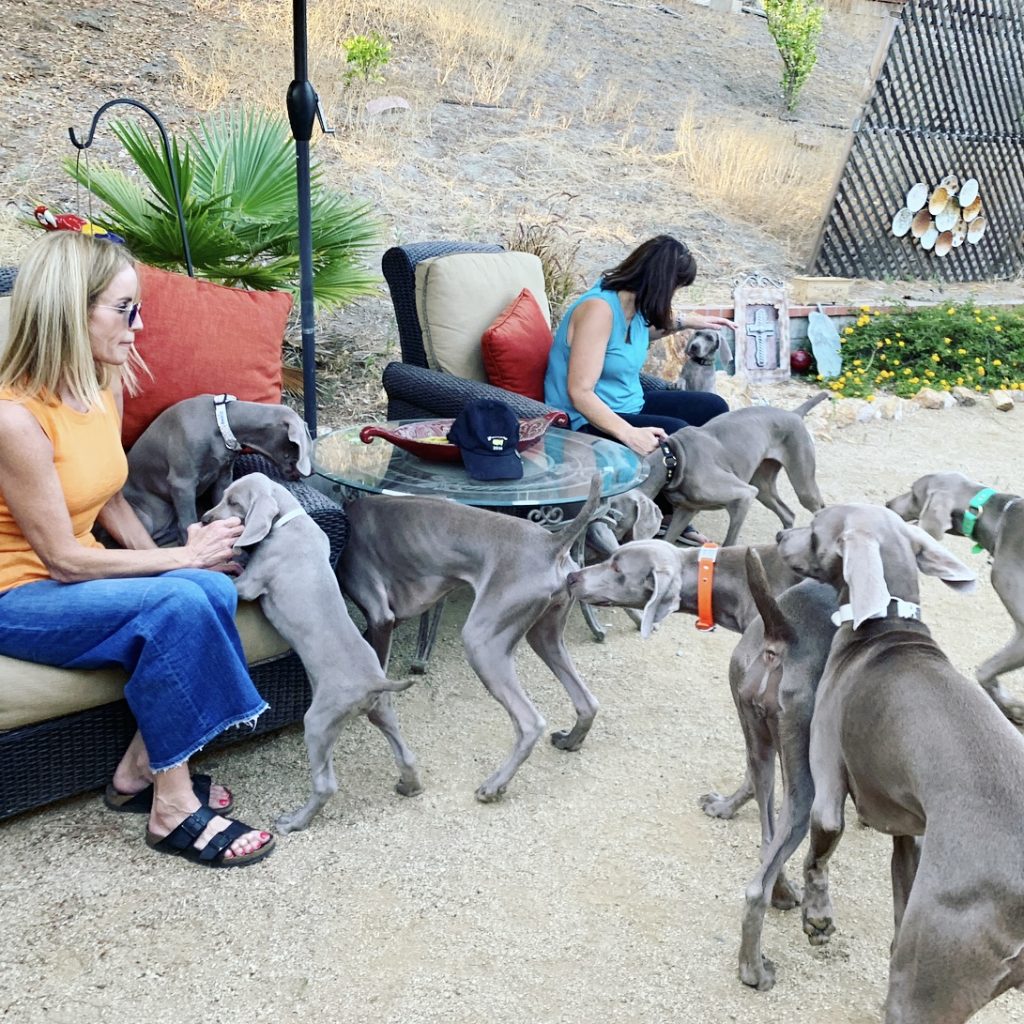 Stevie at left with Stacy

Career. As a youngster, Stevie went to temporarily stay with Kristina and her family. From there, it was confirmed that she was indeed show quality material and began basic training that included coming out to the dog shows just to get socialized and acclimated. During this time, Kristina and Stevie earned a Junior Hunter leg together.

Awhile later, the perfect permanent home came forward for Stevie, and she went to join Tom and Jason, and her littermate sister Luna. !!!! Tom and Jason committed to allowing Stevie to continue her show career, and she did just that with her BFF Kristina. 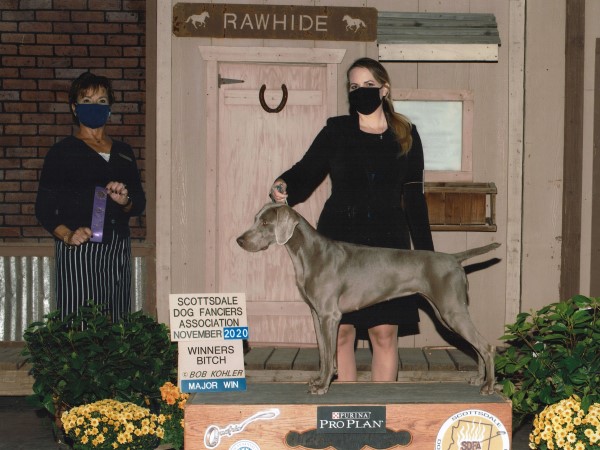 At Home. Stevie is exuberant, friendly, and affectionate. Not the alpha in the house, Stevie gets along with all the other dogs. She’s also a GREAT big sister to little puppies, always being careful to be really gentle with them. Typical of most Weimaraners, she’s also athletic, sneaky, stubborn, and curious. Rotisserie chickens left on the counter will disappear. Patio sliders will have nose art printed about six feet high. After a full day of hiking or running, Stevie’s favorite place to be is snuggled up next to her people on the sofa, watching football or basketball (depends on the season).

Barrett Breeding Objectives. Weimaraners are beautiful, medium-sized dogs with artistocratic features and should be preserved as such. One of our short-term (within 10 years) goals is not to just breed show dogs, but to produce and sustain a bloodline of Weimaraners who are noble, alert, and balanced. In the longer-term (10-20 years) we hope to produce the same magnificent Weimaraners who are also capable of higher level field activity [see also: Dual Champion Weimaraner]. Pending health clearances, Stevie will be bred to accomplished field trial and/or hunting dogs with the explicit goal of producing a generation of Weimaraners who are just as beautiful, but have more of an edge to them that will make them better hunting dogs.

Future puppies who do not meet aptitude testing objectives will be carefully placed in active companion homes. Please contact us directly if you have any specific questions about Stevie and her future litter. There are also other litters planned for this year that may also be well suited for companion families. 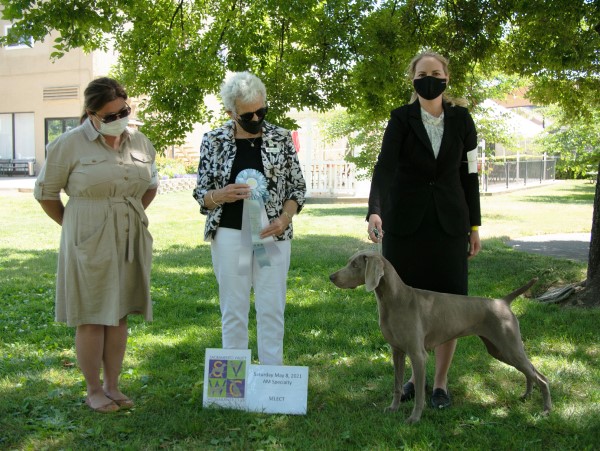 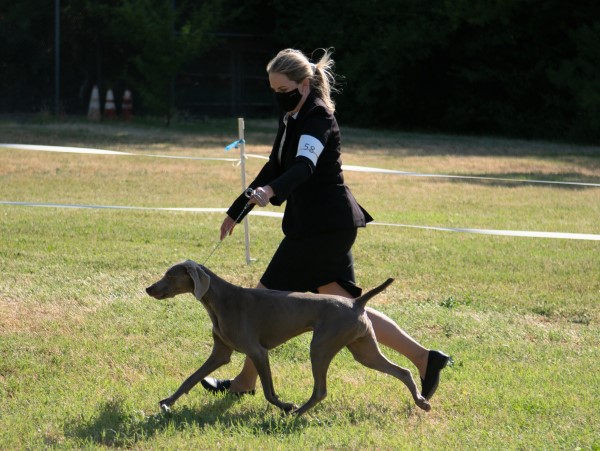 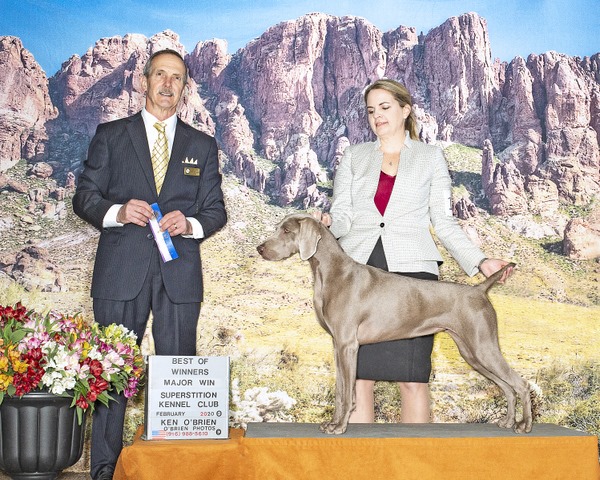 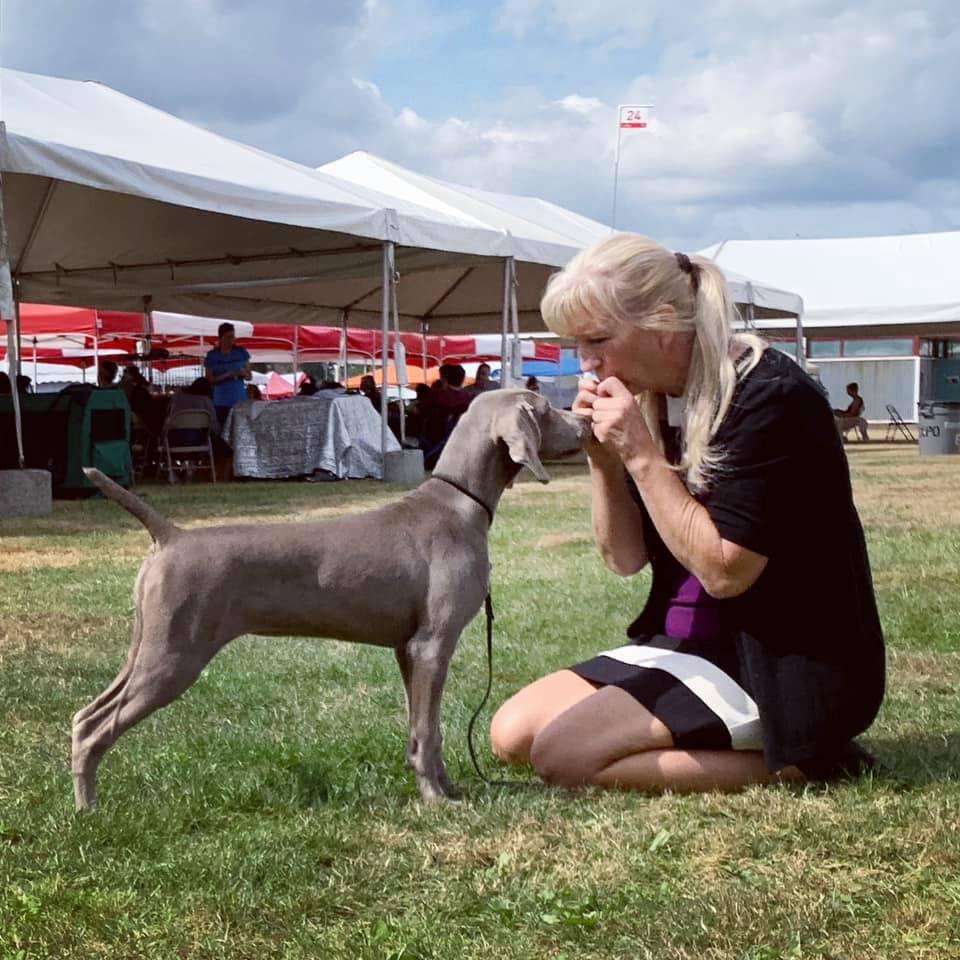 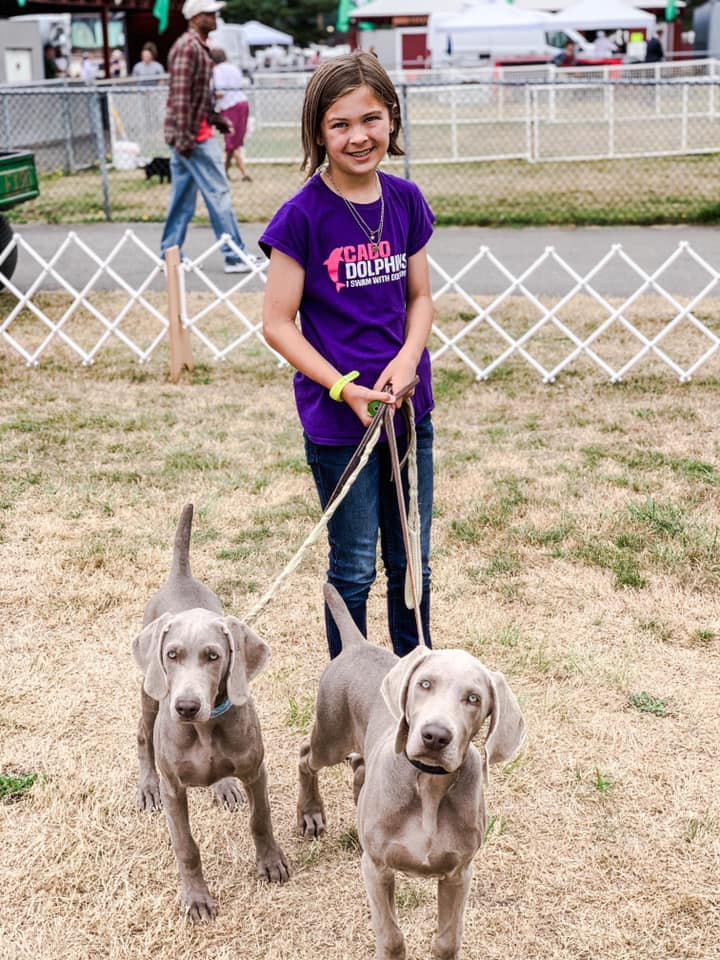 August 2019 – Stevie (left) socializing with others on the show grounds 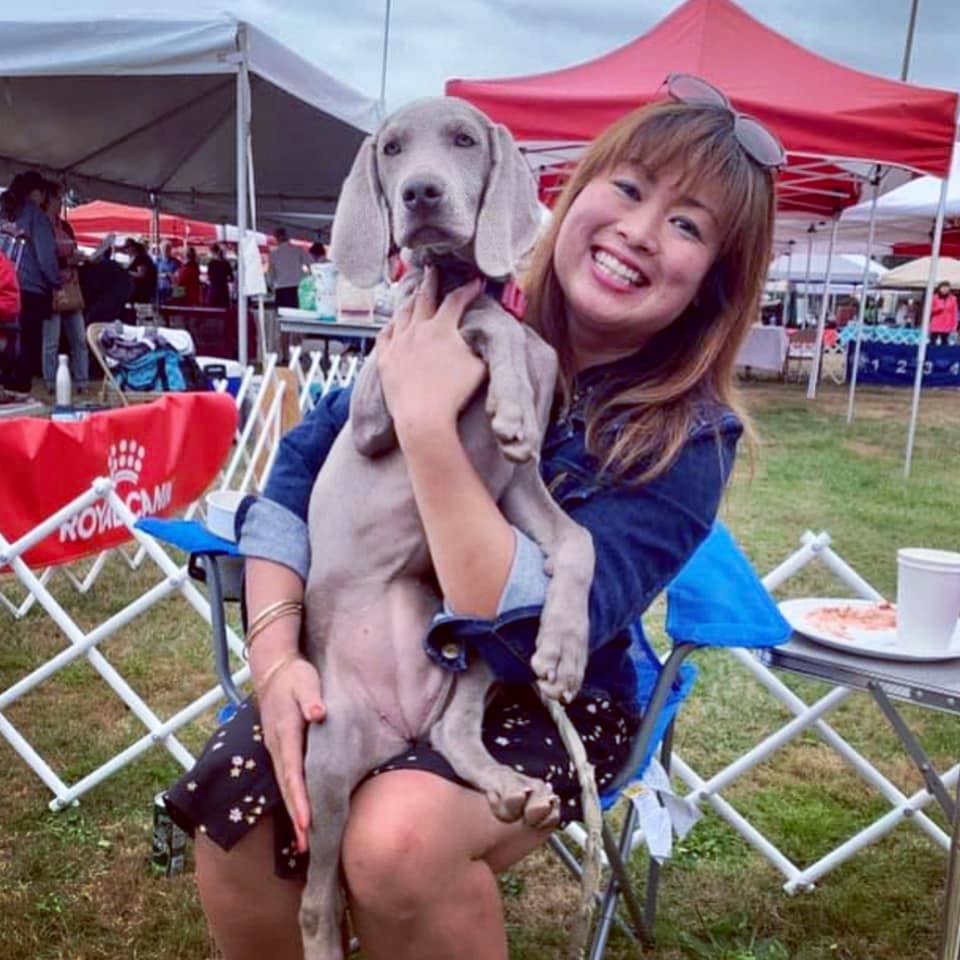