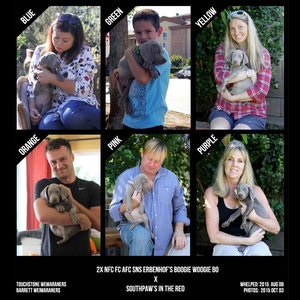 Normally, when we have a litter, there’s a weekly blog/digest that gets produced. [See also: The Declaration Nine blog.] This time around, we elected to go with “Daily photos being posted to the Facebook page.” Below is a summary of all the shots. For captions, go back to the Facebook page between August 8, 2015 and October 3, 2015. Enjoy! 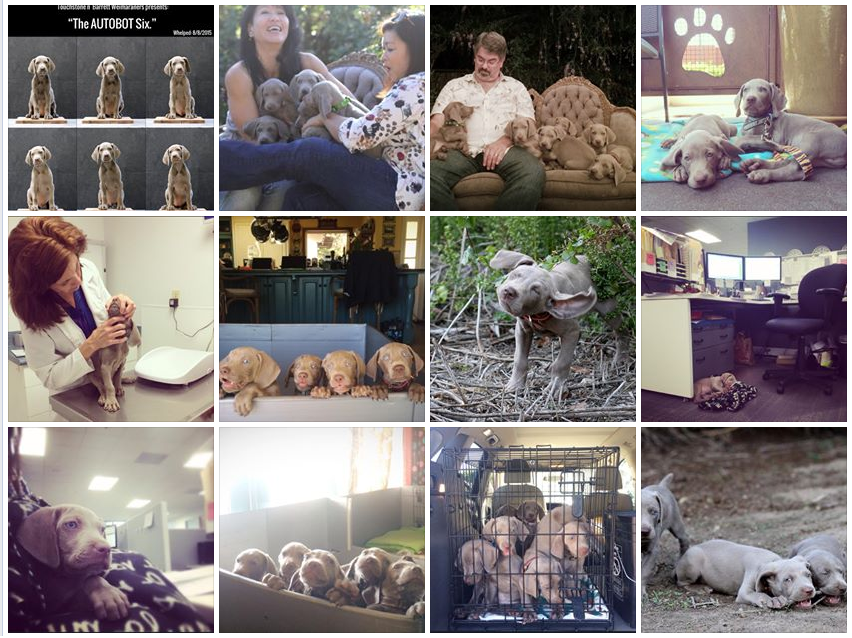 The ninth week: One final week with the puppies to reinforce outside potties, sleeping in the crate, and walking on a leash. Everyone also went to the vet and got a clean bill of health. We also got in our last car rides, hikes and office play dates. At the end of the ninth week, puppies turned 8 weeks old, received their first DAPP shots (Merial Recombitek C4) per the WCA Vaccination Protocol and were sent on to the next chapter in their lives. 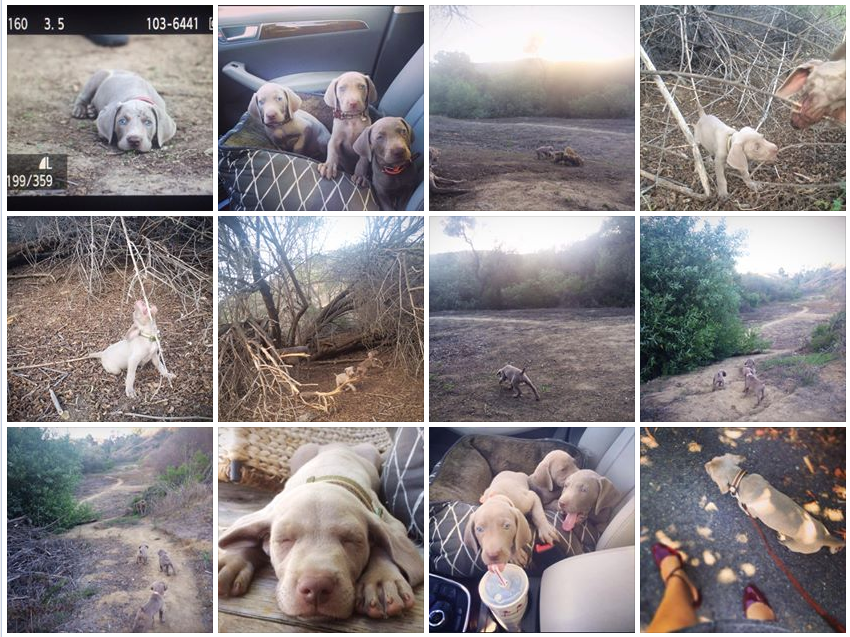 The eighth week: Puppies all took car trips down to Laguna Beach to go hiking! We also introduced the leash, and everyone learned how to walk (nicely) with one. 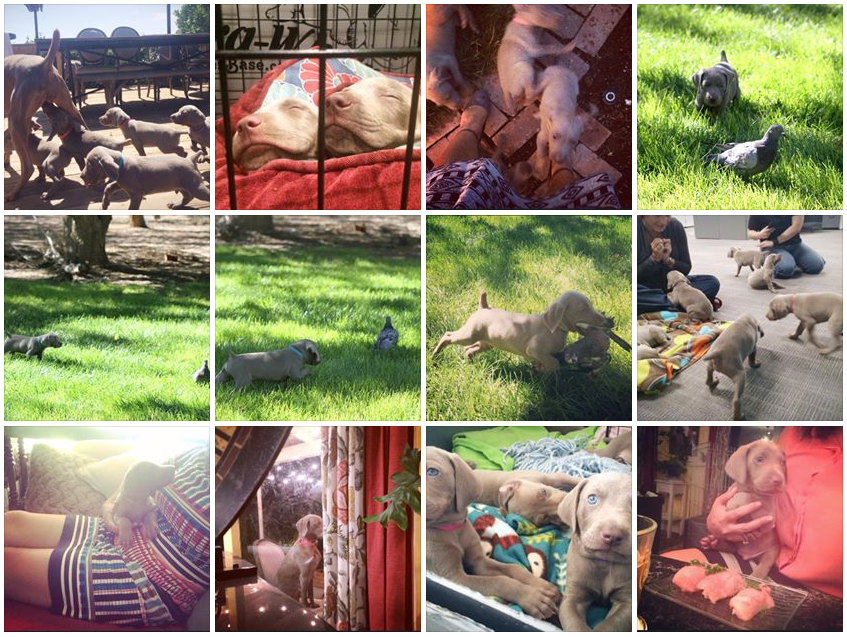 The seventh week: Puppies went on a ‘weekend adventure’ trip in a motor home (and clocked a few hundred miles!) so we could expose them to live quail (they were, after all, bred as hunting dogs). Puppies also went back to the office for some more fun and socialization. Puppies are now getting themselves outside to potty… on the lawn! 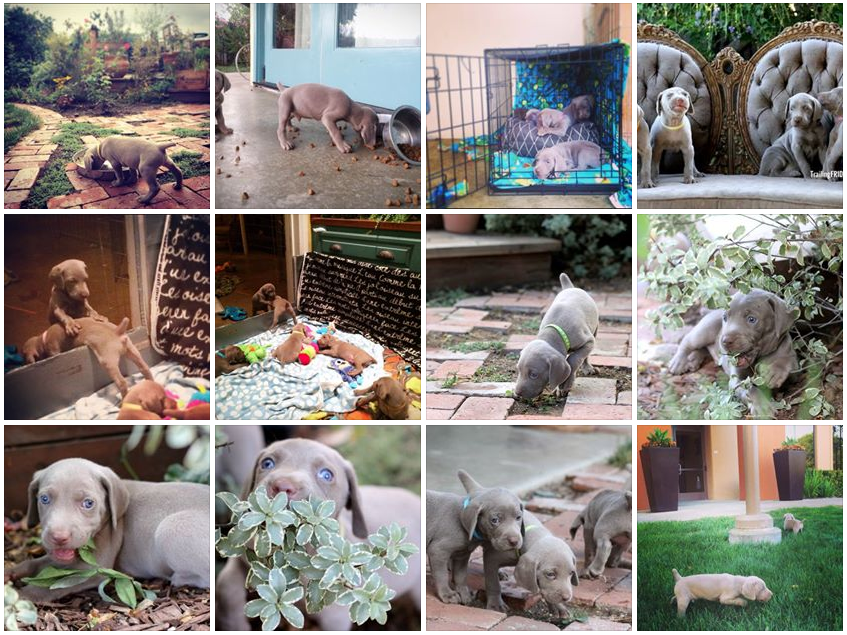 The sixth week: Sneaky little devils are now all over the house, making themselves quite comfy. Also, crate training was introduced and crate time was successfully implemented. 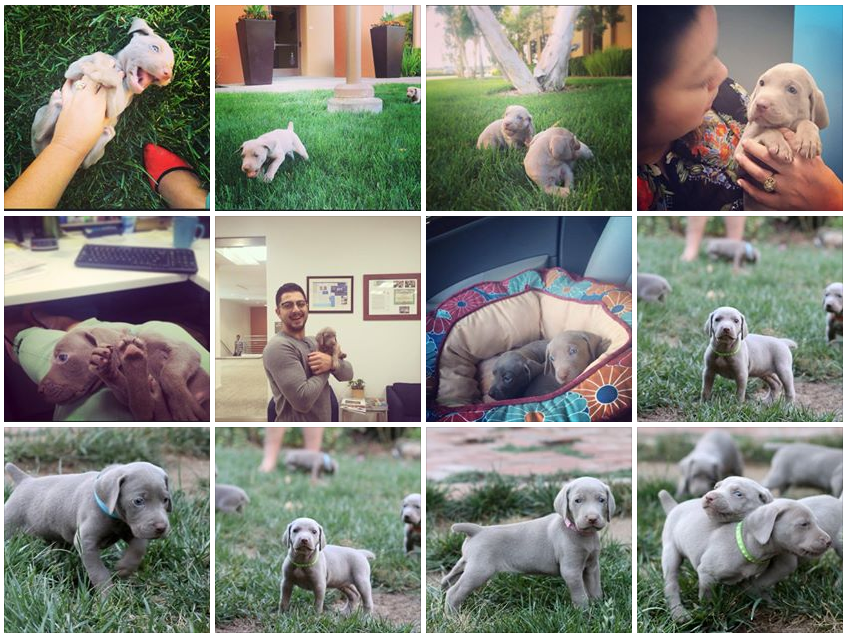 The sixth week: Puppies are all exposed to the car, and hitch a ride with me to work! They were a hit in the office. 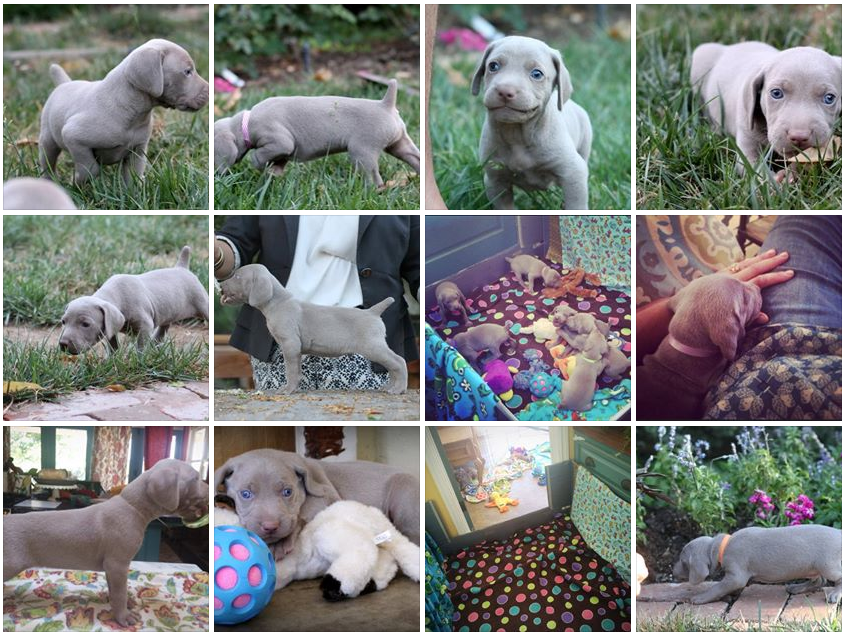 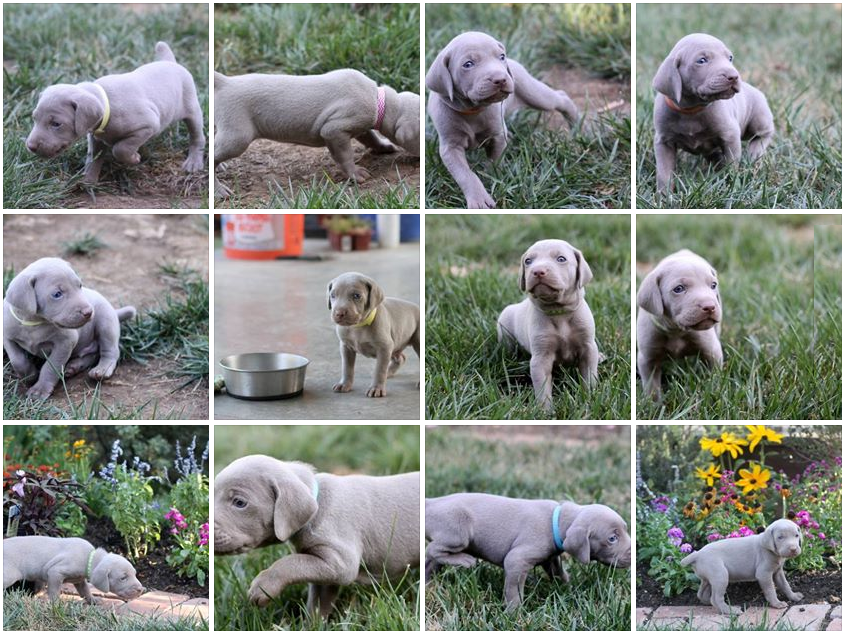 The fourth week: Daily activities now include a romp through the garden. 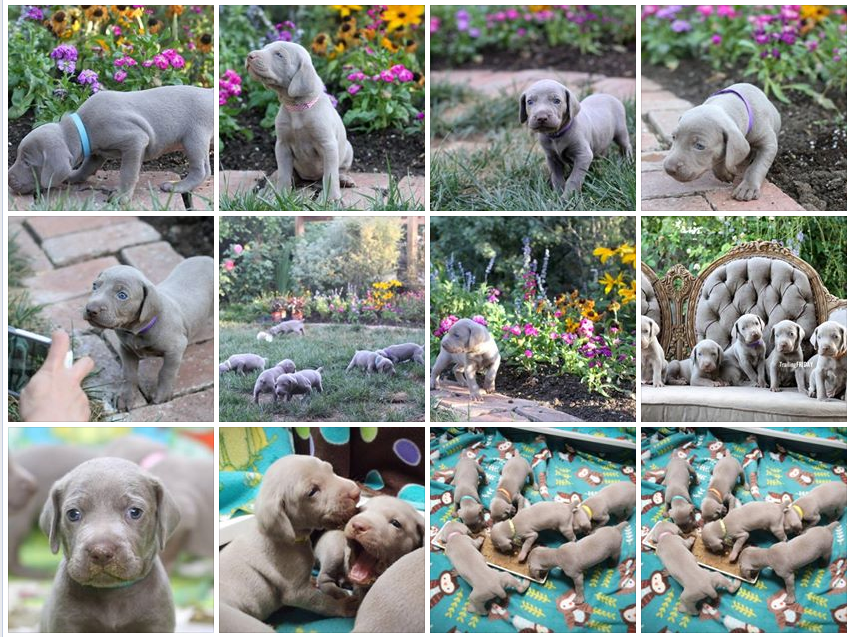 The third week: Puppies LOVE their ‘gruel,’ and enjoyed getting a taste of the great outdoors. Lots of new sights, sounds, textures, and smells. 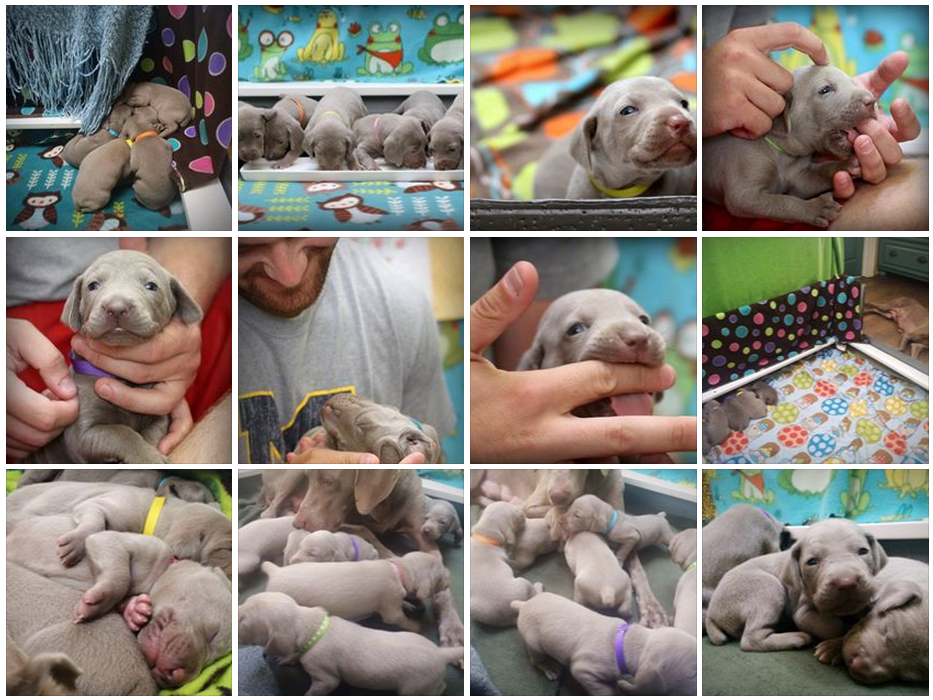 The second – third week: Introduction to goats milk! And a lot of puppy wrestling. 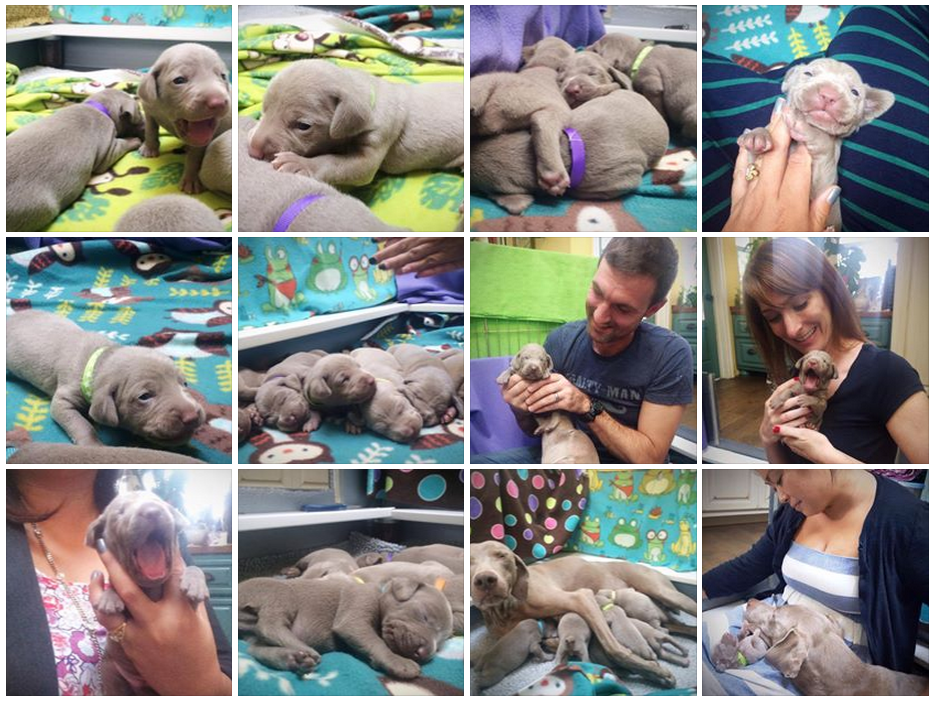 The second week: Puppies began to open their eyes and ears. Visitors also popped by to say hello! Daily activities include lots of snuggle time inside the whelping box. 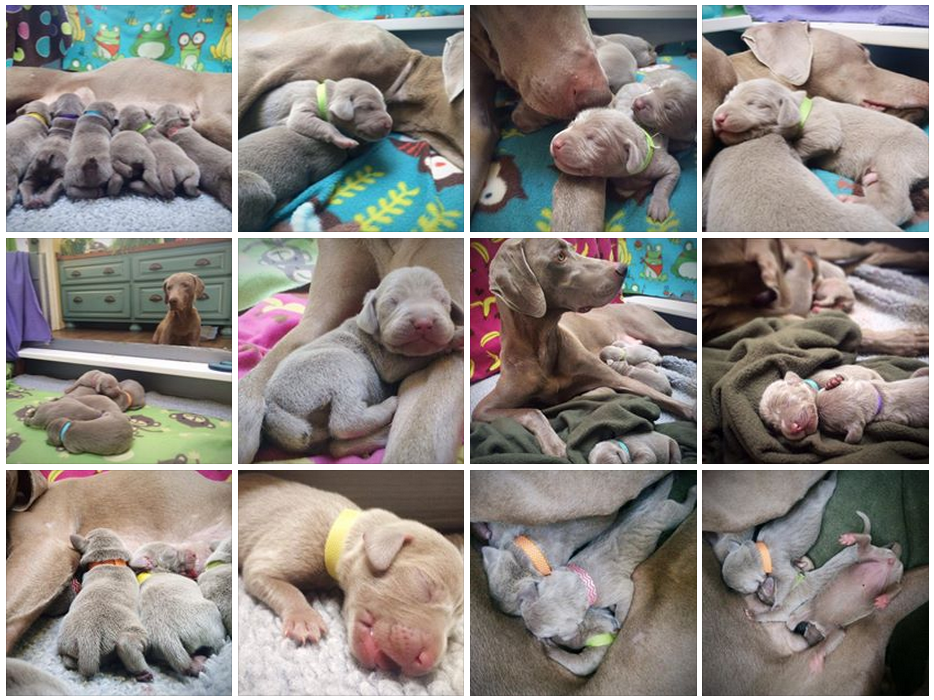 The first week: Six puppies were delivered on the afternoon of October 8th. All were healthy and happy. In this first week, tails and dewclaws were removed, and the main focus remained on keeping mom fed and comfortable, so she in turn could keep her puppies fed and comfortable. On day three, we initiated the bio-sensing exercises and also early scent introduction.

For those interested, there’s also a journal, here, that outlines the first four weeks of the 2016 Americana Nine litter.