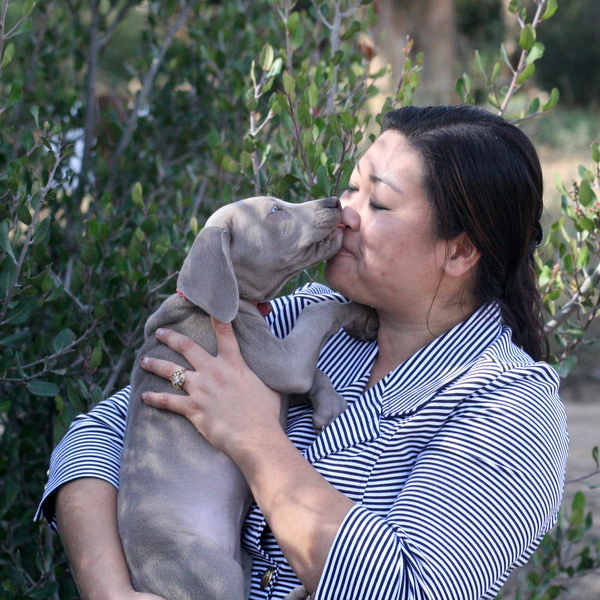 …and that’s a wrap! The Circus Seven have all been placed with their families. 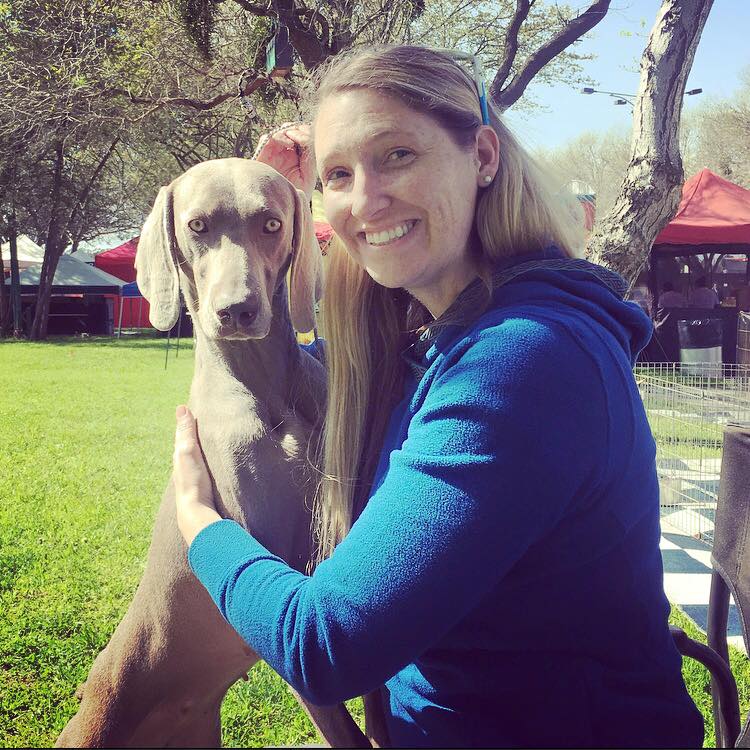 LADYBUG – BUG, the itty, is now “all grown up” and lives with Erin and half-sister Gracie. Her name is BARRETT N’ STAR’S FLYING SPECTACLE! 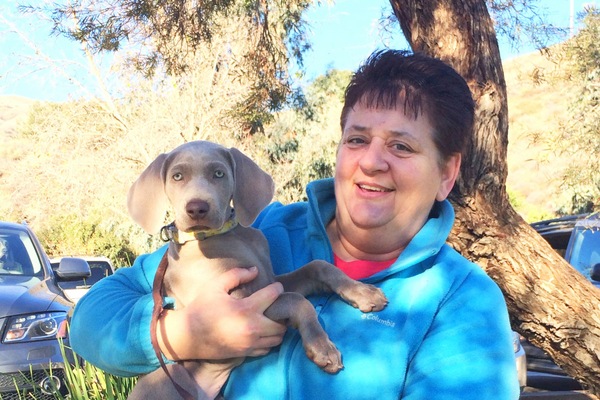 BUMBLEBEE – ZANIE, the clown, is going to join her biological father and half-sister in Simi Valley. For the Weim geeks, watch out for BARRETT AND STAR’S UNDER THE BIG TOP in the catalogs. 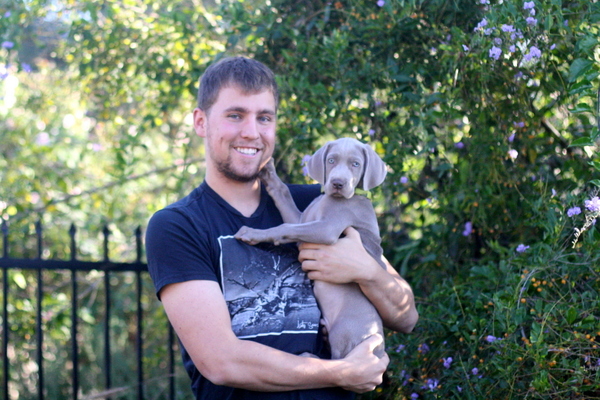 FROGGIE – JAEGER, the jumbo jet, joins his papa in Santa Clarita. Among other things, he will become a military assistance dog. The real kind, with a certificate and special privileges. Registered name: BARRETT’S STAR ZIRKUSDIRECTOR. 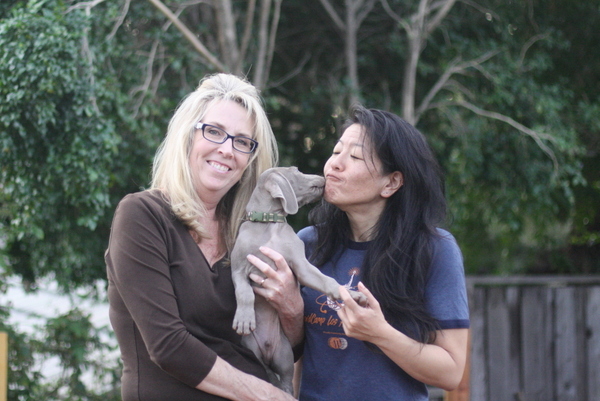 MONKEY – STARK, the fearless independent, is going to a home where he can hunt, for reals. When not hunting, for reals, he’ll also be working towards a career in the wide open spaces. If he “graduates from college,” we can expect to see him at hunt tests and field trials. Registered name: BARRETT AND TOUCHSTONE’S STAR CIRCUS MONKEY. 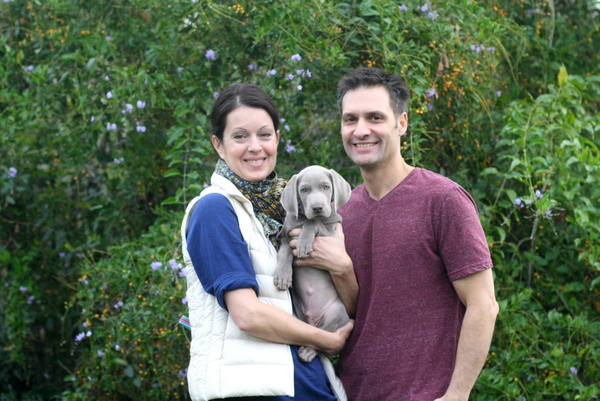 TEDDYBEAR – FINN, the social butterfly, is going to the land of the great big canyons. Being the “only child” in the house, there’s no doubt he’ll be doted on. He’s already dreaming about weave poles and chute tunnels. Nimble and quick, we already know he’s going to own it. Registered name: BARRETT’S STAR RINGMASTER. 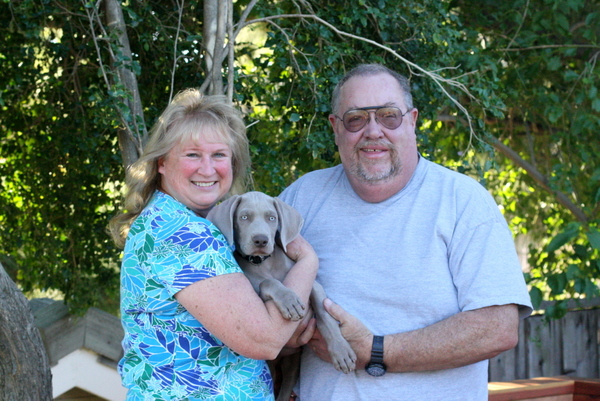 PENGUIN – ANZE, the sleeper, is headed off to wine country and joins a gaggle of canine and equine mates. Utility articles and heel commands are definitely in his future. Registered name: BARRETT ANZE’S SLAP SHOT. 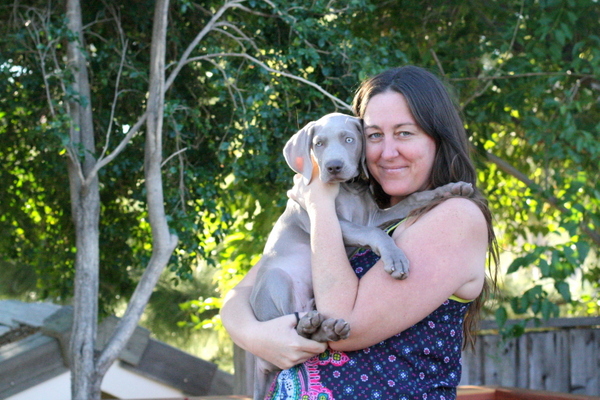 Special thanks to my good friend Amy for babysitting Anze for me until his parents were able to pick him up!

I happen to believe that things have a funny way of working out. And that certain things were meant to be.

Roman came to me a few months back to inquire about getting a girl out of the upcoming litter. From the get-go, I wanted Roman to have a Barrett puppy, but I also knew that my hands were tied… it was all on Friday to give us enough girls for Roman to have one. Sadly for Roman, we fell one girl short. But then this amazing thing happened; another breeder in Northern CA reached out to say “I need to place two females, can you help?”

So, Roman got one.

And Mindy and Dustin, who I was in touch with before Friday even had her first litter, stepped up to take in the other girl. Although not biologically related, we still consider these girls part of the Barrett family. So maybe we’re more like “The Circus Nine?!” 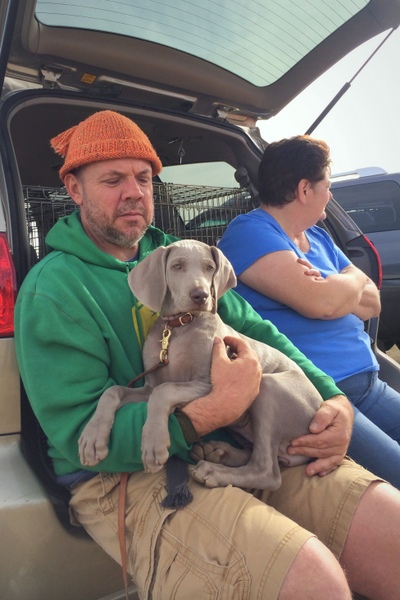 WINDWALKER’S SOMEBODY TOLD ME was born was one week before The Circus Seven. Special thanks to Roman for accompanying me on the drive to Northern California to make the pick-up! 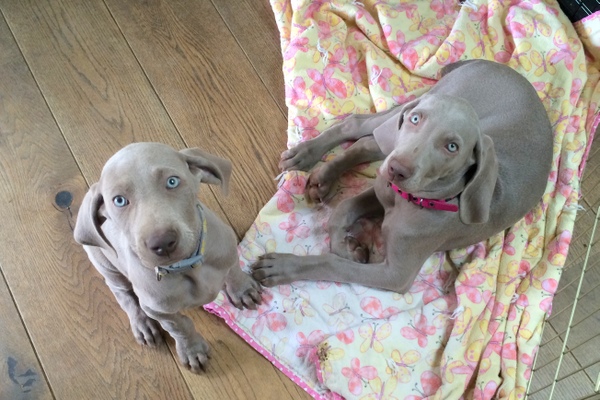 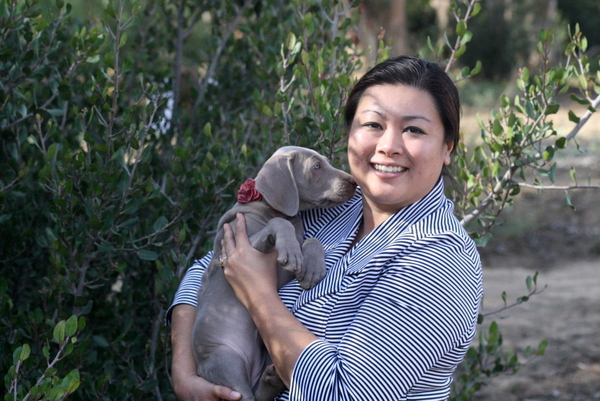 ELLIEPHANT – ELLIE, the little lady who will carry us on. Snobbily known as BARRETT’S STAR ELLIEPHANT ACT. For now, she’s going to focus on being a rock-star puppy. She’s going to learn how to learn. Immediately, she’s being shipped out to friends so she can be in an environment without other dogs, get some independent human time in, and have her confidence encouraged. At some point, she’ll return home to Mamma Friday, Auntie Britta, and half-brother Boulder, and we’ll get her started with all sorts of fun stuff. The jury is still out on where her travels ultimately take her, but for now, we’ll just enjoy watching her grow up.

JUNE 2015 UPDATE: Sometimes, plans just aren’t meant to be. Ellie is now hanging her hat in Northern CA with her half-sister Tule. Mamma Mara has a lot of big obedience and agility plans for little Miss Ellie!!!

Now here’s where I get to get a little sappy. This third and final litter for Miss Friday marks the end of a very special chapter for me, and for Barrett Weimaraners. The last couple of months have been pure joy (minus the day the puppies shredded my dining room) and I appreciate you all for being part of this experience. A heartfelt thank you to Louise Brady, for believing in Friday, for allowing me to use Torque, and also for the friendship and mentorship along the way. To say we hit this one out of the ballpark is an understatement. To the families who are now raising The Circus Seven, I wish you much joy and happiness. And maybe a few sloppy kisses.

Please feel free to call, text, email, or show up at my front door. Anytime.