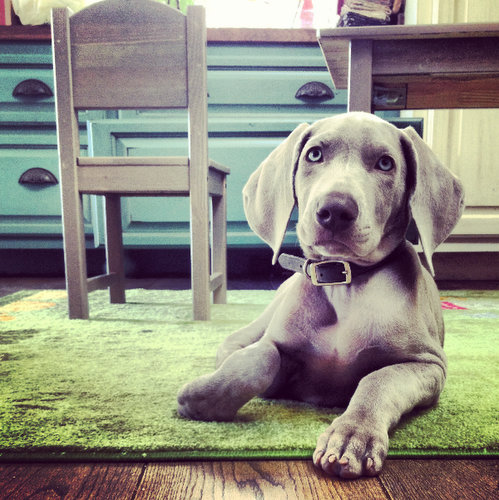 Well, THAT went by fast!

The Pioneer Seven have all gone on to their new homes. As much as I’ve enjoyed raising them, I don’t miss picking up after them (seven poops, seven chew toys, seven blankies, etc.). Without further ado, here they are with their new families. We’re already organizing play dates to get them together again. Stay tuned! 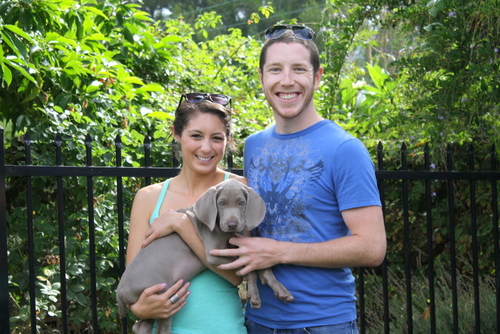 Heinrich went to Huntington Beach, CA to live with Bryan and Nicole. Bryan is a triathlete and avid runner; so I expect that Heinrich will have plenty of exercise to keep him fit. We’ll be meeting them down at the dog beach pretty soon, I’m sure! 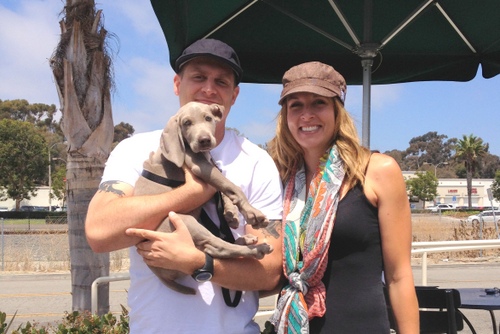 Cooper went to Chandler, CA to live with Chris and Joni. Chris and Joni enjoy boating at the lake on weekends, so we’re all looking forward to see how well Cooper takes to the water. Bonus: he’s also got a big swimming pool in the backyard, so he can practice on his strokes. Cooper also joins a big human brother and big human sister, so there are plenty of playmates to pass his time with! 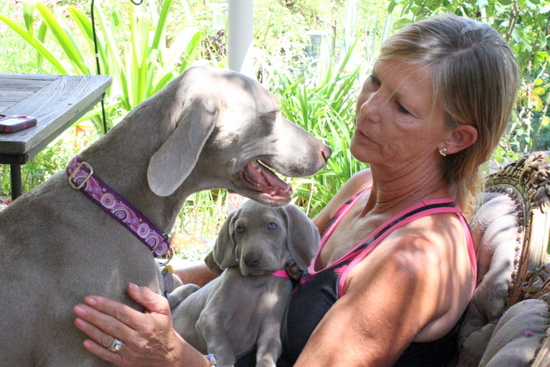 Ashley is co-breeder Holly McKnight’s Pick Bitch out of the litter. She went to Kingman, Arizona to join a multitude of other very accomplished four-legged siblings. We’ll be seeing much of Ashley as she grows up, both in the show ring and out in the field. This one’s also got an International Career ahead of her, as her final destination is the competition circuit in Iceland. Woo! 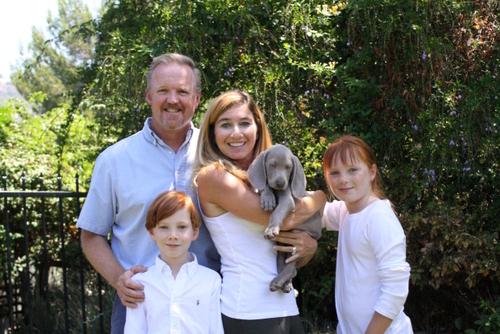 Jasper Joe went to Pasadena, CA to live with Bill and Tish and their two kids. Tish is a marathoner, so I expect that Jasper will be getting plenty of exercise in. There’s a soft spot in my heart for Jasper, so I expect to be seeing him, and them, quite often for playdates and other adventures. If Jasper grows up as handsome as he is now, we’ll also be seeing him in the show ring in 2014. 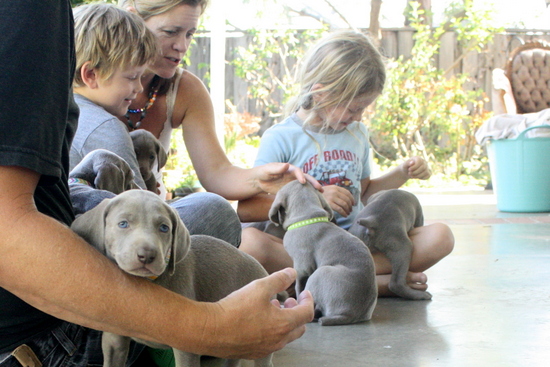 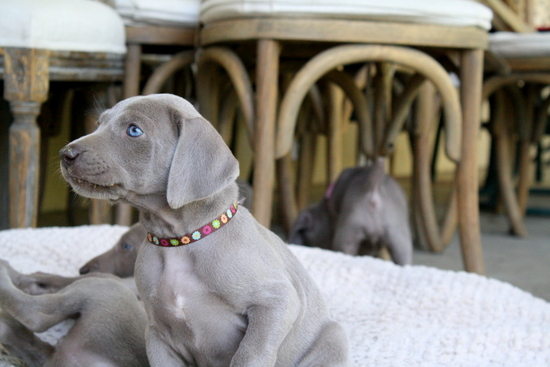 Oops. I forgot to take a family photo of the day Lola went home, so above is a photo of them coming over to see her when she was younger; that was the day they fell in love Purple Girl, and changed their mind about getting a boy. Lola went to Santa Monica, CA, and joined Steven and Lisa and their two kids. Just blocks away from the ocean, she’ll be getting plenty of walks to the beach quite often.

Update from April 2014: Lola is now “LunaBelle” and lives with Hank and Denise in Camino, CA. 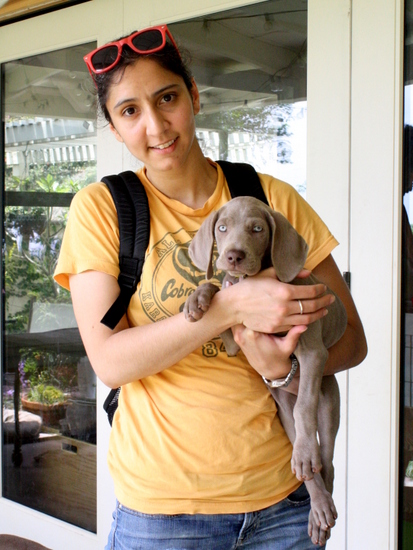 Rilo wins the award for pup most traveled; she went to live with Stephanie in Sacramento, CA. I expect that Stephanie will do an awesome job of getting Rilo out and about, and we’ll see them the next time I’m up that way. I also wouldn’t be surprised if Rilo became a rock-star in her Puppy Obedience classes. 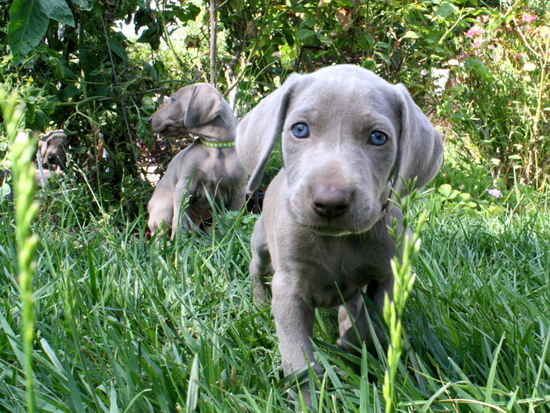 I knew early on that Black Boy was something special. I remember a moment when I had him on the sofa with me (at three/four weeks old), that he was very observant of happenings around him. Dubbed, “the watcher,” he preferred to learn by seeing how others did things. He has a knack for paying so much attention that he’s always the first one through the door jam if he knew we were either locking him in or locking him out. I almost named him “Jammer” because he was always getting a paw stuck in the door (hazard of always being the first in line).

Then, at five weeks old, when I stacked all the puppies for the first time, this little fella just “took to it” in a way that I didn’t expect to see. Consistently, week after week, he proved to be the most amiable to being stacked, planting his feet and curling his toes, and hanging onto his stance until I was done. It didn’t hurt that he had the most balanced conformation out of all of his brothers and sisters.

And then at seven weeks, he scored exactly how I wanted him to score on his temperament test.

I have high hopes for the little boy with the cowlick streak on his face. Only time will tell if I picked right. We’ll see.