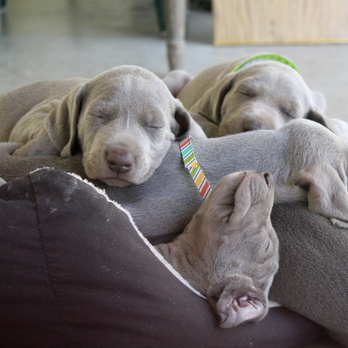 This week, we entered the Second Awareness/Identification Week (28-35 days). With growling, chasing, and “kill” games, puppy play became much more sophisticated. We filled their living quarters with things to chew on, climb on and carry, and tug toys to share with their littermates. In theory, this period helps develop the strength, agility, coordination, and other skills necessary to function as well-adjusted adults.

On the Fourth of July, we threw a little party and had a few friends over. Because it was such a nice day, we pulled the whelping box outside on the lawn so the pups could get a little grass time in. They LOVED it. 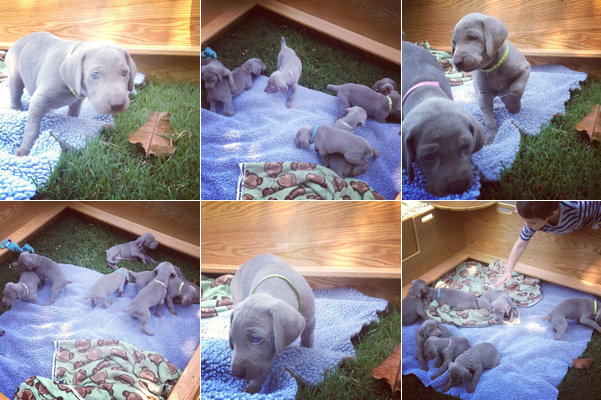 A couple of friends brought their very well behaved dogs, so our pups also met new dogs for the first time: 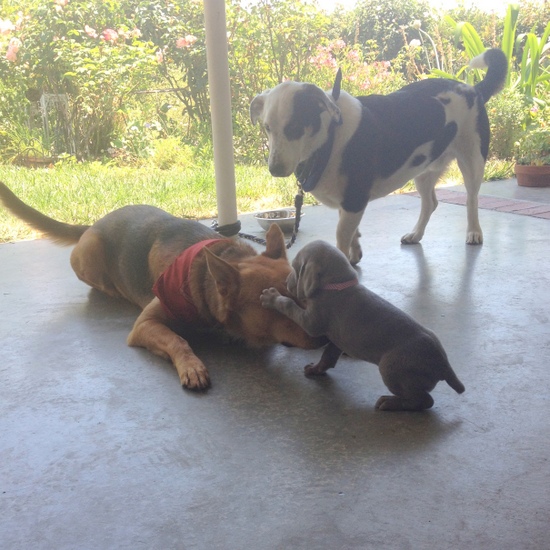 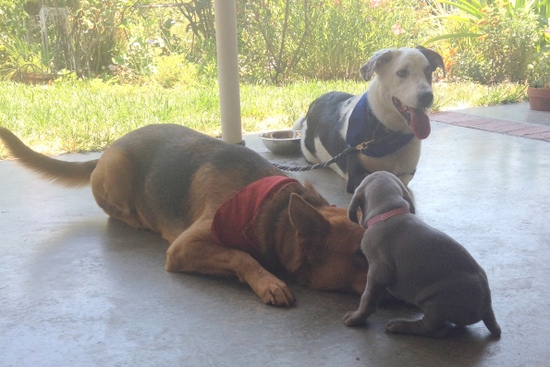 And Rocky patiently waited his turn.

We also stacked the puppies for the first time. See photos here.

Puppies aren’t very neat about their eating habits, so we feed them outside in the garden: 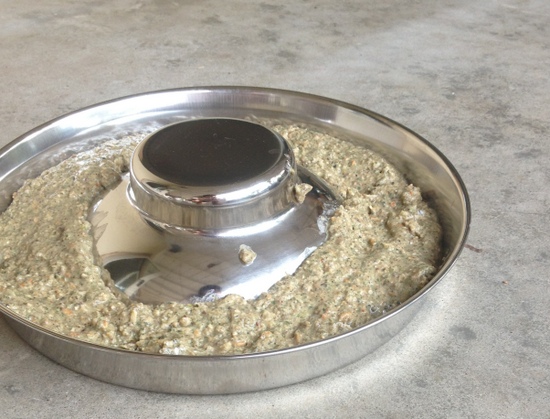 Because the puppies are still quite young, we’ve been mashing their solid food and mixing it with baby rice meal so it’s easier to digest. 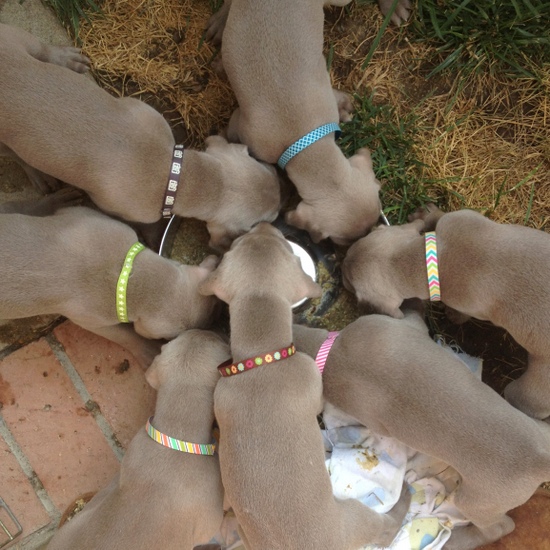 Hogs. All seven of them. 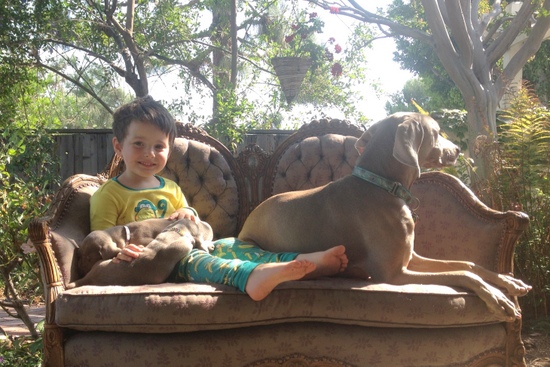 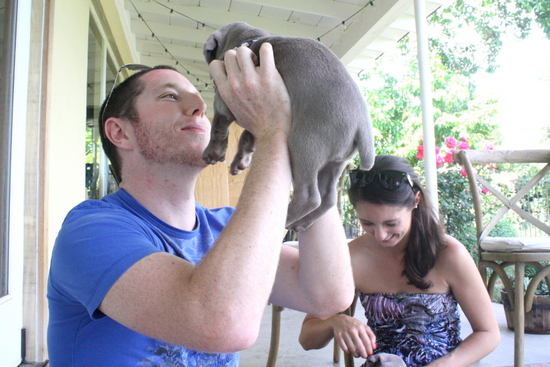 Bryan and Nicole: Holding a pup who might end up being their boy in a few weeks. 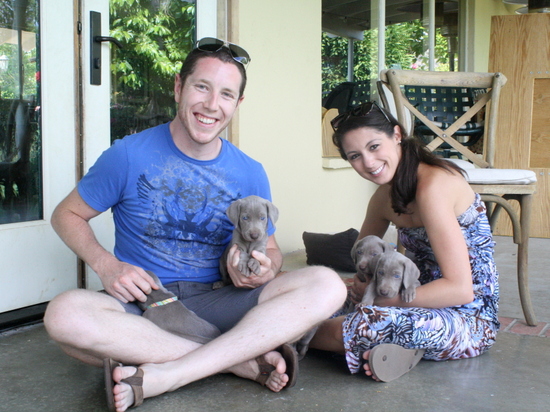 Taking a photo with all the boys… so theirs is in the photo, somewhere. 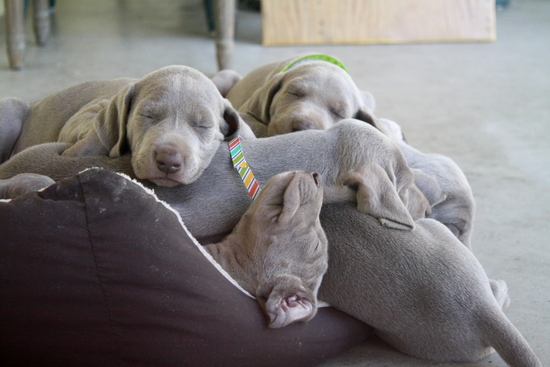 Playing with people is tough work. Do you see Snoopy?