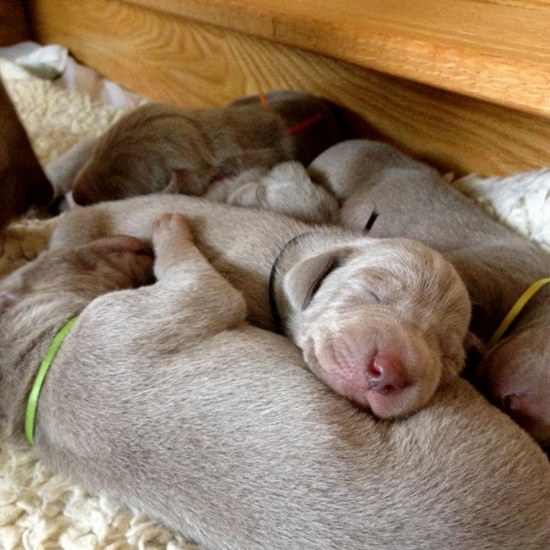 The puppies just graduated the Neo-Natal Period (1-14 days) and have now entered the Transitional Stage (14-21 days); we’re still “Bio Sensing” them for a few more days. On Friday night, Day 13, YELLOW GIRL began to open her right eye. It was pretty much open by Saturday afternoon: 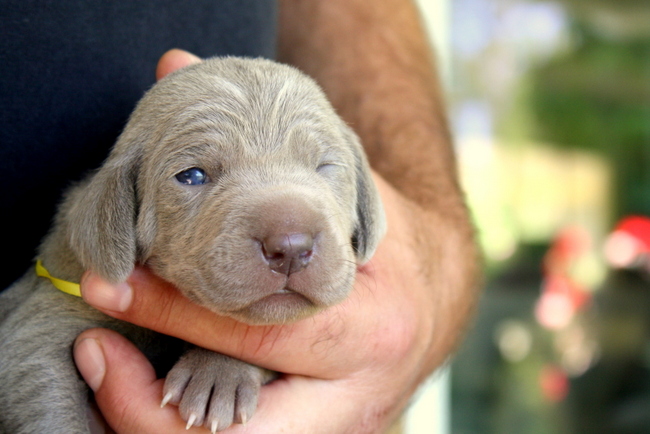 Pups outgrew their first two sets of collars; we are now on set # 3. They’ve also received a couple of nail clipping (they grow FAST!).

On Saturday morning, Friday left her babies and joined me under the covers in my bed for a little Saturday morning cuddle. She hadn’t been able to do that since before the pups arrived, and very much enjoyed this time.

Here is a Week Two summary for each pup:

BLUE BOY: Still my favorite boy. Still the smallest. And the sweetest, especially when he’s sleeping on his mamma’s leg. 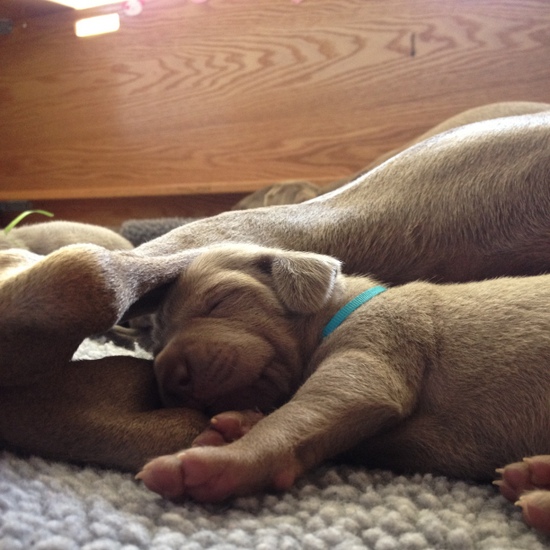 GREEN BOY: Still the biggest, and still a squawker. He HATES being flipped on his back and upsidedown (part of the daily bio sensing exercise). He was the second to open his eyes. Also: If we lost everyone’s collar, I can still spot him, not only because he’s ginormous, but because he’s the ONLY pup that never sleeps with his mouth shut! 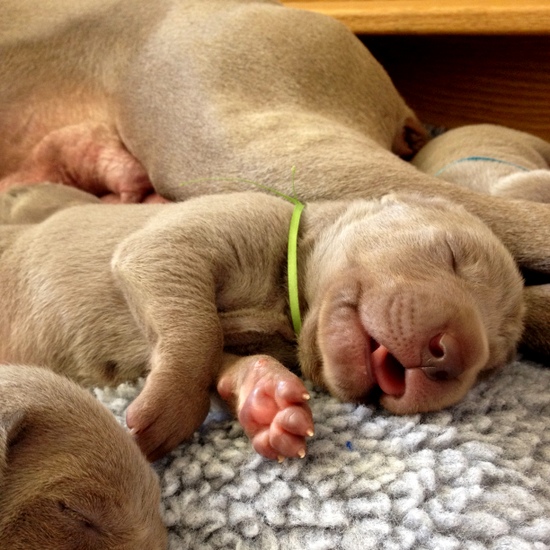 PINK GIRL: When she sleeps, no one can wake her. 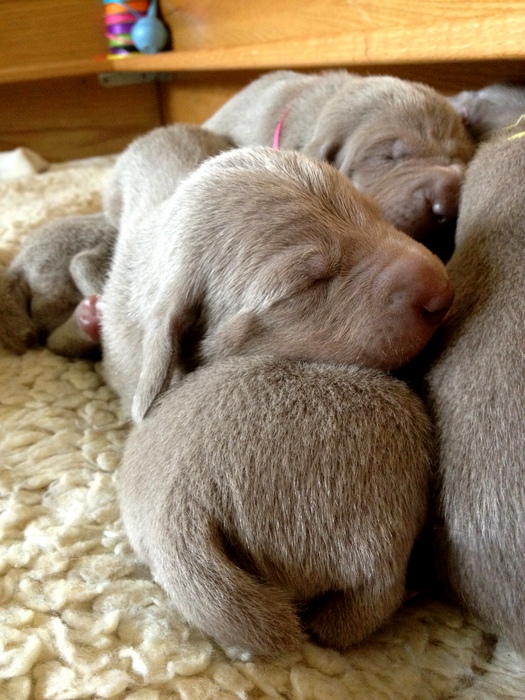 ORANGE BOY: He’s turning out to be pretty mellow. Definitely not one of the louder ones. 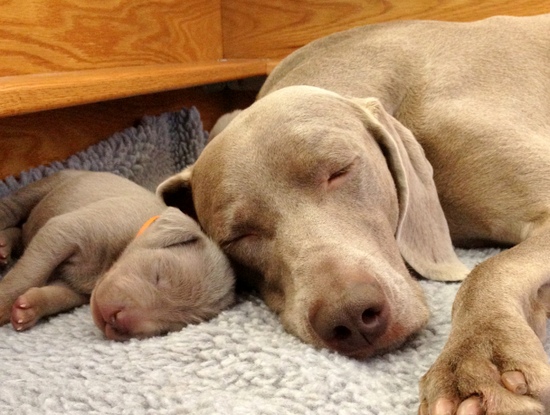 PURPLE GIRL: Still quite the snuggler. 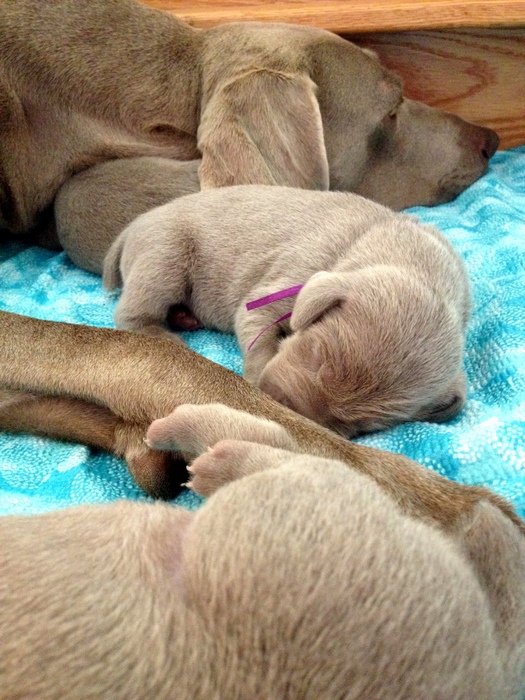 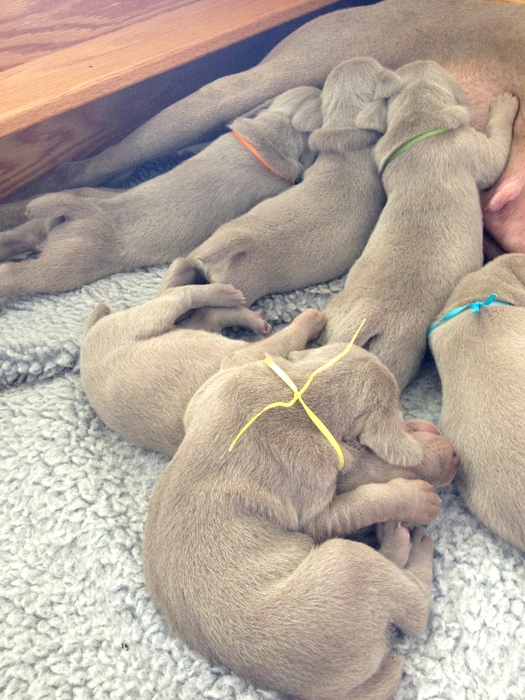 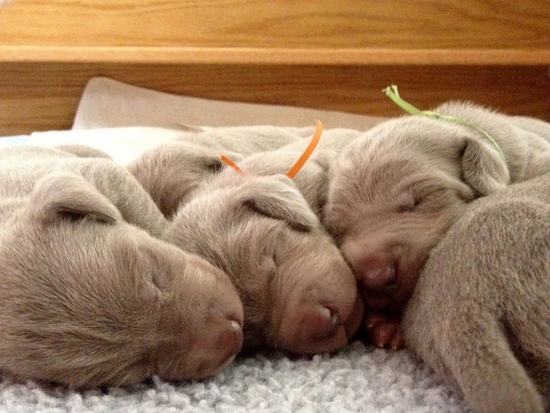 They’re the cutest when they’re sleeping. 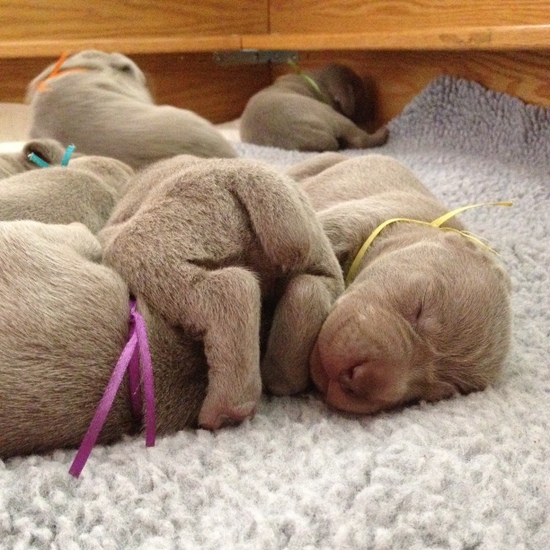 And they sometimes sleep in odd positions. 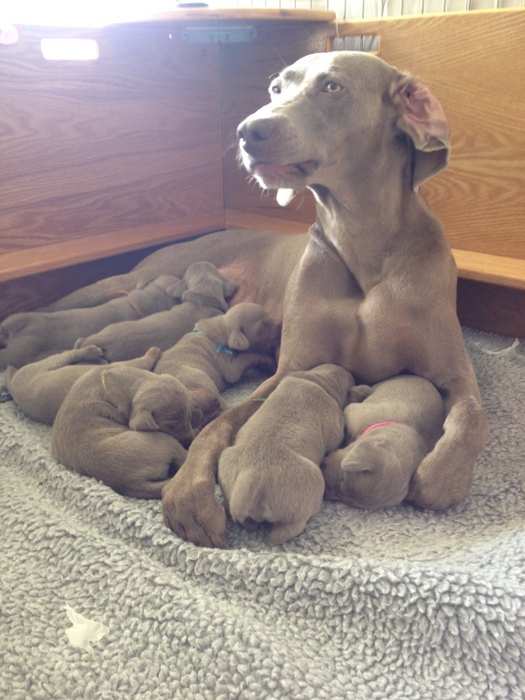 Mamma Friday with all her kids.

Note: There’s a limit to how many photos I can upload to the blog, so the rest of the Week Two photos are upload here.