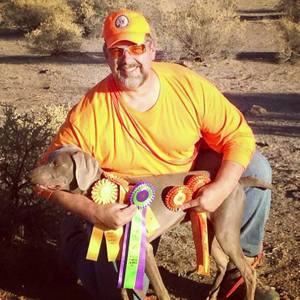 Grandma Friday and (biological) Pappa Boulder are proud to announce that ZANE and his (human) Pappa Lance earned their AKC Junior Hunter title yesterday in Buckeye, Arizona, with four straight passes!!! His scores were also mostly in the 9s with a couple of 10s. At 6 months and 19 days of age, Zane is also the youngest-ever Barrett dog to have earned the Junior Hunter title.

A special THANK YOU to owner Lance Larson for committing to do “lots of fun stuff” with his puppy. In the last six months, Zane has been out hunting for pigeon, quail, and pheasant. We have no doubt this is just the beginning of his very bright future. 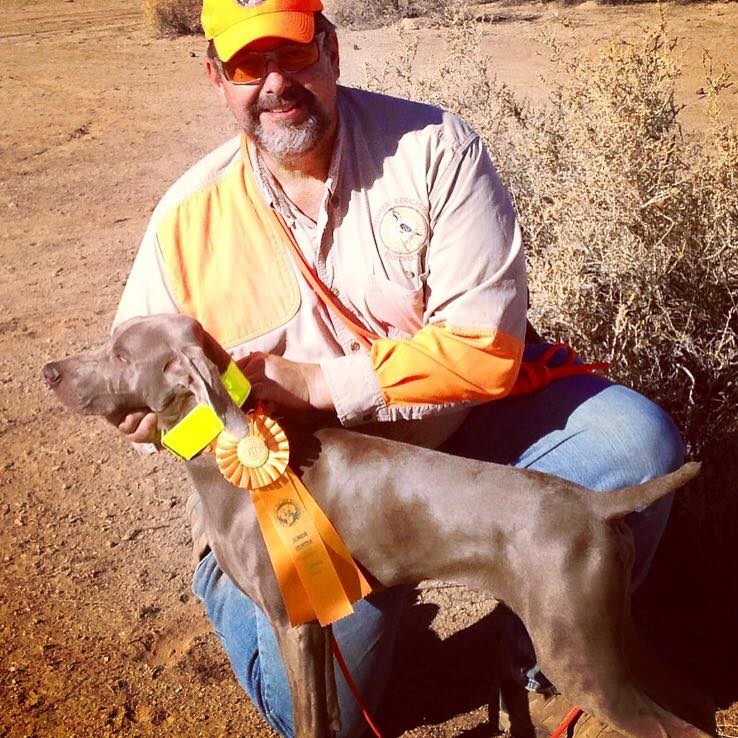 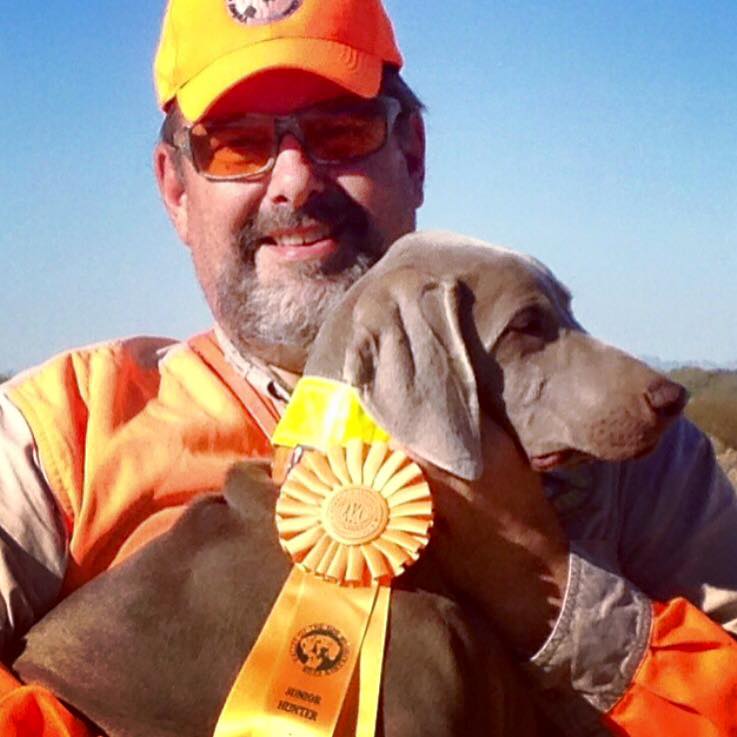 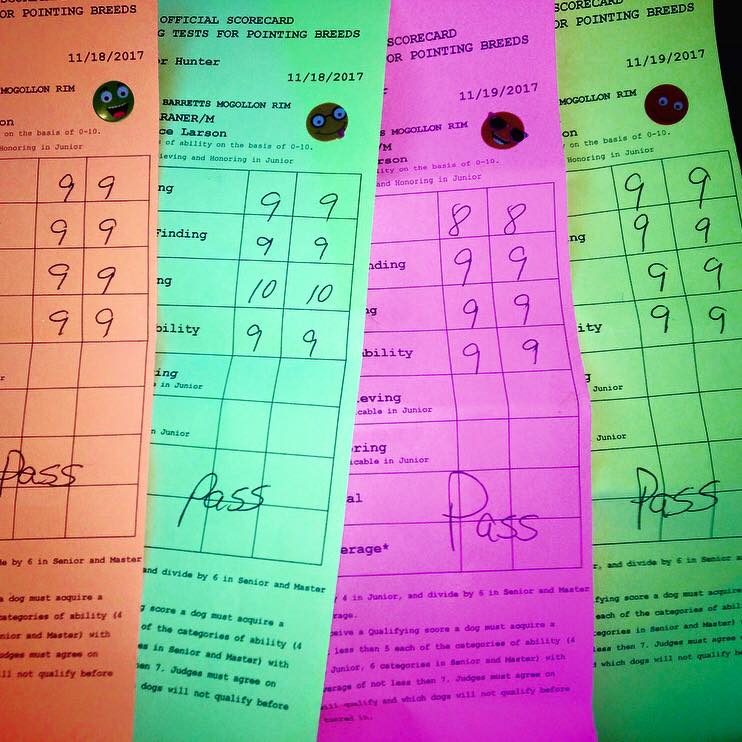