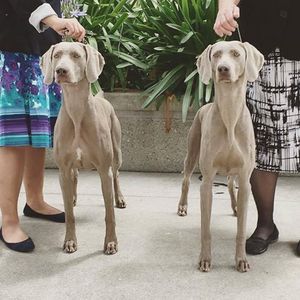 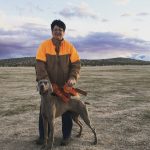 Zanie was “BumbleBee” out of the 2014 Torque x Friday litter and lives online at Star Weimaraners. As pick bitch, she went home to Mamma Louise (and pappa Torque and half-sister Squeak). At 6 months and 10 days, old, Zanie went Best of Breed over Specials from 6-9 month puppy class for her first Major! A month later, she picked up her second Major in Vallejo, CA. Zanie finished her bench championship easily at the age of 10 months. In February 2016, Zanie earned a Fourth Place in Open Derby ribbon at the Orange Coast Weimaraner Club’s Field Trial in Kingman, AZ. In July 2016, Zanie picked up a Second Place in Intermediate Bitch ribbon in the 2016 WCA Western Futurity/Maturity. In December 2017, Zanie had two puppies, a boy and a girl. One is a finished Show Champion and the other is working on it! Zanie’s pedigree can be viewed here. 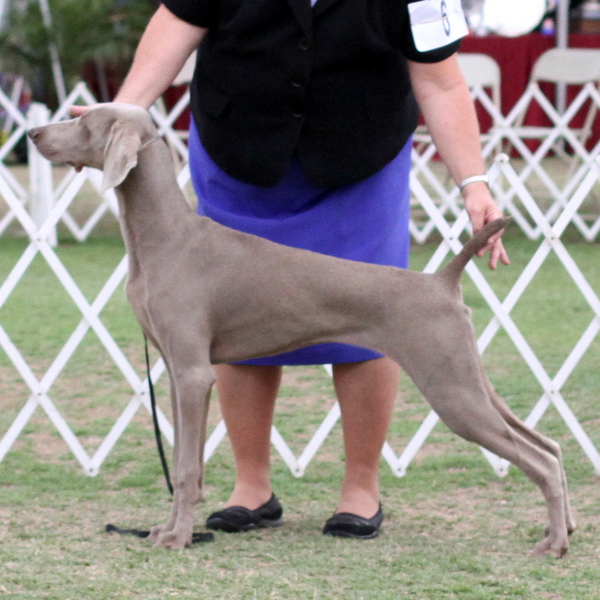 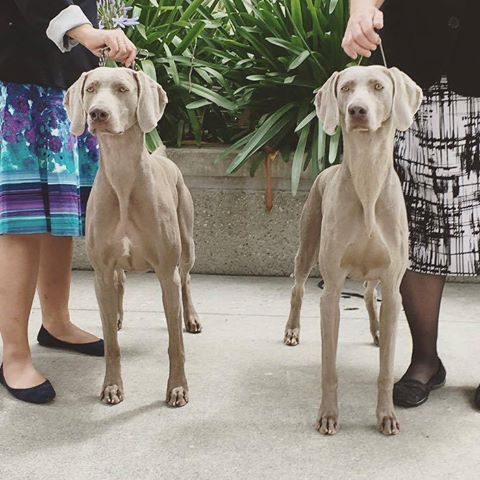 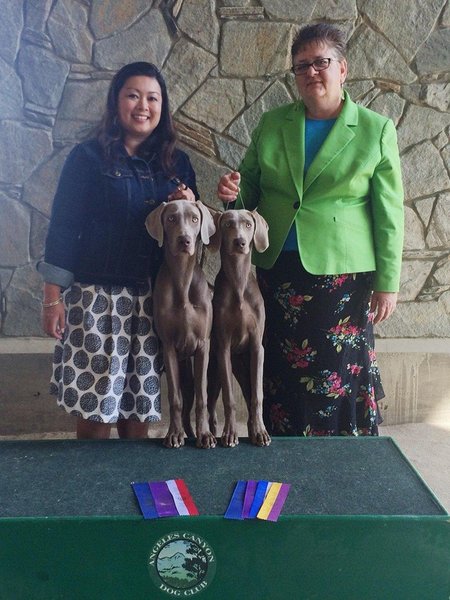