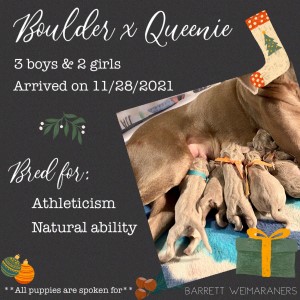 Welcome to the 2021 Boulder x Queenie Litter micro-blog! This page is intended for new owners to get a weekly update on their new puppy. Please send us a message with any questions. Thank you! – Kim 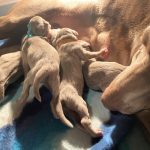 Genetics. November 30th. Day 2. Breeding is an art which includes the ability to preserve and/or enhanced desired physical and behavioral traits. The Boulder x Queenie litter in particular, was bred to produce a generation of dogs who were athletic and had natural hunting ability. It’s much too soon to know if these puppies will be natural hunting dogs, but with well-defined muscles, even at two days old, it’s already clear that they’re built for it. 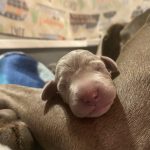 Contentment. November 29th. Day 1. Queenie has REALLY found her calling as a Mom. Every time we peek into her room and check on the little ones, everyone’s sleeping (which means their bellies are full and all their needs have been met) and Queenie is content just sitting in the whelping box with them to keep them company and keep them warm. If I had to guess, I’ll say that Queenie will be actively taking her of her kids until the day they go home. 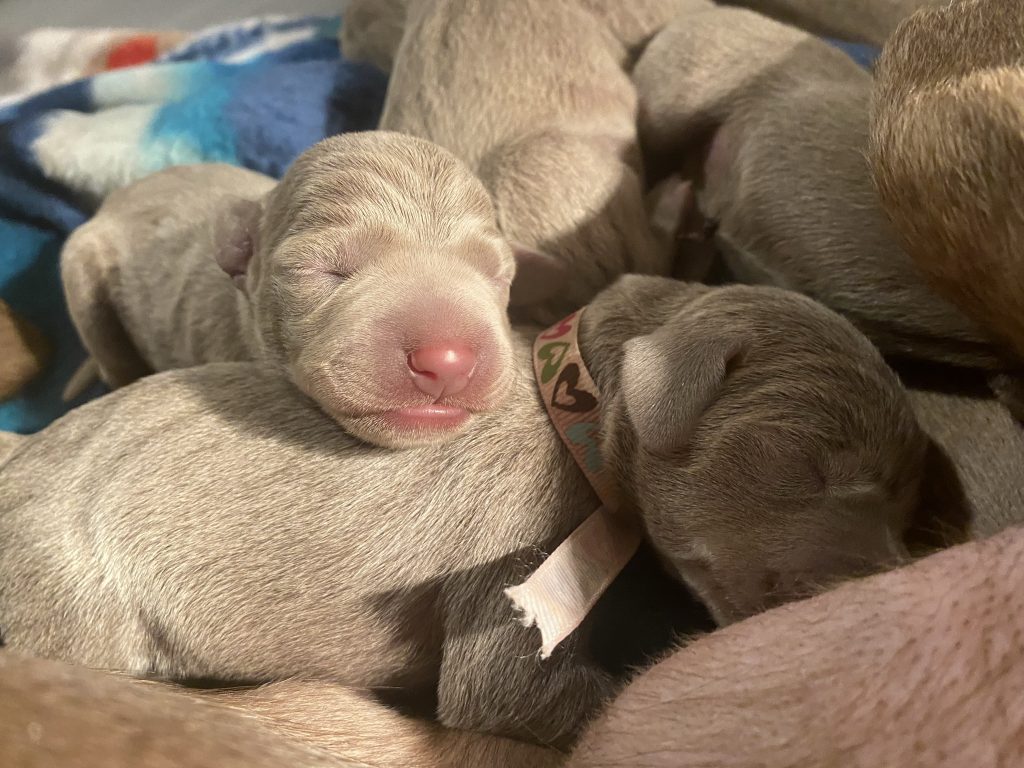 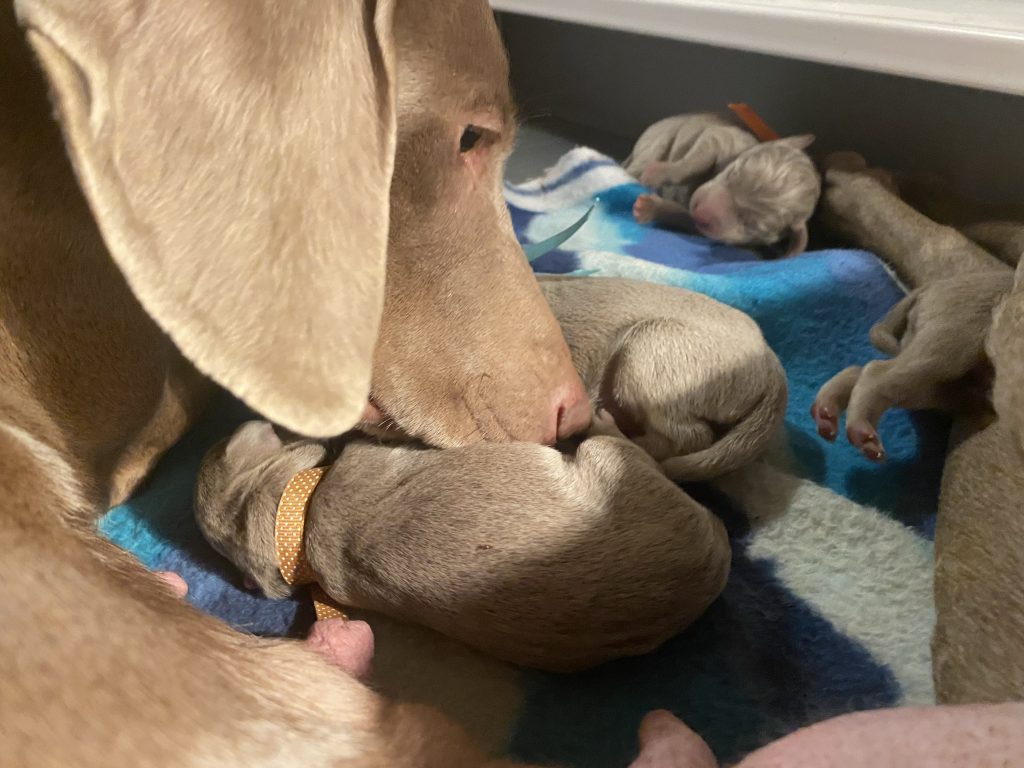 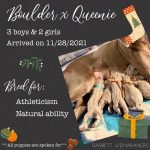 Welcome!!! November 28th. Day 0. Welcome, babies! On Sunday afternoon, Queenie went into labor and effortlessly delivered five (5) healthy puppies at home in our guest room. Birth weights are excellent, ranging from 9.1 ounces to 13.5 ounces. The girls are in pink and white collars. The boys are in blue, orange, and yellow collars. Prospective families officially have eight weeks to do their homework and get ready for their new puppies!!! 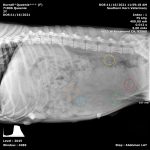 Expecting Five! November 16th. Queenie went to the vet today for a pregnancy progress check. The x-ray revealed five (5) good-sized puppies on board! Since progesterone testing was not done for Queenie, we don’t know the “exact” day she will deliver her puppies, but we know it will be sometime over Thanksgiving weekend. The whelping box has been set-up and the supplies have been ordered. Now all we have to do is wait! 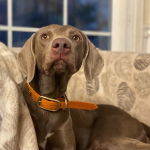 Breeding Announcement. October 3rd. In collaboration with Rugerheim Kennels, Barrett Weimaraners is pleased to announce an upcoming litter with GCH Knight n’ Barrett’s Pioneer Mountain Man, “Boulder,” and Rugerheim’s Royal Queen v. Barrett, “Queenie.” The purpose of this breeding is to produce beautiful, moderate Weimaraners with superb stamina, no-quit attitude, fluid movement and exquisite style. The best puppies out of this litter are expected to be fine personal hunting companions. As companion dogs, we expect them to be active, alert, and athletic. 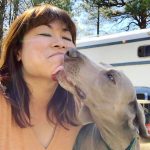 BOULDER is out of our 2013 Max x Friday litter and is my faithful companion. He is moderate in size, loyal to a fault, and affectionate as the day is long. You can read more about his street creds on his page, but in summary, Boulder has competed in show and field trial venues across the country for most of his life, and is now earning his retirement on the sofa. 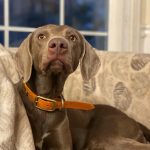 QUEENIE was bred by our good friend Terry Chandler of Rugerheim Kennels in New Mexico, is a moderate sized dog with a dark coat and amber eyes and is owned by Terry and me. In addition to being a sweet, friendly girl, Queenie is incredibly athletic and beautiful on her bird work.

The Boulder x Queenie breeding is an attempt to genetically duplicate our very successful 2020 King x Gracie litter (Queenie is a sister to King and Boulder is a brother to Gracie). Both Terry and I plan to keep a puppy each out of this litter for our next generation, and we have a couple of people on our short-list who have committed to bringing home a potential field trial prospect Weimaraner, or even dual champion-prospect Weimaraner. We expect that remaining puppies would be available for active companion/pet families. Puppies are due in late November and will go home in early February.

Please submit a prospective owner questionnaire if you might be interested in a puppy out of the Boulder x Queenie litter. Thank you!

Boulder – (Top Right) First Place in Open Gun Dog at the GSPC of Las Cruces in New Mexico in March 2019. 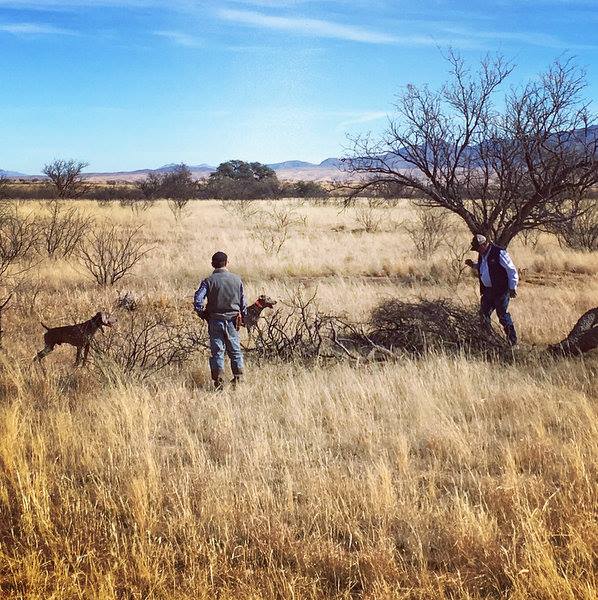 Boulder – On course in the Open Gun Dog stake at a field trial in Sonoita, Arizona. 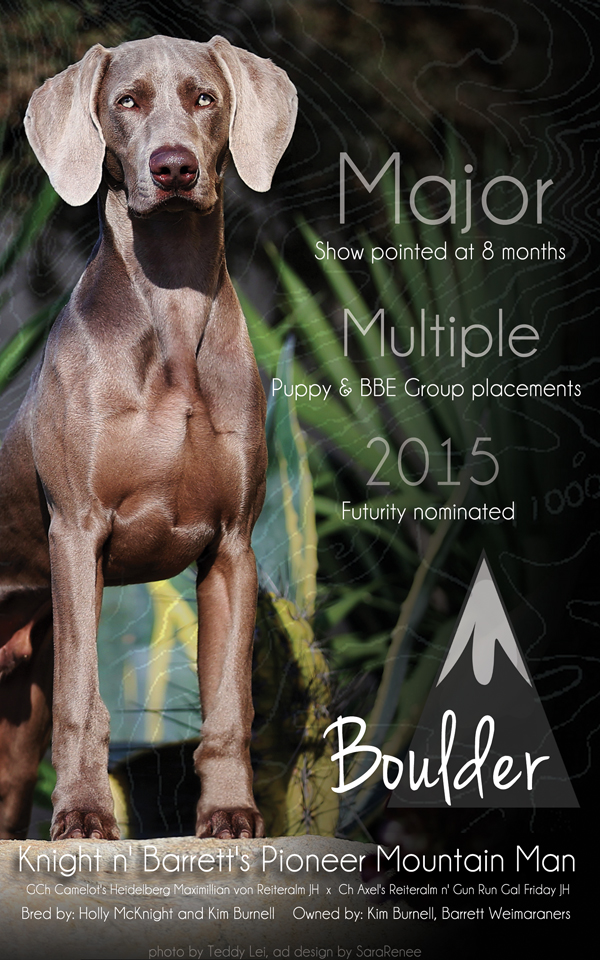 Boulder – First appearance in the Weimaraner Magazine as a young dog. 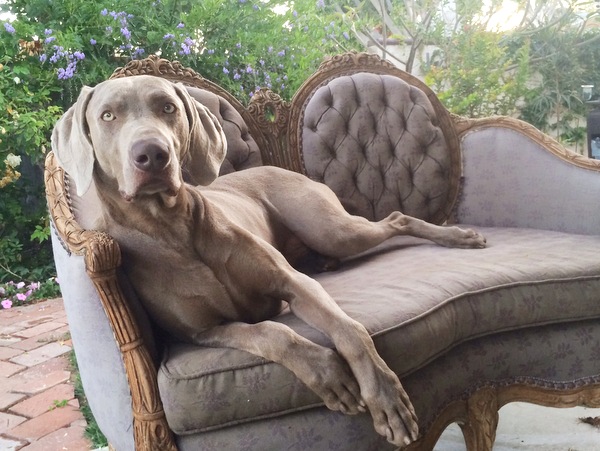 Boulder – Couch time as an adult.

Boulder – Couch time as a puppy (third from the left)… before he was designated the keeper. This picture was taken in the backyard when the puppies were one day shy of seven weeks old. 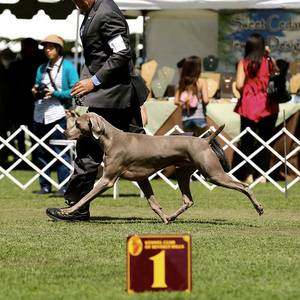 Boulder – With Robert Scott in the Sporting Group at the Long Beach Shows in June 2016.