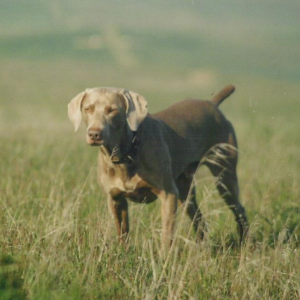 Owner’s Message: “Gus” is unlike any other dog. He is truly one of a kind. He is hard to beat, not only in temperament but working ethics as well. Currently in training for NAVHDA Utility, adn further obedience, he continues to show his true versatility. He has been ranked # 1 All Age/Gun Dog four times in his career. He is the epitome of why we breed. Thank you, Dick, Mary, Ryder and Lilly.

Hall of Fame Writeup: With both of his parents holding National Field Champioshi titles, ‘Gus’ cae by his extraordinary field talent honestly. Trained and handled by his owners Myron and Debra Meifert and handled on the Amateur side by David Gould, Gus’ field career was a continuous series of highlights. Known for remarkable biddability and consistency in his work, Gus finished his Field Championship as a 2-year old. He won 7 WCA Regional Field Classic stakes including sweeping all of the All Age/Gun Dog stakes at the 2003 Western Field Classic. He won the 2002 National Field Championship over 36 challengers and was runner up in the 2006 National Championship. Gus added the National Amateur Field Champion title to his name in 2005. Gus was the Weimaraner # 1 All Age/Gun Dog for the years 2002, 2003 and 2004, and went on to round out his field accompishments by earning a MH title, SDX, RDX and a NAVHDA UTII. In the obedience ring he earned CD and RE titles.

In addition to many local and regional field trial stake winners Gus sired 4 FCs including one who was also the winner of the 2006 National Field Futurity. He sired many very successful NAVHDA competitors, NAVHDA Breeder Award litters, NA and UT titled dogs and the NAVHDA Versatile Champion, VC Silshot’s Li’l Tom Boy SDX NA1 UT1. He also sired a NSTRA Champion and in Europe, a multi-titled dog that subsequently had a ajor influence on the European Weimaraner as a sire. 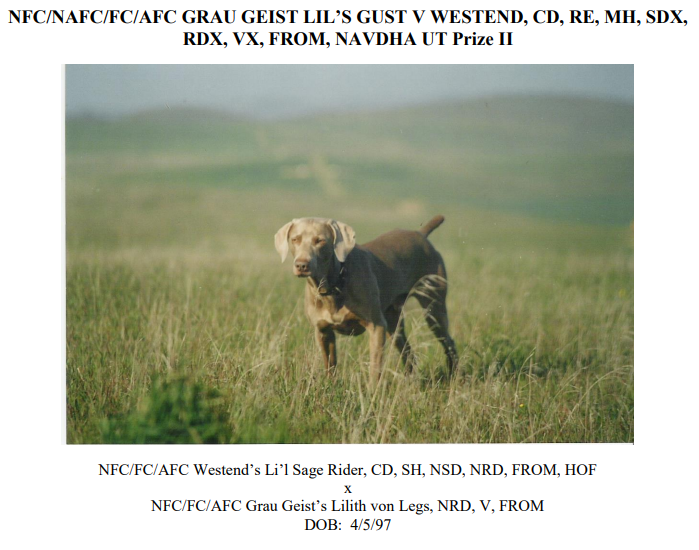 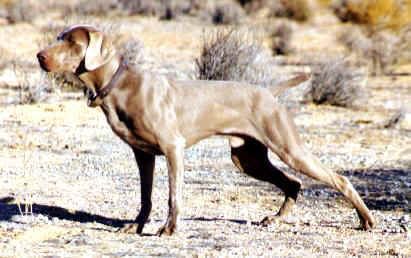 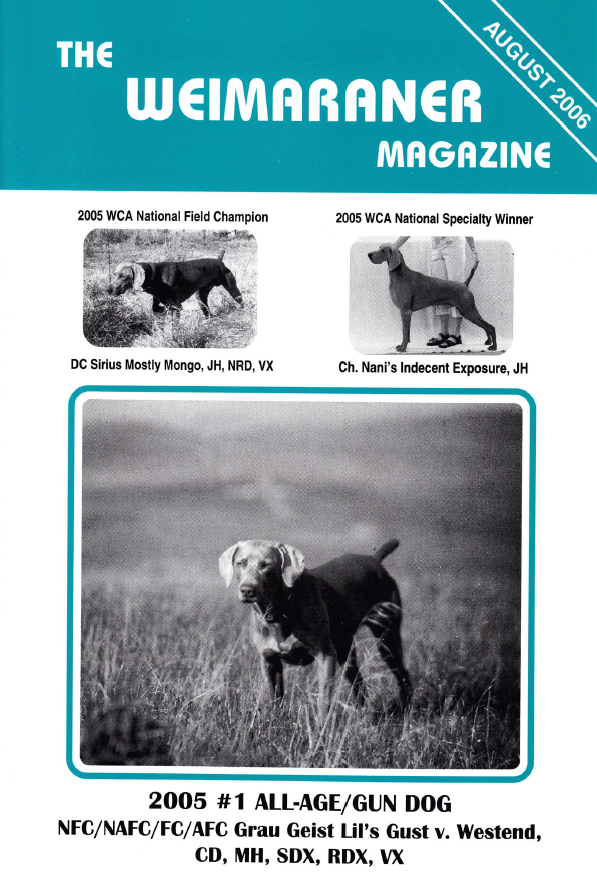 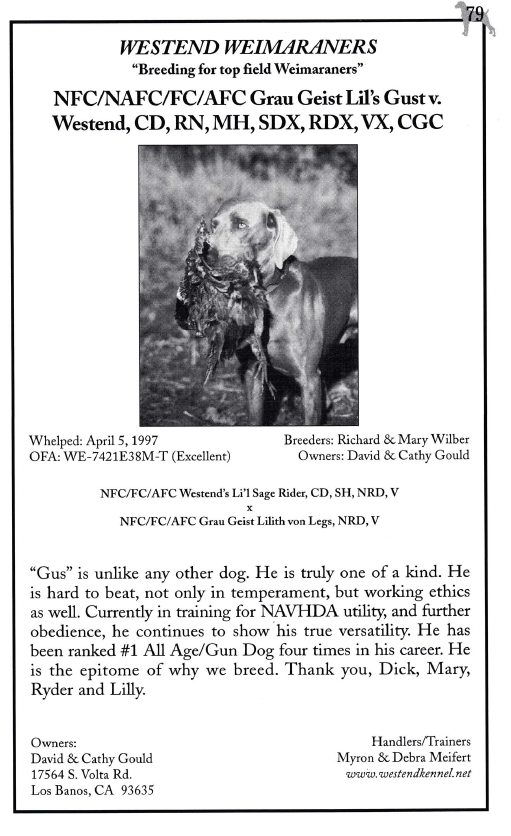 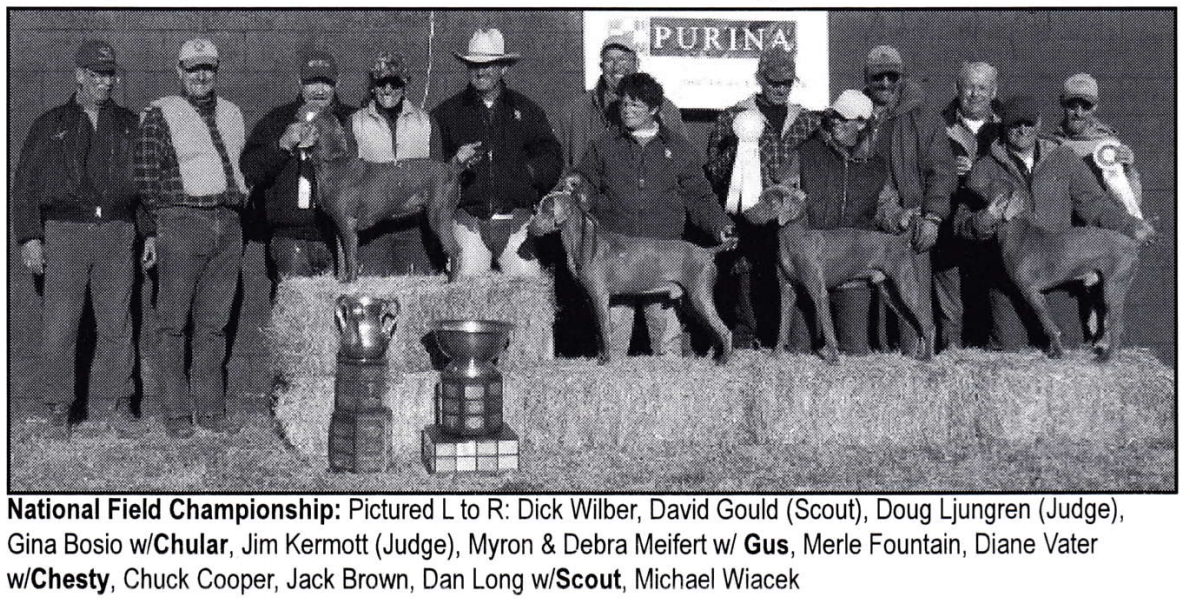 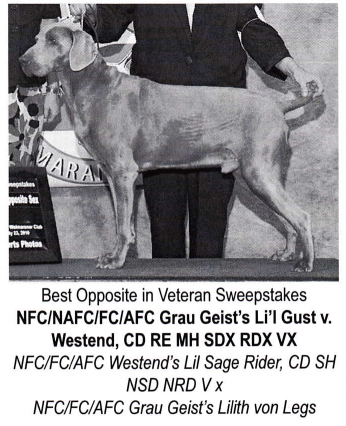 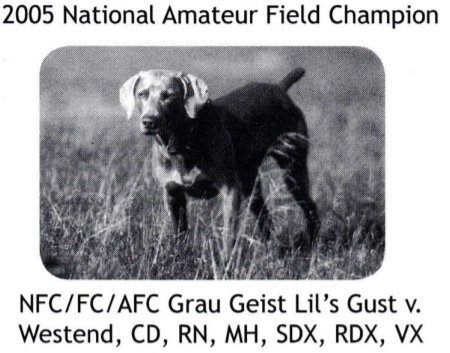 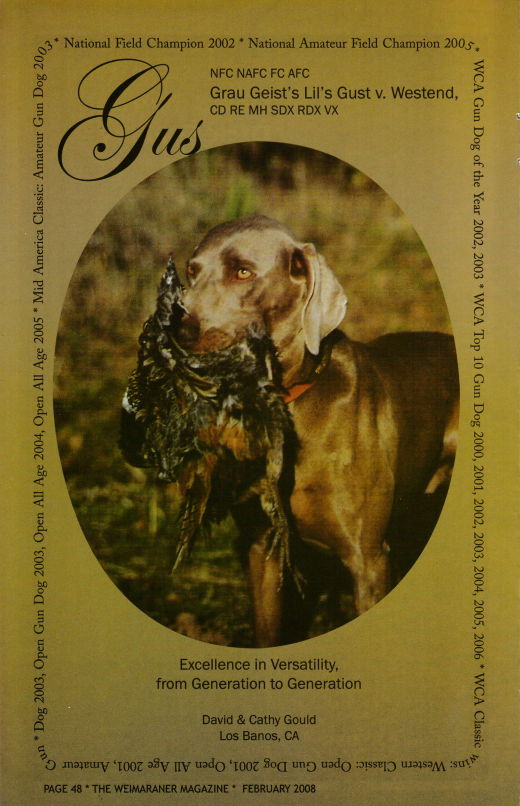 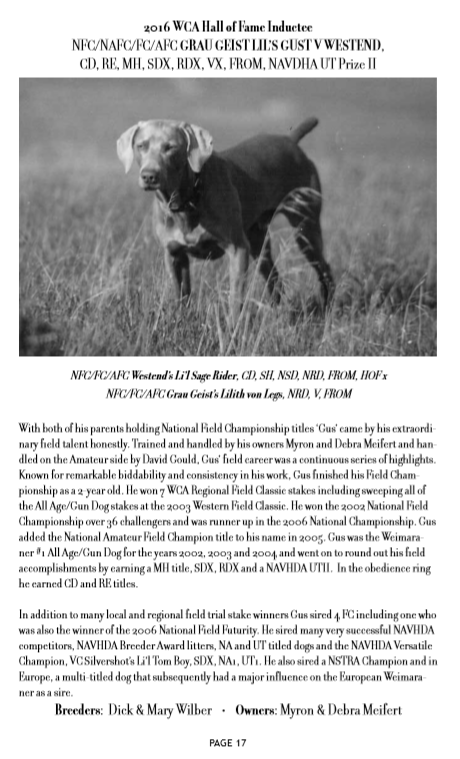 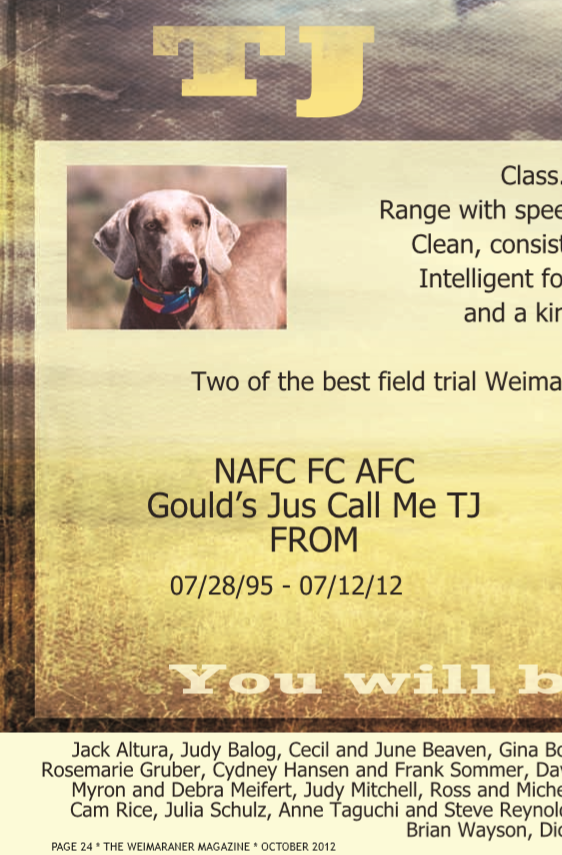 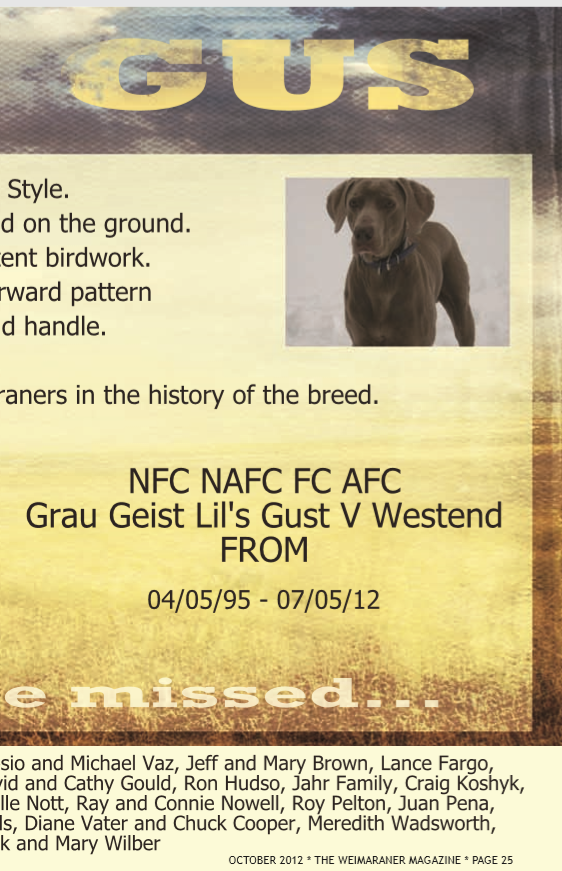