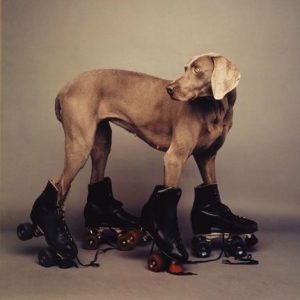 Interview a few Weimaraner breeders who are local to your area. Ask them what it’s like to live with their dogs; their experiences might be different than mine. Be sure to ask them some technical questions, too, like these. If you get a chance, go meet with them and their dogs.

This is Mango. When she was a puppy, we met with a prospective family at a local gastropub and spent an entire afternoon with them to tell them all about ourselves. We’re happy to meet you, too!

If you decide after your research that a Weimaraner isn’t for you, please consider a few other breeds that might fit your lifestyle a little bit better.

Here’s some more primer information about getting a Weimaraner puppy: